iOS 13 is going to be a whale of an update, available for free this fall for iPhone SE, 6S, and newer models. It comes with much heralded features like a system-wide dark mode, redesigned Photos app, new Memoji customizations, and more.

But as with previous versions of iOS, the software update also has a whole bunch of lesser-known features that aren’t as flashy but are greatly welcome. Here are the eight we’re most excited for — and one that we wish Apple would take back.

People hate the current volume control. When you press the volume buttons on your iOS device, a big volume graphic pops up in the middle of the screen, blocking your content.

Thankfully, Apple’s come to its senses and on iOS 13, the volume control has been redesigned so it doesn’t obscure your screen. Check it out!

Instead of covering up the center of the screen, the new volume control slides in parallel from the volume buttons and then slims down before it recedes.

Another annoyance that Apple’s fixed in iOS 13: selecting Wifi networks and Bluetooth accessories. Currently, the shortcut buttons for Wifi and Bluetooth in Control Center only toggle them on and off, and choosing a network or accessory requires going into the Settings app.

In iOS 13, you don’t even need to open the Settings app. Wifi networks and Bluetooth accessories can be selected directly from the corresponding buttons within Control Center. Android’s had this feature for years, so seeing it in iOS feels like a big finally.

3D Touch will reportedly be removed from this year’s new iPhone XR and XS successors. To prep for its death, Apple’s killed off the ability to 3D Touch an app’s icon to bring up its “Quick Actions” menu.

To be clear: Quick Actions isn’t going away in iOS 13 — you long press instead of hard pressing on an app icon — but the new method of enabling it is different. For iPhone XR users, Quick Actions is all new. iPads that support iOS 13 will also get Quick Actions for the first time. (iPads have never had Quick Actions because they lacked 3D Touch, but not anymore.)

This one’s for people who use the handwriting keyboard for Chinese. If you’ve ever wanted extra space to write out more kanji for multiple words or full sentences, or a more spacious writing area to handwrite larger characters, there’s good news!

In iOS 13, the Chinese handwriting keyboard area is adjustable, and you can resize it to your heart’s content:

If you know anything about lithium-ion batteries, you’ll know that you don’t want to have them charged up to 100 percent all the time. Keeping them juiced up that high is actually worse for their health, according to studies.

Ideally, you want to keep a lithium-ion battery charged up to around 80 percent and only discharge it to around 20 percent for the best longevity. Doing so preserves your battery’s health so it lasts longer.

In iOS 13, there’s a new “Optimized Battery Charging” toggle within the battery settings, which “learns from your daily charging routine” before charging past 80 percent. Whether or not this will actually improve your iPhone’s battery life in any meaningful way remains to be seen. At the very least, Apple’s educating users on how to preserve their iPhone batteries so that they don’t run them down as quickly.

A Reddit user confirmed that iPhone users who have two active SIM cards in their devices can send and receive iMessages from both numbers in iOS 13. The same also goes for making and receiving FaceTime calls.

Currently, in iOS 12, you can only use iMessage and FaceTime on one designated number. In iOS 13, both services work on both SIM cards. Yay!

7. Delete apps within the App Store

Deleting apps can be a real pain in the ass on iPhone. You gotta press and hold an app icon until it wiggles and an “x” appears, and then hunt through your home screen for the apps you want to get rid of.

In iOS 13, Apple’s added another way to delete apps: from within the App Store. Swiping left on an app brings up an option to delete it. No more hunting down apps on your home screen.

In addition to the many new photo effect adjustment tools Apple’s added to the Photos app, there are two new ones for adjusting perspective. Instagram’s had the ability to adjust the x-axis and y-axis skew for a photo (not for video, though) for ages, and soon you’ll be able to do it within the Photos app.

Another cool iOS 13 feature: adjusting x and y skew for photos and videos. (Instagram has had this feature for ages) pic.twitter.com/QErzWBX3Sz

The new perspective adjustments can be found within the crop tool when editing a photo or video. It’s pretty neat!

Not all features in iOS 13 are for the better, though. I found at least one new change that feels like a step backward, and that’s AirDrop.

On current versions of iOS, when you go to AirDrop a file (a photo, for example), the Share Sheet displays all the devices you can send it to. However, in iOS 13, AirDropping files requires an extra step: first tap the AirDrop icon and then an available device.

On iOS 12 (left), the people you can AirDrop to shows up in the Share Sheet)

On iOS 13 (right), you have to tap the AirDrop icon, then tap available people

As somebody who uses AirDrop daily to move files between my iPhone and iPad and Mac, I’m not a fan of this change. I get why Apple made it — the area’s reserved for “sharing suggestions” contacts within apps like Messages and Mail in iOS 13 — but that doesn’t change the fact that AirDrop is now a three-step process (tap share icon, then AirDrop icon, then device) instead of a two-step one. 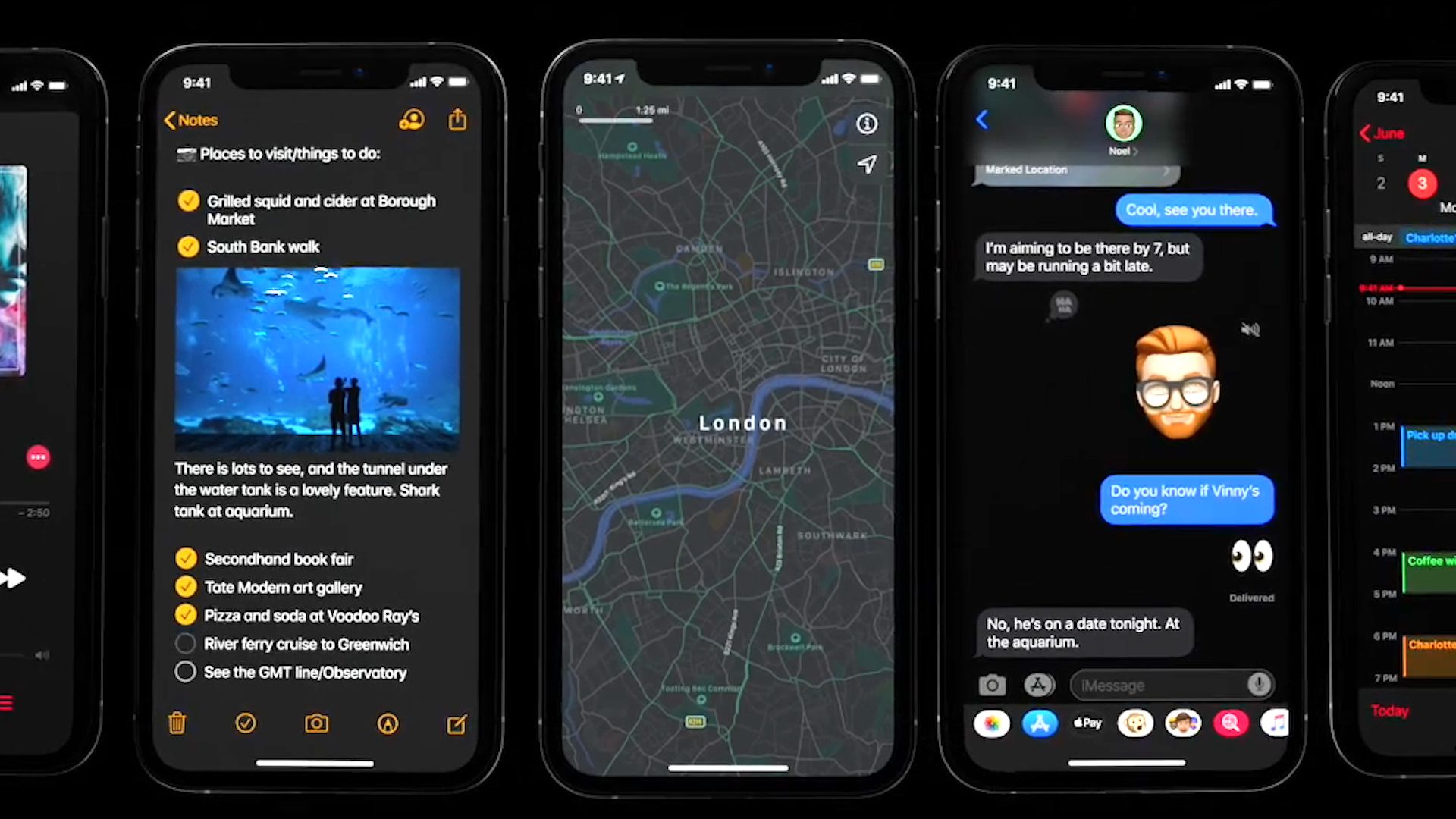