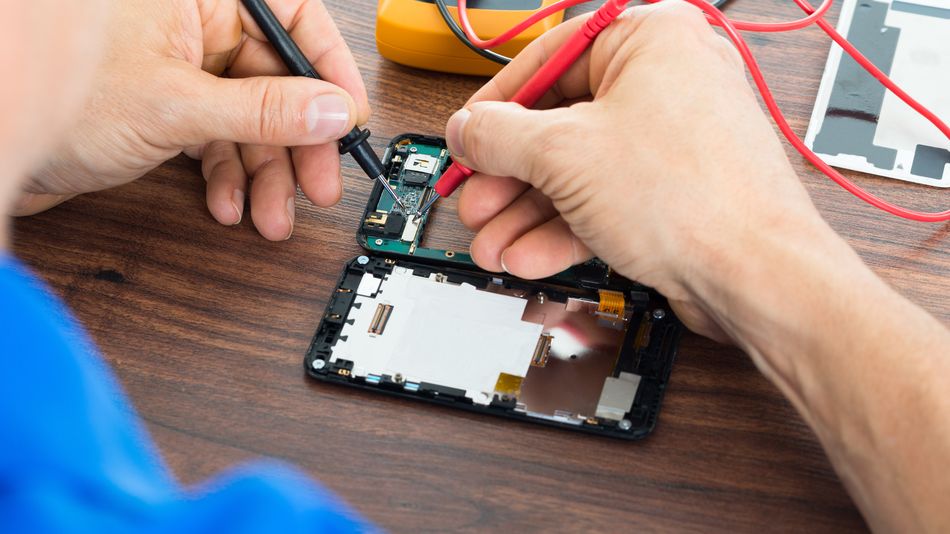 There’s a simple reason to buy refurbished tech instead of a brand-new device—saving money. But it’s also nice to avoid sending a gadget to the landfill.

The problem is that refurbed products are not new, and likely had a life before they came to you. Maybe it was a short life with few tribulations, but maybe not. It was enough of one that the product was sent back and given an overhaul to make it workable again, or at least a once-over to make sure it still delivers. That all happened under the original product warranty—a warranty you may not receive when giving that product a second chance.

You may also have to forego the original accessories, and deal with a few imperfections.

Here’s the quick rundown of what you should know before you click the buy button on a renewed/revamped piece of hardware. If you can’t get these answered to your satisfaction, stick with purchasing brand new.

Is it a refurb or open-box return?

A typical open-box product is one that was purchased and opened, but returned before it was ever used. Maybe the buyer or recipient didn’t want it, or maybe the packaging was damaged so it was returned as a precaution, even though it worked fine.

Technically, I’d argue that to be a true refurb, a device needs some kind of repair, cleaning, or sprucing up. Legally, there’s no real definition for “refurbished.” It can signify whatever a vendor or seller wants it to mean. You may also see terms like “pre-owned” and “reconditioned,” which are also synonyms, until they’re not. But all returned products that get resold again tend to get lumped together.

Thankfully, there are that prevent companies from selling returned products as if they’re brand new. You can benefit from that. Because once the “stink” of refurbishment is on a product, the price should go way down.

Ask the seller about a product’s origin and hope for an open-box product; you may not be the first owner, but you could be the first user.

Who performed the refurb?

Not all restorations are alike. It could be performed by the original manufacturer, but it’s possible a third party did the work and is reselling it.

In general, sticking with the original company is the smart move: they’ll have the right packaging and parts to make the product as close to new as possible. Look for “factory-certified” or similar nomenclature.

That said, you can get real savings from a third-party refurbish. Despite the fact that it’s an arena described by some as, at best, the wild west, where there’s no real way to determine quality until you’re already out the money. Buyer beware.

Does it come with all the stuff?

Opening an iPhone box and not finding a charger and some earbuds is a sad experience. But it’s entirely likely with a refurbed purchase. (After all, someone who returns or sells their iPhone doesn’t usually send in the headphones, because, ew.)

That’s another reason to look at refurbs mainly from the direct vendor. You’re more likely to get all the accessories in the box. That goes for things like software that might ship with a PC as well, even though that’s more likely to come as a code for a download nowadays. And maybe you can even get the product in something much closer to the original packaging, if that’s important to you.

Does the product still have a warranty?

Don’t buy any product, refurbed or brand new, that is advertised “as-is.” That literally takes away any implied warranty a product might have. The buyer is risking getting a product that may not even work properly. Simply because a device starts doesn’t mean it can go online, get a signal, etc.

The reason you may see the “as-is” clause when someone tries to sell to you is that used products in many states get that implied warranty by law. A product has to be able to do what it was designed to do, even if sold used. If it’s a phone, it better make calls (phones still do that, so I’m told). If it’s a laptop, it better boot up and go on the internet. If it’s a webcam, it better make you on that meeting.

Your best bet: ask the seller directly if a new warranty/guarantee is in place. If the device was refurbed by the original manufacturer, this may be even more likely. Without a warranty, the savings may not always be worth it. Also confirm the length of the warranty. Six months on a device that originally had one year is not in your favor.

What condition is it in?

There are no rules on how to grade a refurbished product, outside of the fact that the seller can’t say it’s brand new. They can, however, say it’s “like new.”

That might mean it was never used, but could also mean that the product was refurbished to that state after the product had a hard life. Maybe things like scratched/cracked screens got replaced, for example. It’s worth knowing exactly what “like new” means.

After “like new,” the options are all “used” in some form, from “gently” on down, and you’ll find variations on those listings from site to site, vendor to vendor.

It takes a while to notice problems in some products. You want at least a month—not much to ask when companies selling giant mattresses give you 100 days. That should go for refurbed products as well. If you can’t get at least two weeks to futz with a refurbed product with the option to return it at no cost, don’t bother. Many will say “sale final” and you don’t want that—unless you do, because the savings are astronomical.

Buying refurbished is exactly the kind of transaction where it should go without saying, but read the fine print. Also, when you get the product, do a thorough inspection the minute you open it. Depending on the amount of work performed on the device, you may want to take advantage of that return policy post haste.

What should I not buy refurbished?

That’s ultimately up to you, but we recommend avoiding the following:

Some of those might be okay if you trust the company behind the renewal of the product. Conversely, you should only buy refurbished products from some companies because they’re too expensive when new (cough, , cough).

Does my credit card offer protection?

Probably. Many credit cards actually extend warranty coverage—that is, assuming there was a warranty of some sort already on the product. That includes refurbs…in most cases. in 2017 showed that 66 percent of all cards would cover refurbs with a pre-existing warranty, while 47.2 percent would extend a separately purchased warranty.

are a perk on many cards, but not all. Obviously, you need to use that card to make the purchase. You can find it on cards from Citi, Chase, Capital One, American Express, and quite a few others. (Discover doesn’t have it, they killed it in 2018.) Even several no-fee cards offer the benefit.

Before you buy the refurb product, especially something high-end like a smartphone or laptop, make sure the card will have your back by giving them a call. Then, when you make a purchase, be sure to keep the receipt and a copy of the original/refurb warranty. You may need repair estimates to fix a device as well to .

Hell no. You better be doing some . When you do find a cheap refurb, go to another refurb site and see if the same or similar model in question is available there for even less. That said, don’t let price dictate everything. Sometimes you just may trust a site or vendor enough to spend an eensy-bit more for peace of mind.

What companies do refurbs?

Here’s a quick listing of tech vendors with some of the best refurbished product programs going.

If your favorite vendor isn’t in this list, just Google its name with “refurbished” and you’re likely to find the used goods.

Retailers are also in the business; many rebuild products to resell all over again, but these are a good place to find an open-box returned item as well.

Then there are the refurb specific sellers, places that do nothing except sell you renewed goods at a price that you can both agree on. Usually they even include a warranty.

Whether you can find the specific product you want on those sites is another matter, but it doesn’t hurt to look, and ask some serious questions before you buy.

This hat helps you never forget your mask — Future Blink