They say imitation is the highest form of flattery, but in the increasingly competitive world of banking, perhaps poaching your best people also counts. In a move that is bound to raise eyebrows in London’s fintech ecosystem and beyond, Megan Caywood, who up until this week was Starling Bank’s Chief Platform Officer, is joining banking incumbent Barclays.

According to sources, Caywood, who led Starling’s marketplace banking efforts — a key pillar of the challenger bank — handed in her notice two weeks ago, whilst Starling Marketplace partners were informed last week. I understand she is currently on “gardening leave” and will officially become Managing Director, Head of Barclays Consumer Strategy early next year.

With an academic background in cognitive science research, and a Silicon Valley import — having worked at Xero and Intuit in the U.S. — Caywood joined Starling in June 2016 where she soon became an important lieutenant to Starling CEO and founder Anne Boden, often appearing publicly as the second face of the challenger bank. I understand, however, that the pair remain good friends and that Starling threw a leaving party for Caywood last week. 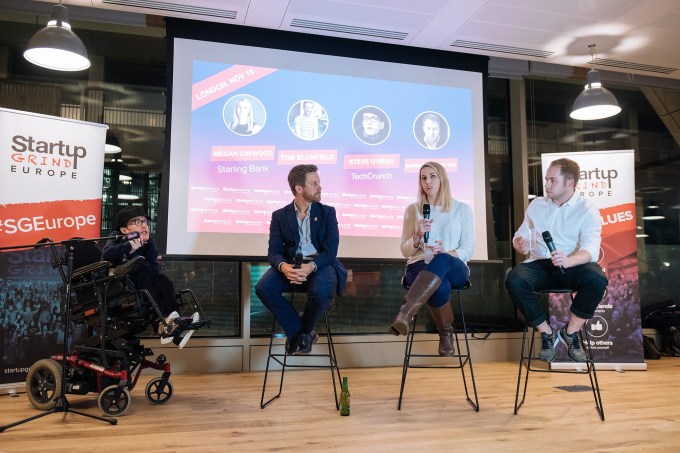 Meanwhile, the move to Barclays is thought to be primarily motivated by the impact Caywood believes she can have at a large bank compared to an upstart, according to a source familiar with her thinking. Caywood has always talked passionately about making financial services work better for consumers and has long-argued that banks working with fintech startups is the best way to achieve this.

Related to this, Caywood’s new title at Barclays makes no reference to marketplaces, even though my fintech sources tell me Barclays is rumoured to be working on more third-party integrations. As a pointer, the incumbent bank has a number of existing partnerships, including with London startup Flux to offer itemised digital receipts and loyalty within the Barclays Launchpad app.

It is also noteworthy that Caywood’s title doesn’t include ‘UK’, and I understand that her remit is going to be international, perhaps expanding across the pond based on her Silicon Valley roots and the fact that she is American.

During her two and a half years at Starling, Caywood helped design and rapidly roll out the Starling Marketplace, which includes an open API and a marketplace of third-party financial services that sit inside of the Starling app. Marketplace partners include Flux, mortgage broker Habito, travel insurance provider Kasko, and investment products Wealthify and Wealthsimple, amongst others.

I’ve reached out to Caywood, who declined to comment, instead referring me to Barclays’ PR.