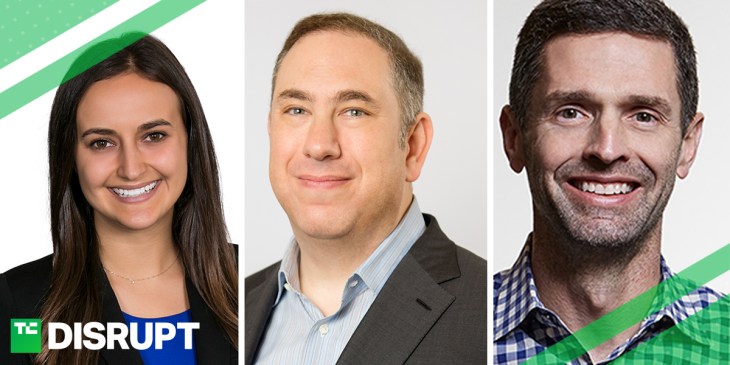 In the past couple decades, Elon Musk’s efforts with SpaceX have partially kicked off a space race in the VC-funded rocket startup scene. At Disrupt SF 2018, we’re thrilled to host a panel of some of Silicon Valley’s top investors whose firms are eying the stars.

Rob Coneybeer from Shasta Ventures, Tess Hatch from Bessemer Venture Partners and Matt Ocko from DCVC will all be joining us to discuss their points of view on the commercial space industry and where the major opportunities lie for startups looking to penetrate the market.

We’ll hopefully get a closer look at some of the dominating trends in the industry from the trio whose careers have taken them through legacy space companies and led them to make several investments in young space startups.

Rob Coneybeer is a managing director at Shasta Ventures, a firm he co-founded back in 2004. He has a masters in mechanical engineering from the Georgia Institute of Technology and worked as an engineer in Martin Marietta’s Astro Space division earlier in his career. Coneybeer has directed a number of investments in the space sector, including Accion Systems, Spire and Vector.

Tess Hatch is an investor at Bessemer Venture Partners. Hatch has a masters in aeronautical engineering from Stanford and has had stints at NASA, SpaceX, Northrup Grumman and Boeing previous to joining Bessemer. She’s currently the board observer for a number of the firm’s investments including Spire and Rocket Lab.

Matt Ocko co-founded DCVC 7 years ago and has continued to serve as the firm’s co-managing director. Ocko has several decades of experience as an investor and entrepreneur in Silicon Valley. Since its co-founding, DCVC has made investments in Akash Systems, Capella Space, Descartes Labs, Planet and Rocket Lab.

We’ll be dialing into the attitudes among investors regarding the competitive arena and we’ll be looking for insights into how the esteemed group sees the industry transforming in the next decade.

Disrupt SF will take place in San Francisco’s Moscone Center West from September 5 to 7. The full agenda is here, and you can still buy tickets right here.