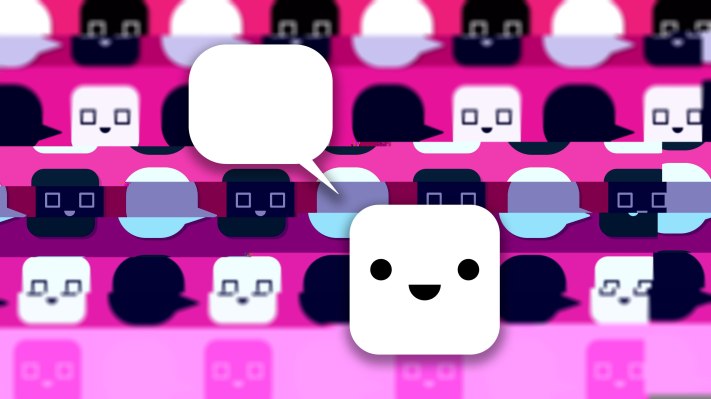 Conversational AI and the use of chatbots have been through multiple cycles of hype and disillusionment in the tech world. You know the story: first you get a launch from the likes of Apple, Facebook, Microsoft, Amazon, Google or any number of other companies, and then you get the many examples of how their services don’t work as intended at the slightest challenge. But time brings improvements and more focused expectations, and today a startup that has been harnessing all those learnings is announcing funding to take to the next level its own approach to conversational AI.

Rasa, which has built an open-source platform for third parties to design and manage their own conversational (text or voice) AI chatbots, is today announcing that it has raised $13 million in a Series A round of funding led by Accel, with participation from Basis Set Ventures, Greg Brockman (co-founder & CTO OpenAI), Daniel Dines (founder & CEO UiPath) and Mitchell Hashimoto (co-founder & CTO Hashicorp).

Rasa was founded in Berlin, but with this round, it will be moving its headquarters to San Francisco, with a plan to hire more people there in sales, marketing and business development; and to continue its tech development with its roadmap including plans to expand the platform to cover images, too.

The company was founded 2.5 years ago, by co-founder/CEO Alex Weidauer’s own admission “when chatbot hype was at its peak.”

Rasa itself was not immune to it, too: “Everyone wanted to automate conversations, and so we set out to build something, too,” he said. “But we quickly realised it was extremely hard to do and that the developer tools were just not there yet.”

Rather than posing an insurmountable roadblock, the shortcomings of chatbots became the problem that Rasa set out to fix.

Alan Nichols, the co-founder who is now the CTO, is an AI PhD, not in natural language as you might expect, but in machine learning.

“What we do is more is address this as a mathematical, machine learning problem rather than one of language,” Weidauer said. Specifically, that means building a model that can be used by any company to tap its own resources to train their bots, in particular with unstructured information, which has been one of the trickier problems to solve in conversational AI.

At a time when many have raised concerns about who might “own” the progress of artificial intelligence, and specifically the data that goes into building these systems, Rasa’s approach is a refreshing one.

Typically, when an organization wants to build an AI chatbot either to interact with customers or to run something in the back end of their business, their developers most commonly opt for third-party cloud APIs that have restrictions on how they can be customized, or they build their own from scratch — but if the organization is not already a large tech company, it will be challenged to have the human or other resources to execute this.

Rasa underscores an emerging trend for a strong third contender. The company has built a stack of tools that it has open-sourced, meaning that anyone can (and thousands of developers do) use it for free, with a paid enterprise version that includes extra tools, including customer support, testing and training tools, and production container deployment. (It’s priced depending on size of organization and usage.)

Importantly, whichever package is used, the tools run on a company’s own training data; and the company can ultimately host their bots wherever they choose, which have been some of the unique selling points for those using Rasa’s platform, when they are less interested in working with organizations that might also be competitors.

Adobe’s new AI assistant for searching on Adobe Stock, which has some 100 million images, was built on Rasa.

“We wanted to give our users an AI assistant that lets them search with natural language commands,” said Brett Butterfield, director of software development at Adobe, in a statement. “We looked at several online services, and, in the end, Rasa was the clear choice because we were able to host our own servers and protect our user’s data privacy. Being able to automate full conversations and the fact it is open source were key elements for us.”

Other customers include Parallon and TalkSpace, Zurich and Allianz, Telekom and UBS.

Open source has become big business in the last several years, and so a startup that’s built an AI platform that has a very direct application in the enterprise built on it presents an obvious attraction for VCs.

“Automation is the next battleground for the enterprise, and while this is a very difficult space to win, especially for unstructured information like text and voice, we are confident Rasa has what it takes given their impressive adoption by developers,” said Andrei Brasoveanu, partner at Accel, in a statement.

“Existing solutions don’t let in-house developer teams control their own automation destiny. Rasa is applying commercial open source software solutions for AI environments similarly to what open source leaders such as Cloudera, Mulesoft, and Hashicorp have done for others.”