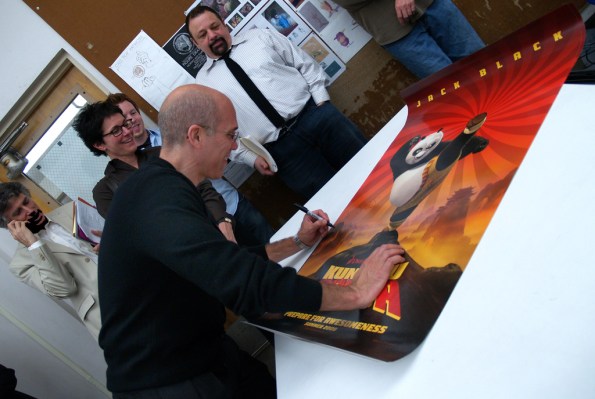 Jeffrey Katzenberg’s new mobile video startup NewTV, which snagged Meg Whitman as CEO in January, has now closed on $1 billion in funding, according to a report out today in CNN. Investors in the round include Disney, 21st Century Fox, Warner Bros, Entertainment One and other media companies, with a combined $200 million investment, while institutional investors from the U.S. and China made up the rest.

The news follows a May report from Bloomberg, which said NewTV had then raised around $800 million. It had also said 21st Century Fox and Warner Bros. were investors.

Last fall, an SEC filing revealed WndrCo was looking to raise as much as $2 billion.

Details are still fairly sparse on NewTV, which is being incubated by Katzenberg’s WndrCo, a holding company that’s also invested in startups including Mixcloud, Axios, Node, Flowspace, Whistle Sports, and TYT Network.

So far, we know NewTV aims to bring high-quality Hollywood production values and storytelling to mobile, but in a different format. Instead of producing regular-length TV shows, it aims to release content in “bite-sized formats of 10 minutes or less.” This will also involve custom-designed technology built specifically for mobile, it claims.

But it’s unclear why – beyond having Katzenberg and now Whitman’s names attached – this makes the company worth a billion dollar investment. The market for this type of content hasn’t really been proven out. After all, today’s youngest video consumers are happy with YouTube – their TV alternative of sorts – which is filled with short-form video.

And while YouTubers’ grasp of production values and storytelling chops may fall short of “Hollywood” standards, streaming services like Amazon, Netflix, Hulu and others are filling in the gaps in terms of quality, and are growing sizable subscriber bases.

If there is actually demand for “high-quality short-form” video, it seems content producers could just sell to existing distributors directly.

It’s also unclear for now if NewTV aims to own and distribute its content to others, act as its own standalone streaming service, or plans for a mixture of both.

In any event, as CNN points out, even a large round like this is a small bet for the bigger media companies involved. In addition, they don’t want to miss a shot at backing Katzenberg’s latest – especially given his prior successes at Paramount, Disney and DreamWorks.

Facebook’s debacle, $100M rounds and Slack links up with Atlassian