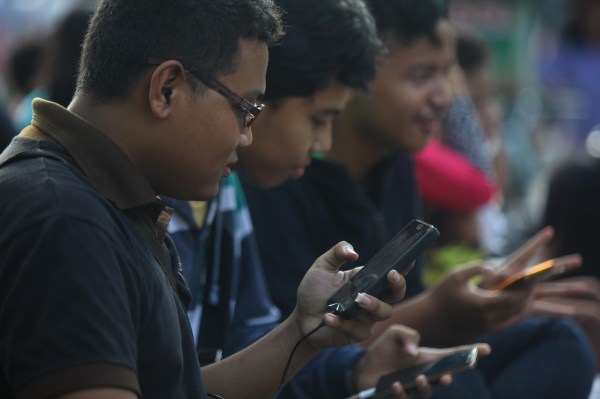 Julo, a peer-to-peer lending platform in Indonesia, said on Wednesday it has extended its $5 million Series A raise to $15 million as it looks to scale its business in the key Southeast Asian market.

The $10 million Series A2 round for the Jakarta-headquartered startup was led by Quona Capital, with Skystar, East Ventures, Provident, Gobi Partners, and Convergence participating in it. The two-year-old startup, which has raised about $16 million to date, is now closing the round, Adrianus Hitijahubessy, co-founder and CEO of Julo, told TechCrunch in an interview.

Through its eponymous Android app, Julo provides loans of about $300 to users at aggressively competitive rate of 3-5% per month — one of its key differentiating factors. Julo has managed to keep its interest rate low because its credit scoring system is more efficient than those of its rivals, claimed Hitijahubessy, who has amassed more than a decade of experience in credit scoring system using alternative data from his previous stints.

“There are lots of players in this market. Not just Indonesia, but globally. But it comes down to who actually knows what they are doing. The bar is becoming higher and it is increasingly becoming difficult for digital lending companies to just launch an app and charge high interest rate,” he said.

Julo works with banks and individuals to finance loans to customers. It says it has disbursed about $50 million to date.

Hitijahubessy said Julo will use the fresh capital to expand the team and enhance its credit score system. The startup intends to focus on growing its business in Indonesia itself.

In a statement, Ganesh Rengaswamy, co-founder and partner of Quona Capital, said, “a significant majority of JULO’s loans are used for productive purposes that can enhance the economic well-being of families and small businesses — driving financial inclusion in Indonesia, which is a cornerstone of Quona’s focus.”

Digital lending is becoming an increasingly crowded space in South Asian markets. In India, for instance, a growing number of digital mobile wallets including Paytm and MobiKwik have recently started to offer credits to customers.