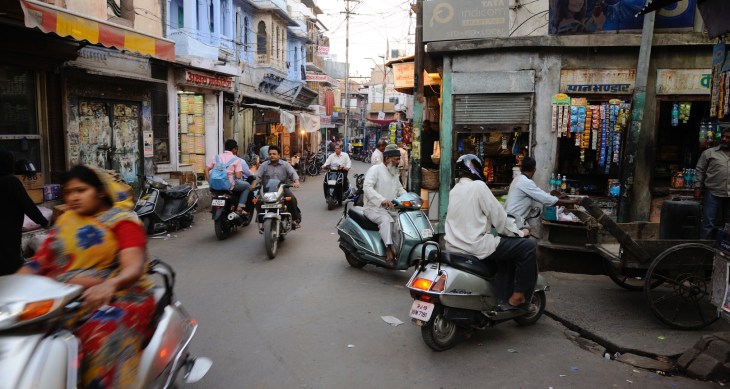 Bounce, a Bangalore-based startup that offers more than 5,000 electric scooters for rent in India, has raised $72 million to accelerate its bid to impact how people navigate India’s traffic-clogged urban areas.

This new money means that the startup has raised $92 million to date. The current round valued it at more than $200 million, a person familiar with the matter said.

Bounce, formerly known as Metro Bikes, operates in Bangalore. Its app allows users to pick up a scooter and, when their ride is finished, drop it off at any parking spot. It charges customers based on the time and model of electric scooter they choose. An hour-long ride could cost as little as Rs 15 (21 cents). The startup claims it has already clocked two million rides.

Vivekananda Hallekere, co-founder and CEO of Bounce, told TechCrunch in an interview that the startup plans to use the fresh capital to add over 50,000 electric scooters to its fleets by the end of the year. Additionally, Bounce, which employs about 200 people, plans to enter more cities in India and invest in growing its tech infrastructure and head count.

“We have about ten metro and non-metro cities in mind. Starting next quarter, we will start to expand in those cities,” he said. The startup also aims to service one million rides in the next one year.

Hallekere said Bounce, which currently offers IoT hardware and design for the scooters, is also working on building its own form factor for scooters.

The rise of Bounce comes as it bets that shared two-wheeler vehicles — already a common mode of transportation in the nation — will play an important role in the future of ride-sharing, with electric vehicles replacing petrol ones.

This bet has gained more momentum in recent years. Startups such as Yulu, which partnered with Uber earlier this year to conduct a trial in Bangalore, Vogo, which raised money from Uber rival Ola, and Ather Energy have expanded their businesses and gained the backing of major investors.

Their adoption, though still in their nascent stages, is increasingly proving that for millions of people rides from Uber and Ola are just too expensive for their wallets. Besides, in jam-packed traffic in Bangalore and Delhi and other cities in India, two wheels are more efficient than four.

Clockwise nabs $11M Series A to make your calendar smarter