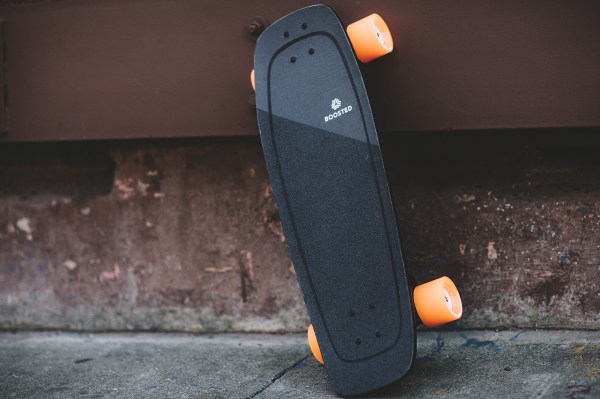 Boosted has scored some serious cash as it looks to move beyond the world of electric skateboards to conquer new forms of personal transportation.

The startup announced today that it has closed a $60 million round of Series B funding co-led by Khosla Ventures and iNovia Capital. Stanford’s StartX and Bay Meadows also participated in the round. Boosted has now raised north of $70 million.

The company founded in 2012 is the most recognizable name in the quickly crowding field of electric skateboards, but Boosted is now looking to grow its ambitions to new personal transportation verticals in the “light vehicle type” category.

So, does this mean Boosted is building a scooter?

Well, that certainly seems like a serious possibility, though we mainly just have a statement from Khosla Ventures partner Samir Kaul to go off of at the moment.

“From day one, Boosted has been built as a scalable light electric vehicle company that can expand its portfolio to all kinds of vehicle form factors, including perfecting the vehicle types we see on the street today, and introducing others that are more novel,” Kaul wrote in a release. “We’re very much looking forward to 2019 and sharing what is coming next..”

The company’s bread-and-butter has long been their longboards, but they switched things up a little bit this year when they introduced the $749 Boosted Mini S. The shortboard shrunk the company’s form factor but more critically lowered the cost of entry to their line of products.

The company also pushed further into the high-end with the $1,599 Boosted Stealth. More interestingly, the new line of hardware started being built entirely in-house. The wheels, the decks and the trucks are all Boosted-built.

With $60 million in fresh funding, investors are obviously channeling some of their newfound excitement in bike and scooter transportation platforms into the Boosted brand. While the on-demand platforms have largely been the ones gathering venture cash to date, Boosted has developed a pretty solid brand name for itself in the electric skateboard space, one that can probably step into new vehicle verticals with a certain level of prestige already attached.

The Trump campaign digital operation is built to capture your data

Coronavirus: Personal ketchup and a one-way system around the grill – how to have a socially distanced barbecue | UK News

The Trump campaign digital operation is built to capture your data

Coronavirus: Personal ketchup and a one-way system around the grill – how to have a socially distanced barbecue | UK News