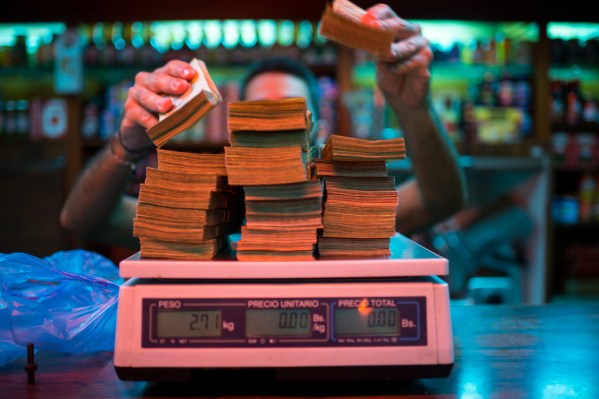 Bringing on an institutional investor like Morgan Stanley is often a signal that the company has reached the stage where it is at least beginning to think about the possibility of going public at some point in the future. AtScale CEO Chris Lynch acknowledged such a connection without making any broad commitment (as you would expect). “We are not close to being IPO-ready, but that was a future consideration in selecting Morgan Stanley,” Lynch told TechCrunch.

What the company does is help take big data and move it into tools where customers can make better use of it. AtScale co-founder Dave Mariani used to be at Yahoo where he helped pioneer the use of big data in the 2009/2010 timeframe. Unfortunately, systems at the time couldn’t deal with the volume of data and that is still a problem, one that AtScale says it is designed to solve. “We take a bunch of data silos and put a semantic layer across the data platforms and expose them in a consistent way,” Mariani told TechCrunch last year at the time of the Series C round. This allows company to get a big picture view of their data, rather than consuming it smaller chunks.

AtScale reported a banner year bringing on 50 new customers across their target verticals of retail, financial services, advertising and digital sales. These include Rakuten, Dell Technologies, TD Bank and Toyota. What’s more, the company stretched out this year, taking advantage of the last funding round to expand more into international markets in Europe and Asia, as the new client list illustrates.

The company was founded in 2013 and is based in San Mateo, California.

See you in Poland next week

This sun-powered charger will reduce battery angst while camping

This sun-powered charger will reduce battery angst while camping