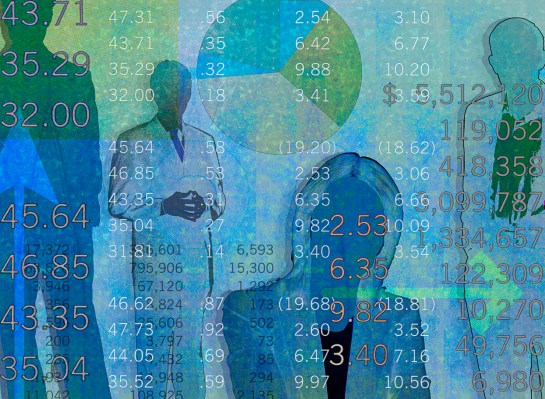 The participation of Sapphire Ventures, originally launched by SAP, and Salesforce Ventures, the venture arm of Salesforce, is particularly telling. One of the issues these enterprise software companies face when they go inside large enterprises is helping customer access and understand data wherever it lives. It’s one of the reasons that Salesforce bought Mulesoft for $6.5 billion last year.

This is a problem that employees face, as well. It’s simply inefficient to query multiple databases manually, or to even know what databases exist inside a large organization. Alation uses out-of-the-box connectors to connect to common data sources like Oracle, Redshift, Teradata, Spark and Tableau to create a centralized data catalog.

With that catalog in place, employees can search just as they would with any enterprise search engine with the notable difference that this tool is focussed strictly on structured data inside of supported data sources.

The company goes beyond pure matching to find the data an employee is searching for. Company CEO and co-founder Satyen Sangani says they also use a method to analyze usage to display the most likely result. “What differentiates us in particular is that we look at the logs of how people are using that information,” he explained. This is analogous to how Google uses the PageRank algorithm to measure the popularity of a page based on the number of times people link to a page. 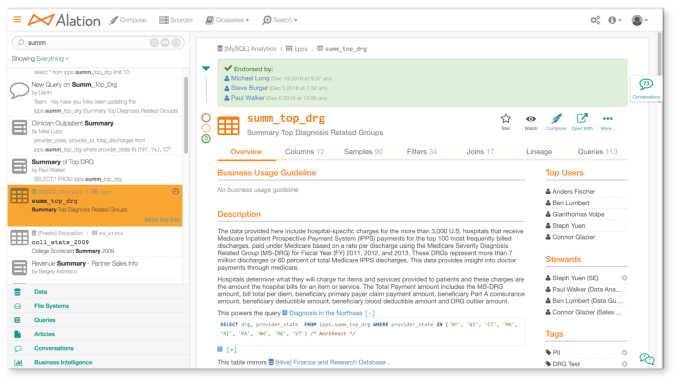 It is certainly not alone in the space with competitors like Alteryx and Informatica, but Alation’s approach seems to be resonating. Sangani reports triple-digit growth 4 years running. The company has soared from 89 employees at the end of last year to around 200 today. It boasts 100 large enterprise customers in production including names like BMW, Hilton, American Express and Salesforce (whose investment arm, Salesforce Ventures, notably also helped lead today’s round).

As the company grows rapidly, Sangani says he wants the capital in place to help fuel the increasing interest. The size and scope of his customers means that he will need to hire not just engineers to keep developing the product and building new connectors, but customer support and sales and marketing. In all, he expects add between 100 and 200 employees in the next year.

He also wants to continue building out partnerships. As an example, Teradata is an authorized reseller, and has helped sell the product in global markets where a startup like Alation might lack the resources to enter.

The company, which is based in in Redwood City, California, launched in 2012 and released the first version of the product in 2014. Its most recent round prior to today was a $23 million Series B in 2017.