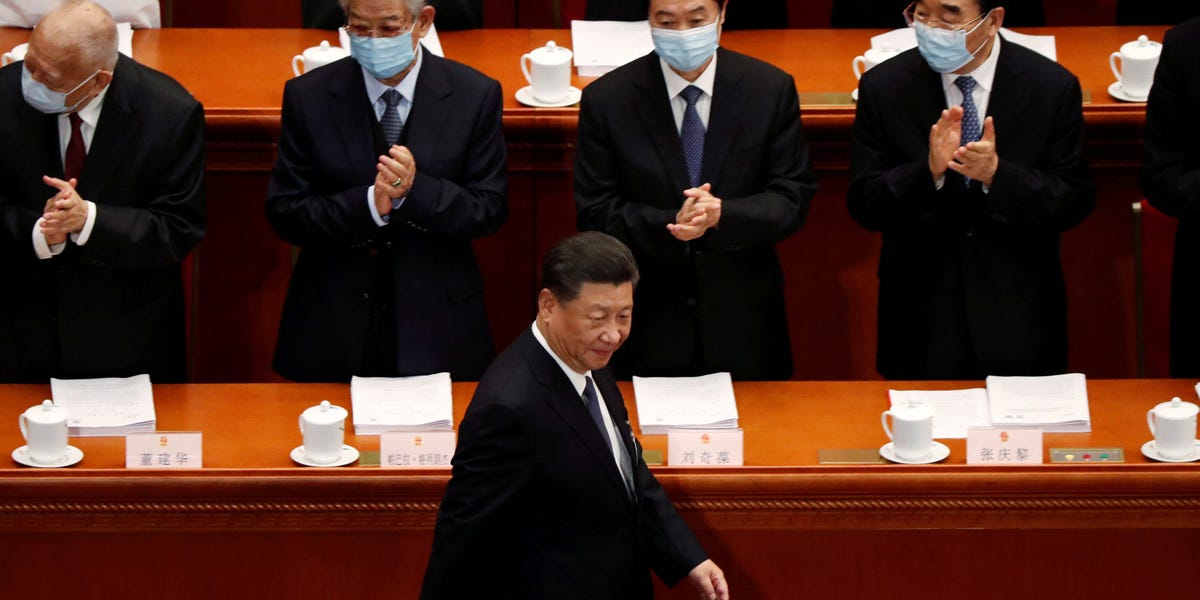 Xi Jinping could resurrect the title of “Chairman” to consolidate power in China, as the end of his presidential term nears, experts have said.

Xi already has near-total power in China, holding the titles of General Secretary of the Chinese Communist Party, President of China, and head of the military.

Term limits to those posts were also abolished in 2018, so Xi will not be required to step down when his second term as president ends in 2023.

However, amid a crackdown on corruption and opposition, Xi could try to assume the new title to enhance his legitimacy, according to two experts.

“We cannot rule out that there will be further changes to the party charter or that Xi will get a new title to further emphasise his status above other leaders on the politburo standing committee,” Wu Qiang, an expert on Chinese politics based in Beijing told the Financial Times.

The title of “Chairman of the Chinese Community Party” hasn’t been used since the death of Mao Zedong, who ruled China from 1949 to 1976.

But as “Chairman” is not subject to term limits, Xi could try to use it to give himself further legitimacy.

“The title would provide a mechanism to extend Xi’s tenure because there [has been] no term limit set for party chairmanship in the past,” Ling Li, a lecturer in Chinese studies at the University of Vienna, told the FT.

Since 2012, Xi has lead an anti-corruption drive across the elite levels of Chinese society.

The latest body to be scrutinized is the Central Political and Legal Affairs Commission, the top law enforcement body in China.

“We should turn the blade towards ourselves so we can remove the tumor completely, get rid of the black sheep, and ensure that our law enforcement army is absolutely loyal, pure and dependable for the Communist Party and the people,” Chen Yixin, secretary general of the commission, said on July 10, 2020.

When the title of “Chairman” was abolished in 1982 it was replaced with “General Secretary,” a title Xi currently holds.

Xi’s second five-year term as president of China will end in Spring 2023 and his terms as party General Secretary and head of the military will end in 2022.

What does ‘antitrust’ mean? Why ‘trust-busting’ laws are important