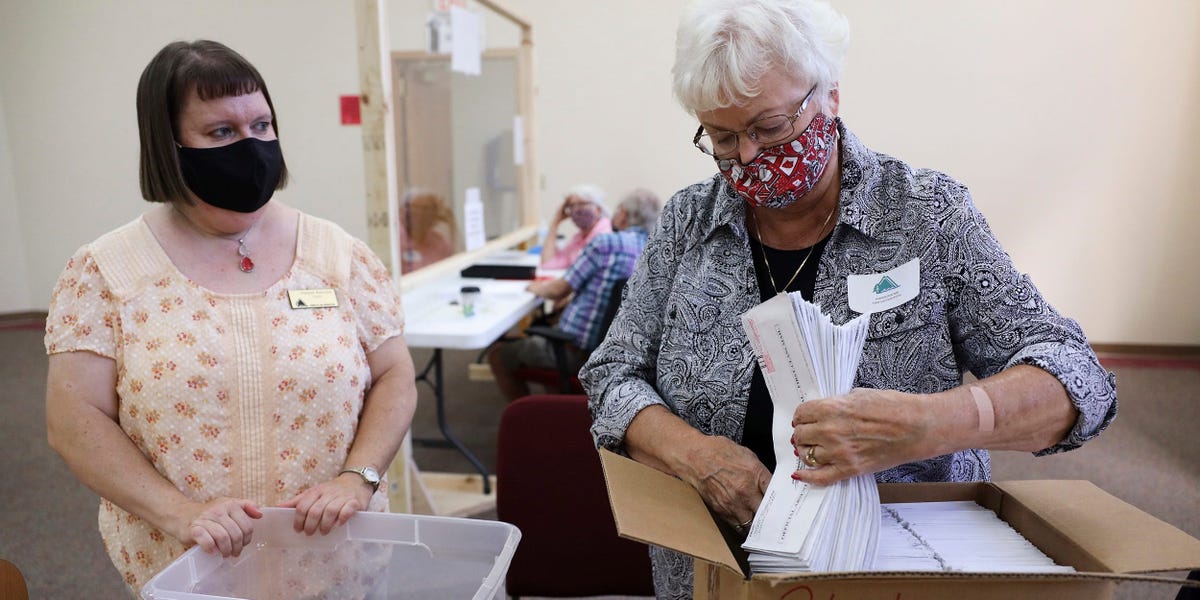 It is too late to add the Green Party’s presidential ticket to the November ballot without upending the entire election in Wisconsin, the state’s supreme court ruled Monday.

A 4-3 majority said the campaign of Howie Hawkins and Angela Walker waited too long before asking the court to add them to the ballot. With hundreds of thousands of mail-in ballots already printed, the court said it was unable to act in the pair’s favor “without completely upsetting the election.”

Last week, the Wisconsin Supreme Court asked counties to suspend their mailings of absentee ballots as it weighed the petition from Hawkins and Walker. The Green Party’s 2020 ticket argued it had been unfairly booted from November ballot after the Wisconsin Election Commission failed to certify the requisite number of voter signatures.

The Greens, with the help of a law firm that has close ties to the Republican Party, waited two weeks before appealing their case to the state’s highest court, after thousands of ballots had already been delivered to voters. (“You get help where you can find it,” Hawkins told The Washington Post when asked if Republicans financed the appeal.)

In their decision, the supreme court’s majority said that, in part, because Hawkins “delayed in seeking relief in a situation with very short deadlines,” and “including the fact that the 2020 fall general election has essentially begun,” it was simply too late to add the Greens to the ballot without risking “confusion and undue damage” to both voters and other candidates.

Robert Smith, a spokesperson for the Hawkins-Walker campaign, told Business Insider that the decision is a setback for all third parties.

“Now we have a dangerous precedent where a major party can effectively decide which minor parties can participate in elections,” Smith said.

Warren Buffett supported Obama and Clinton, but hasn’t given to Biden