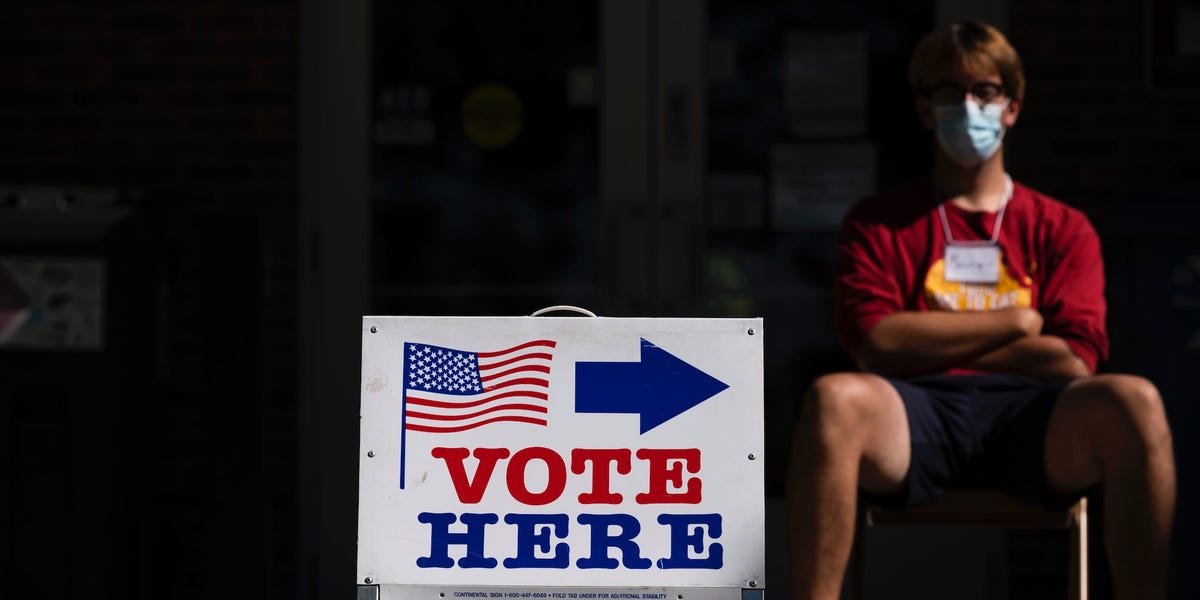 While more states than ever plan to hold their November general elections entirely or mostly by mail due to the COVID-19 pandemic, almost every state is still holding in-person voting on Election Day.

Most states have polling places open at least 10 hours a day, but hours vary from state to state. And in states that are partially split between two different time zones, full results won’t start being reported until the last polls close.

Poll opening and closing times and voting locations are subject to change due to the circumstances surrounding the COVID-19 pandemic, so be sure to verify your polling place and the hours you can go vote ahead of time.

Due to the COVID-19 pandemic, states and counties are contending with massive shortages of available election workers, who tend to be overwhelmingly above the age of 60 in most states, to staff the polls.

The lack of poll workers caused many states to significantly scale back in-person voting locations in primaries so far this year, resulting in longer than usual lines in some states and polls being held open for additional hours to ensure everyone could vote.

If you plan to vote on election day, prepare to wait in a longer line than you may be used to, be sure to bring identification if your state requires it vote, take proper safety precautions by wearing a mask and using hand sanitizer, and look up your sample ballot ahead of time so you can vote as efficiently as possible to keep the line moving.

This is especially important in states like Texas, which tend to have long ballots with lots of offices, and recently eliminated straight-ticket voting, which allowed voters to vote for every candidate of a certain party on their ballot.

“A big reason I see lines at our county is that voters aren’t prepared,” Lisa Marra, the top election official in Cochise County, Arizona, told Insider in June. “If you vote in person in our county, you get a sample ballot in the mail a couple of weeks before the election. That’s your time to sit down to research those candidates, fill that out, and bring it with you on election morning.”

In every US state, you should be allowed to vote and cast your ballot as long as you’re in line by the time the polls close.

If you’re in line when polls close and you’re not allowed to vote, you run into other difficulties casting a ballot, or someone tries to interfere with your right to vote, you can call the non-partisan Election Protection hotline, which partners with dozens of national and state-level organizations including the ACLU and the Lawyer’s Committee for Civil Rights, at 1-866-OUR-VOTE (1-866-687-8683) for help.

You can also consider serving your community and helping your election officials maintain safe in-person voting options by becoming a poll worker, which is a paid job, in your county or state.

Kushner says 170,000 coronavirus deaths in US is still a success

When will I get a coronavirus vaccine: Operation Warp Speed timeline