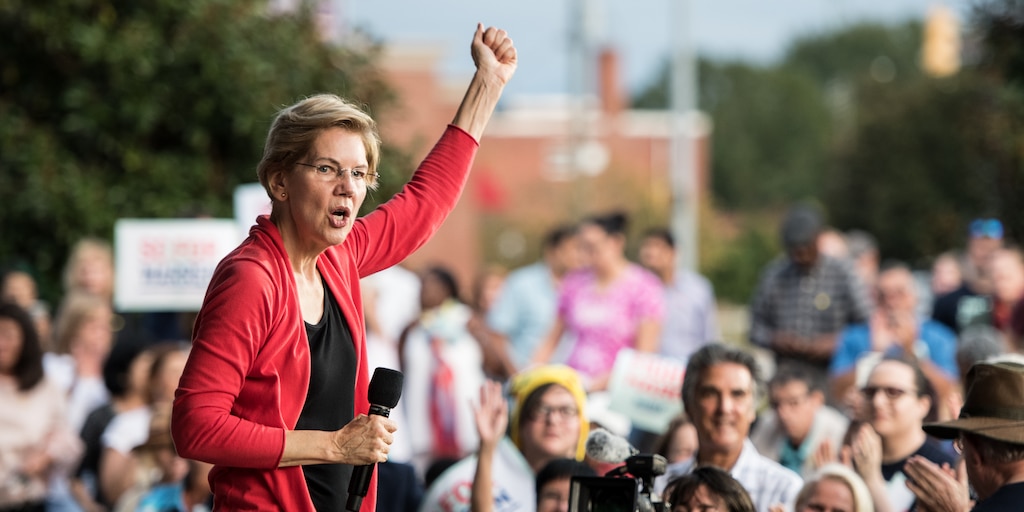 Investors are taking stock of what an Elizabeth Warren presidency could look like, and they’re starting grow more fearful of her effect on their bottom line.

Mother Jones reported on Friday that the research arm of Barclays — a major bank that Warren has criticized in the past — circulated five reports late last year to paying investors looking to get ahead on the tumultuous Democratic primary.

Barclays reportedly analyzed around 50 of Warren’s proposals to assess its impact on credit, municipal, and equity markets. Here are a handful of conclusions the London-based bank reached, per Mother Jones:

The Barclays analysts also said that Warren might appoint regulators who give out much stiffer penalties for corporate wrongdoing. They also noted that she would have room as president to use executive orders and pass laws using that method.

It could lead to a similar approach to power that former President Obama’s had in his second term to advance his stalled domestic agenda. On Wednesday, Warren unveiled another piece of her student debt relief plan pledging to circumvent Congress and enact it using executive authority.

Still, they also said a Warren administration could benefit certain segments of the economy. If she were to break up Wall Street’s biggest banks, the Barclays researchers said, the move could benefit smaller regional banks that have been squeezed as a result of consolidation.

The reported documents underscore pervasive views on Wall Street that her presidency would damage their way of doing business.

The Massachussets senator has centered her campaign around a vision of “big, structural change” that would fundamentally remake the American economy, and many of her proposals seek to tilt the scales of power away from corporations and the rich.

Warren’s progressive candidacy has drawn broadsides from wealthy and financial titans over the past year. Microsoft founder Bill Gates criticized her wealth tax, which would slap a 2% levy on households with assets over $50 million and a 3% tax on those worth over $1 billion.

Among Warren’s biggest critics on Wall Street have been hedgefund investor Leon Cooperman and Goldman Sachs CEO Lloyd Blankfein. But she’s often welcomed those public clashes and even used it for her campaign ads.