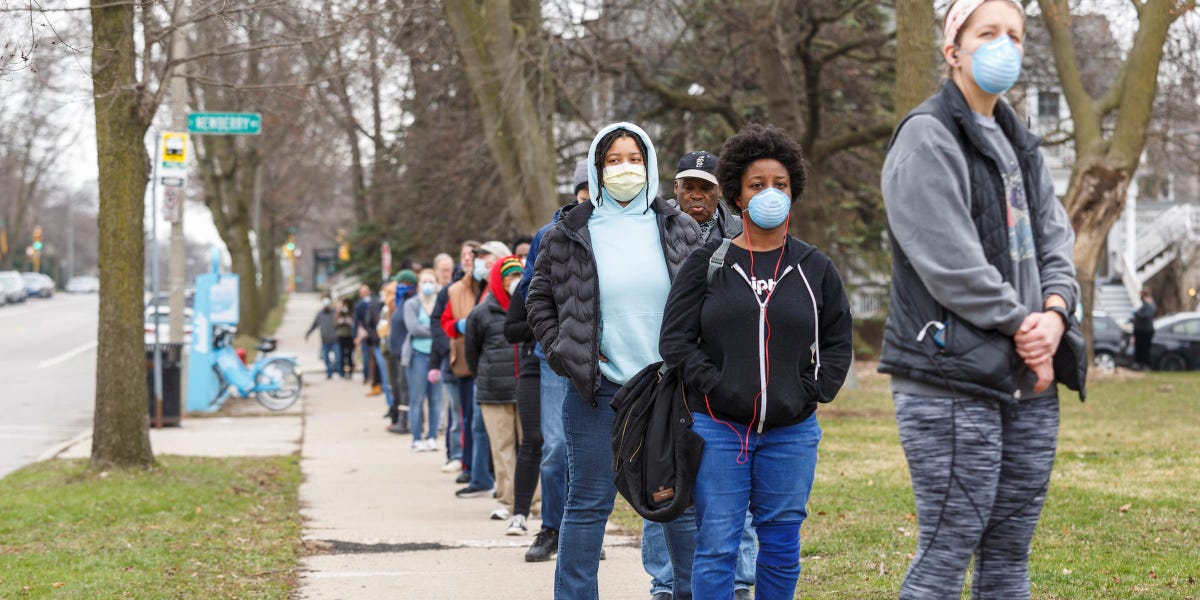 It’s a problem that was identified months ago. It’s been the subject of national debate and presidential tweetstorms. We’ve had time to prepare for it.

And yet, in most cases voting this election cycle has been a disaster, with no signs it’s going to sufficiently improve by Election Day.

When the coronavirus pandemic overwhelmed the US in mid-March, both major parties’ presidential nominees were all-but-confirmed. There was no danger of a “Bernie or Bust” rebellion, the primary was over when Bernie endorsed Biden in April.

That could be why there’s been relatively muted furor over the disastrously-conducted primaries in Wisconsin, New York, and Georgia.

Although down-ballot elections were also afflicted by an overwhelmed postal system, poor planning, and adequate staffing, it’ll take a botched presidential election for Americans to get passionate about maintaining the integrity of the vote. But by then, it will be way too late.

This is a typical case of Trump not thinking with his brain.

Trump’s a habitual absentee ballot voter himself, and there’s no meaningful difference between mailing an absentee ballot from out of state to mailing a regular ballot in-state. There’s also no evidence of a partisan advantage for Democrats with mail-in voting. In fact, in the must-win swing state Florida, one longtime GOP operative told NPR that absentee ballots have historically helped Republicans win elections in the Sunshine State.

But for Trump, it’s not enough to undermine the electoral process with fake conspiracy theories. Now he’s proving he’ll use the power of the presidency to disenfranchise voters.

The president said in a Thursday interview with Fox News that he’ll stop stimulus funding that’s earmarked for the ailing US Postal Service (USPS).

“They need that money in order to make the post office work so it can take all of these millions and millions of ballots,” Trump said. “But if they don’t get [it] that means you can’t have universal mail-in voting.”

That’s it, that’s the game right there. He doesn’t want universal mail-in voting, and he’ll starve the postal system to get it.

The states (mostly) aren’t stepping up

They could use the federal government’s financial support, but the states have not exactly been acting with a needed sense of urgency to get their elections in order.

Automatic mail-in voting is at the moment only available in seven states and the District of Columbia. That means ballots are sent out to voters without having to apply for them. Election Day comes to their front door, no COVID-spreading risk required.

In 11 states, even applying for a mail-in ballot comes with time-consuming efforts like getting a notary public to sign off or mailing in a copy of an ID.

Some state governments, like Michigan’s, have taken proactive steps to ensure ballot access, but with less than three months until Election Day, other states may have already run out of time to prevent a disaster.

With all the problems already besieging the postal system, here’s some scenarios that could play out:

The prospect of a swing state’s election being marred by missing or delayed ballots is very real. The USPS has already warned 46 states — including the swing states Florida, Nevada, Michigan, and Pennsylvania — that mail-in ballots may not be delivered on time.

And these scenarios don’t even have to be widespread (though they very well could be) for them to cause an absolute furor in this country.

Trump and Biden voters alike would have ample reason to declare the election invalid. Whomever is declared the victor would be deemed illegitimate by the other party. The bitter divisiveness in this country’s culture and politics would continue its unabated descent into the abyss.

The aftermath of the 2000 presidential election, with its prolonged recount eventually halted by a conservative-leaning Supreme Court, will look like a time of unity by comparison.

The democratic process is one of the few things that Americans universally believe in. Whoever wins the contest — even by absurd Electoral College rules — is the winner. But if Americans lose faith in the voting process itself, the American experiment is in trouble.

It’s already an incredibly divisive election, the economy’s in shambles, and a pandemic has killed over 160,000 Americans. We’ve got a president using the power of government to make voting harder. And we’re once again being peppered with disinformation by Russia, China, and Iran.

We’ve been watching this unfold for months. We’ve had time to diagnose the issues and address them. It didn’t have to be this way.

Our democracy is in a fragile state. And it’s hard to overstate how irreparable the damage could be in the event of an election fiasco that we could’ve prevented.