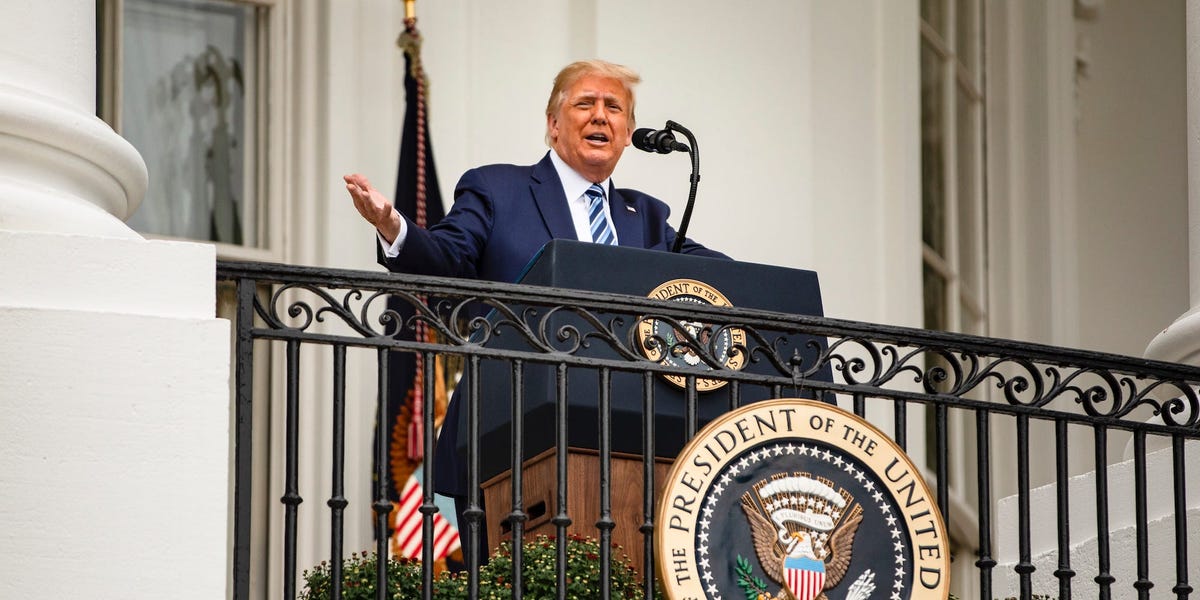 White House physician Sean Conley said in a statement Saturday evening that President Donald Trump “is no longer considered a transmission risk to others,” though notably did not state whether the president has tested negative for the coronavirus.

Instead, Conley merely said that “the assortment of advanced diagnostic tests obtained reveal there is no longer evidence of actively replicating virus.”

Conley also said Trump was “fever-free for well over 24 hours,” though Trump left the Walter Reed hospital five days earlier on October 5 — leaving open the possibility that Trump had experienced a fever in the days since he left the hospital and returned to the White House. No fever had been disclosed to the public in recent days.

Conley and the rest of Trump’s medical team have fielded criticism in recent weeks over their statements regarding Trump’s symptoms and condition, which have often omitted or distorted information.

In a press conference last weekend, for instance, Conley repeatedly dodged reporters’ questions over whether the president had required supplemental oxygen.

Though Conley did not directly answer the questions, reporters later learned that Trump had been placed on supplemental oxygen at the White House before he was taken to hospital.

Conley’s statement on Saturday came just hours after Trump made his first public appearance on a White House balcony, speaking to hundreds of supporters who had gathered on the South Lawn.