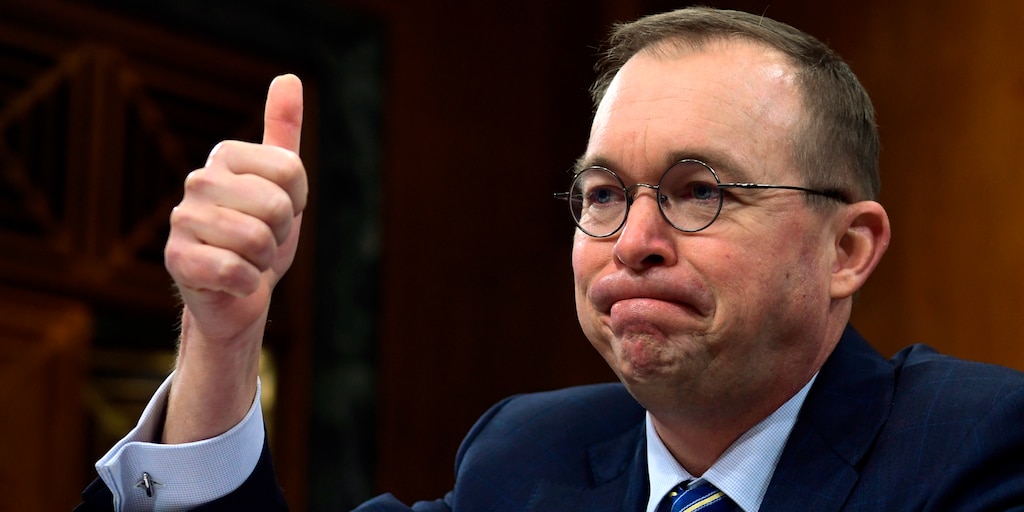 President Trump’s acting chief of staff Mick Mulvaney said that the US desperately needs more immigrants to sustain its economic growth, according to leaked audio obtained by The Washington Post.

“We are desperate – desperate – for more people,” Mulvaney said at a private gathering on Wednesday night. “We are running out of people to fuel the economic growth that we’ve had in our nation over the last four years. We need more immigrants.”

The Post reported that Mulvaney said the Trump administration wants immigrants to arrive in “a legal fashion” and backs bringing in additional foreign workers. He praised the Canadian and Australian immigration systems.

It’s another round of stunning remarks from Mulvaney, who is currently overseas traveling in the UK. He also reportedly said on the same evening that Republicans were complete hypocrites when it comes to cutting the deficit.

Mulvaney’s comments marked a striking contrast to the Trump administration’s immigration policies. The White House has focused on deporting undocumented immigrants and cracking down on legal immigration, fulfilling Trump’s signature 2016 campaign pledge. It’s also shut the nation’s doors to most of the world’s refugees.

Mulvaney’s views on immigration align with previous Republican beliefs that it’s capable of fueling growth – and it mirrors experts who say lower immigration rates can hurt the nation’s economy.

Last year, the US population grew at the slowest rate in a century, partially the result of fewer immigrant arrivals. In 2018, the foreign-born population increased by only 203,000 people, the latest year with data available. That was a significant drop from the year before and the lowest increase since 2010, according to the Migration Policy Institute.

The prospect of demographic stagnation is playing a key role in projections of a slower economic expansion over the next decade, given smaller increases in the numbers of working-age Americans and the retirement of baby boomers.

As a result, analysts forecast the economy will grow 2% annually over the next decade instead of the 3% more common in the half-century before the 2008 financial crisis.