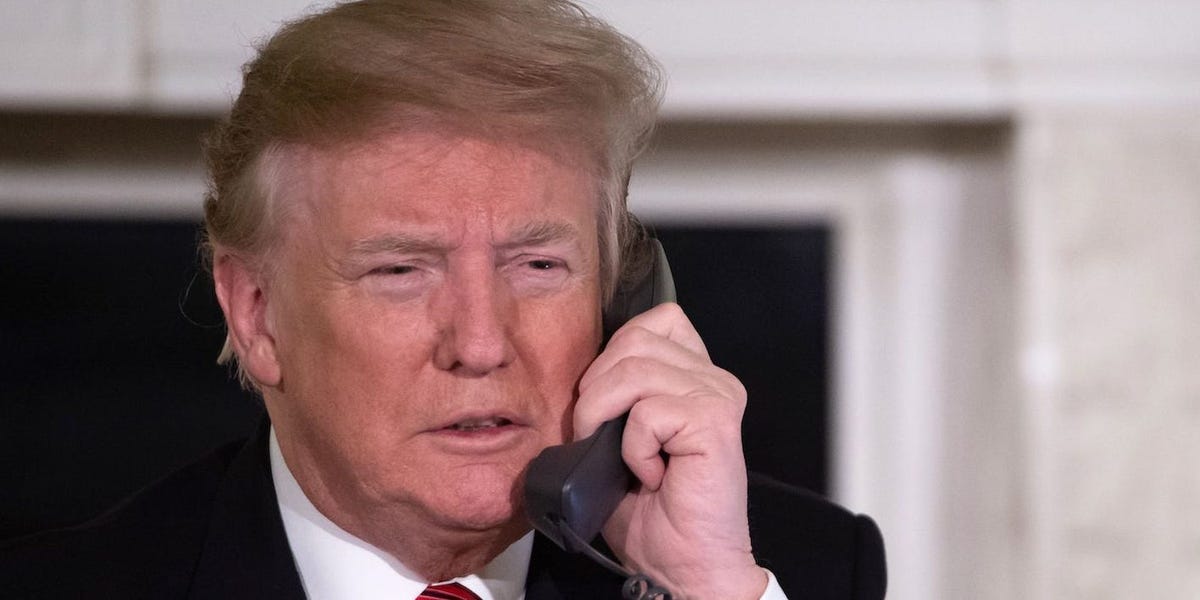 President Donald Trump made news during his call-in to Fox Business on Thursday by declaring he won’t participate in the next debate if it’s held remotely.

“No, I’m not going to waste my time on a virtual debate,” he told host Maria Bartiromo. “That’s not what debating is all about. You sit behind a computer and do a debate — it’s ridiculous.”

But there was a lot else going on.

Similar to his approach on “Fox & Friends,” Trump rambled for nearly the full hour and touched on a variety of topics.

Much of what he said on these tangents was confusing and factually inaccurate.

The other most notable thing about the interview was the lack of clarity Trump would provide on his health status.

When host Maria Bartiromo asked if he had been tested for COVID-19 recently, Trump demurred.

Crucially, the White House has not disclosed whether Trump is still testing positive for the coronavirus or when his last negative test was.

“No, I’ll be tested very soon, but I’m essentially very clean,” Trump said. “They say it’s over a period of six, seven days. And I was — you know an amazing thing happened to me. I went in and I didn’t feel very good.”

Trump, who described the virus as “particles of dust,” credited his apparent recovery to the fact that he is a “perfect physical specimen.” He then jumped to implying that meeting with Gold Star families was what gave him the disease.

“They come within an inch of my face sometimes. They want to hug me, and they want to kiss me, and they do, and frankly, I’m not telling them to back up. I’m not doing it, but I did say it’s like, you know, it’s obviously dangerous. It’s a dangerous thing, I guess, if you go by the COVID thing,” he said.

The rest of the interview went even more off the rails from there.

Here are the key topics he touched on, some of which have implications on the global stage while others shed light on where his focus is at following his discharge from the hospital.

Can I post a photo of my ballot, polling place? State by state guide