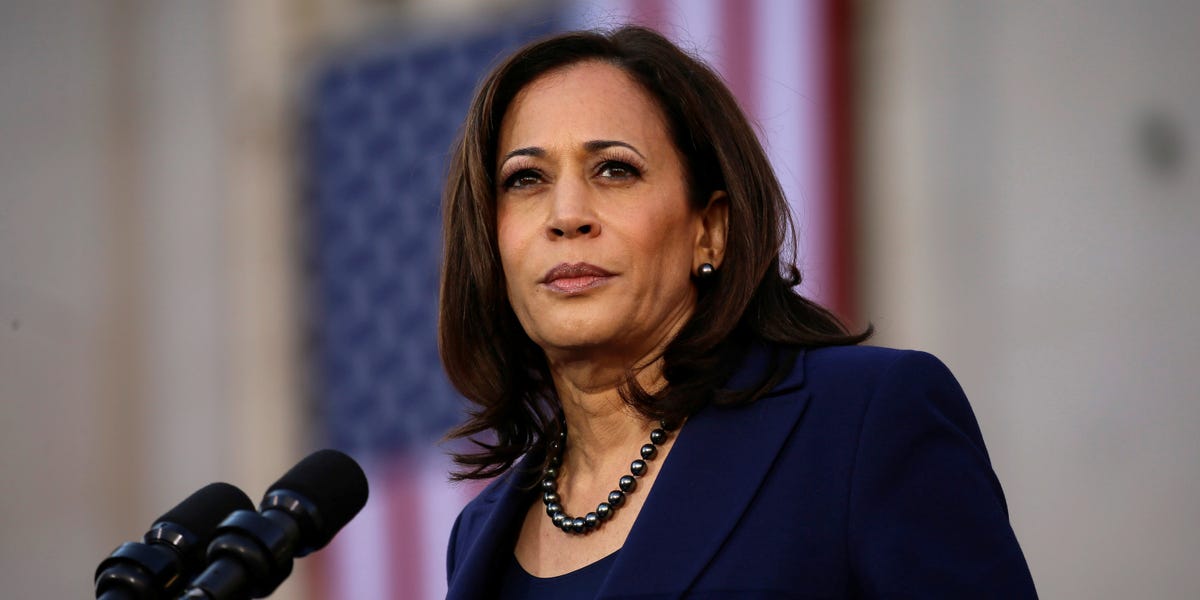 President Donald Trump greeted the announcement that Joe Biden tapped Sen. Kamala Harris as his vice presidential pick by calling her “the kind of opponent everyone dreams of.”

His apparent eagerness came not long after a report that Harris is actually the candidate his campaign wanted to face the least.

Trump tweeted on Wednesday morning “@KamalaHarris started strong in the Democrat Primaries, and finished weak, ultimately fleeing the race with almost zero support. That’s the kind of opponent everyone dreams of!”

His tweet came the day after Biden announced Harris as his pick, calling her “a fearless fighter for the little guy, and one of the country’s finest public servants.”

And it came after an Axios report that painted Harris as the candidate that most of Trump’s own aides and campaign staff wanted him to face off the least.

A Trump aide told Axios that Harris was the person that he least wanted Biden to pick.

The aide said that other candidates would be easier to turn Trump supporters against. Some Trump already had nicknames for, like “‘Communist Karen’ Bass or “‘Spyin’ Susan’ Rice.”

Axios said: “Very few, if any, of Trump’s top political advisers were rooting for Biden to pick Harris.”

Its logic is that Harris will be tougher to paint as a creature of the far-left figure, in keeping with the campaign narrative that Biden is a “puppet” of more radical elements of his party.

In his reaction to Biden and Harris’ announcement, Trump zeroed in on Harris’ own failed presidential bid.

She was originally one of the candidates running against Biden to become the Democratic presidential nominee, and at one point she was the frontrunner.

Harris dropped out in December 2019, in part blaming a lack of funds, after other candidates became more popular.

Trump shared a video of that claimed Harris’ presidential campaign involved her “rushing to the radical left” and showed news headlines from when she dropped out of the presidential race.

A Reuters report on Wednesday noted that Harris polls better among Republicans than Biden does, and that attacks against Harris could appear sexist or racist.

Harris will be the first woman of color and the first person of Indian descent to be nominated for national office by a major political party.

Trump aides said that Harris would be a tough opponent, and difficult for Vice President Mike Pence to debate, Reuters reported.

Harris endorsed Biden’s bid for president in March 2020, saying: “I really believe in him and I have known him for a long time. One of the things that we need right now is we need a leader who really cares about the people and who can therefore unify the people. And I believe Joe can do that.”

After she was announced as Biden’s vice presidential pick, she said that Biden “can unify the American people because he’s spent his life fighting for us. And as president, he’ll build an America that lives up to our ideals.”