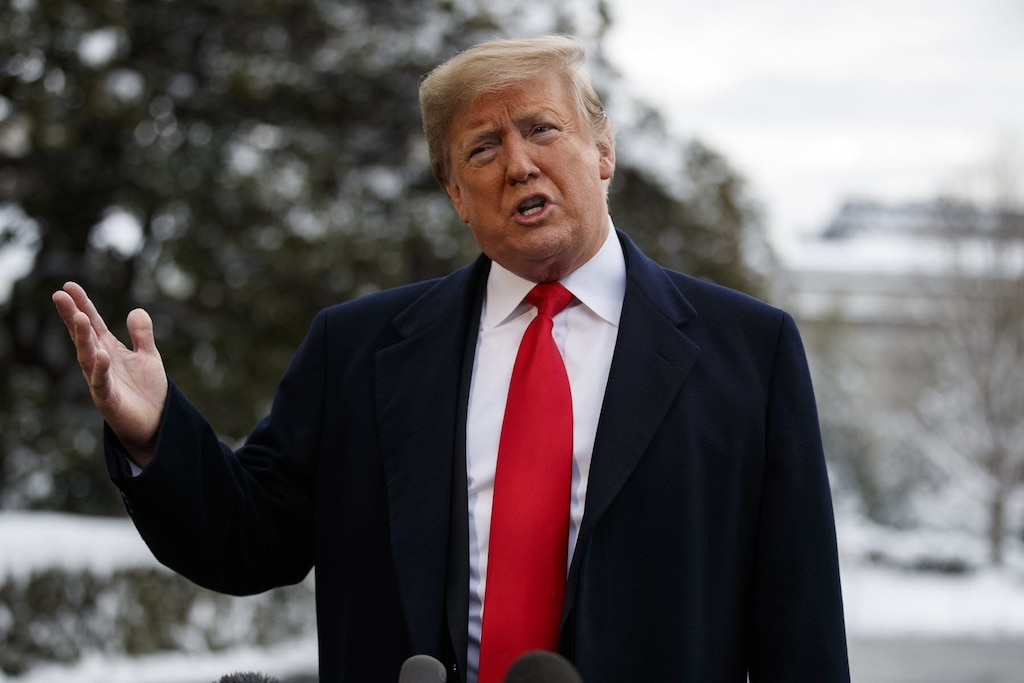 “The investment boom that wasn’t.”

That’s how Bank of America Merrill Lynch economists categorized what’s happened in the US economy since the Tax Cuts and Jobs Act was passed a little over a year ago. What was theoretically supposed to be a boon for US companies — and by extension, the broader economy — has not had its intended effect.

The analysis comes against a backdrop of fresh calls for an economic slowdown, an unprecedented government shutdown, and uncertainty surrounding US-China trade relations.

Indeed, the current economic picture stands somewhat in contrast to what Trump said upon the release of House Republicans’ tax reform bill in late 2017 —  that tax cuts would be the “rocket fuel our economy needs to soar higher than ever before.”

On the heels of the tax package that gave a boost to the country’s wealthiest, corporations returned much of their tax-cut-fueled earnings back to shareholders in the form of stock buybacks and juicier dividends. Goldman Sachs said $1 trillion in buybacks, a record, were authorized in 2018. More granularly, S&P Dow Jones Indices estimated in May that corporations spent $564 billion on buybacks and $428 billion on dividends in one year through that month.

The “tax cut story” has always seemed overdone, Bank of America said, as expectations of future growth are a bigger driver of capital expenditures than the actual cost of capital — which corporate tax cuts theoretically lowered. And investors have indeed soured on growth expectations, the firm has found.

“Leading indicators of capex have been weakening for a year now, and in the fall US indicators started to turn down as well,” global economists Ethan Harris and Aditya Bhave told clients Friday. “Falling growth expectations are undercutting capital spending growth, with more weakness ahead.” 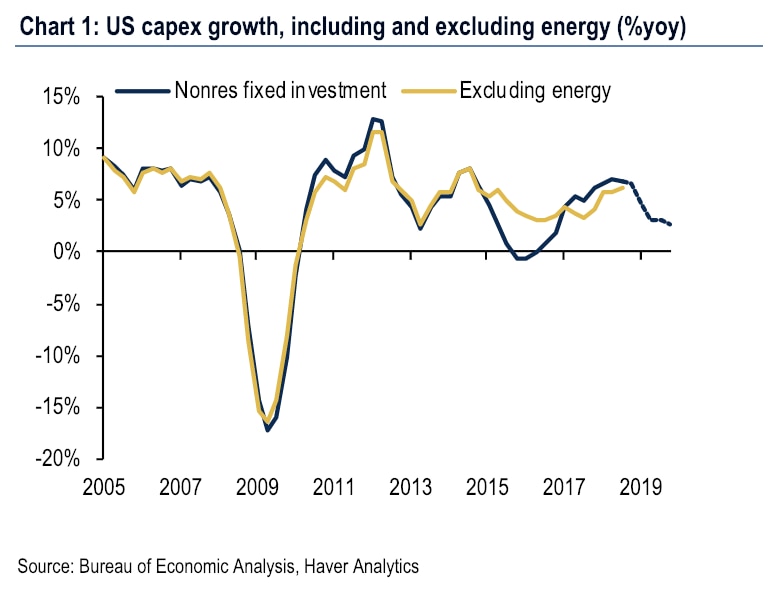 The duo also pointed out that as the partial government shutdown, trade war, and Brexit uncertainties loom, risks to both growth and capital spending will increase.

“In the past year our biggest fear has been that policy shocks would undercut confidence and growth expectations, undercutting a potential capital spending recovery,” they wrote. “The evidence is building that fear is reality.”

Read more: Americans are worried Trump’s tariffs and the government shutdown will hurt the economy

Other big-money managers are pointing out the tax cuts’ impact, not too long ago cited as a reason to be optimistic on stocks, has waned.

“The two factors that drove US outperformance in 2018 — fiscal stimulus and business investment — are set to fade this year, in our view,” said Philipp Hildebrand, Jean Boivin, and Elga Bartsch of the BlackRock Investment Institute in a note to clients on Friday.

“The growth kick from fiscal stimulus — an unusual late-cycle booster via corporate tax cuts and greater government spending — has likely peaked and should fade over the course of 2019.”