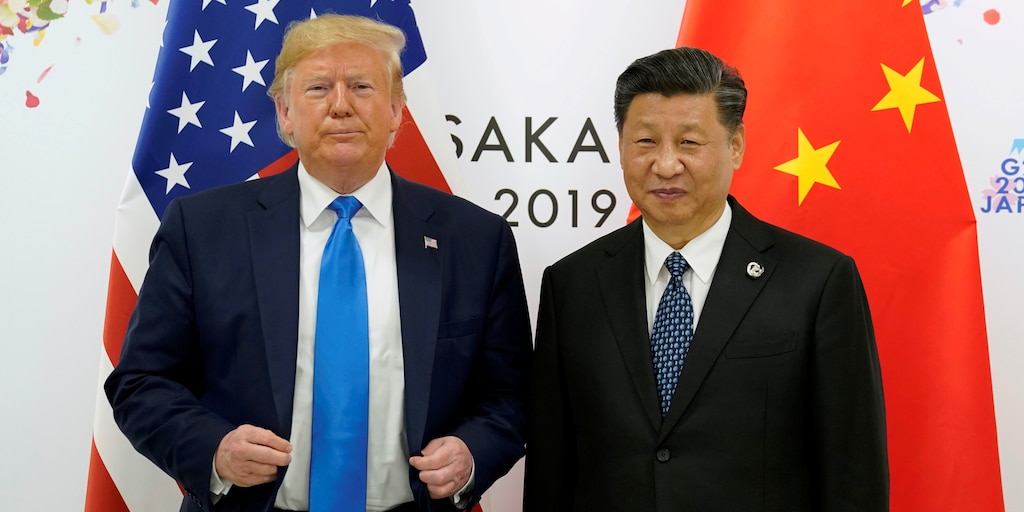 The Trump administration said on Friday it would hike tariffs on China, adding to a rapid series of trade escalations between the world’s largest economies.

Hours before the announcement, China vowed to retaliate if the US were to follow through with plans to expand duties to virtually all of its products in the coming months. President Donald Trump swiftly hit back on its pledge to slap new tariffs on roughly $75 billion worth of American imports and to reinstate levies on vehicles.

“They have stolen our Intellectual Property at a rate of Hundreds of Billions of Dollars a year, & they want to continue. I won’t let that happen!” Trump wrote in a string of enraged tweets Friday. “We don’t need China and, frankly, would be far……..better off without them. The vast amounts of money made and stolen by China from the United States, year after year, for decades, will and must STOP.”

Both sides have said tariff escalations would take effect in two stages, first on September 1 and then on December 15.

Trump on Friday also ordered private American companies “to immediately start looking for an alternative” to doing business with China, though that demand appeared to carry no legislative weight. He added that the Post Office, FedEx and Amazon must search packages for fentanyl from China.

The flurry of trade escalations on Friday jolted financial markets, which were already under pressure after a key recession warning flashed last week. In addition to slower growth abroad, investors have grown increasingly concerned about existing tariffs on roughly $350 billion worth of American and Chinese products.

US Trade Representative Robert Lighthizer and Treasury Secretary Steven Mnuchin have struggled for more than a year to get China to change practices said to put American companies at a disadvantage, such as intellectual property theft and the forced transfer of foreign technology. Trump has separately sought to penalize President Xi Jinping for halting purchases of American agricultural products.

The White House has acknowledged in recent weeks that tariffs could begin to hurt the economy, at one point delaying a portion of tariffs so as to not interfere with the holiday shopping season. Yet it has at the same time downplayed concerns about a potential downturn and sought to place blame for any trouble in the economy on the Federal Reserve.

Trump and administration officials have repeatedly directed the independent central bank to slash interest rates by up to a full percentage point, a move that would typically signal significant trouble in the economy. The president portrayed Jay Powell, his handpicked chairman of Fed, as an “enemy” on Friday after he signaled policymakers would not make that aggressive of an adjustment.

“As usual, the Fed did NOTHING!” Trump wrote. “It is incredible that they can “speak” without knowing or asking what I am doing, which will be announced shortly. We have a very strong dollar and a very weak Fed. I will work “brilliantly” with both, and the U.S. will do great…….My only question is, who is our bigger enemy, Jay Powell or Chairman Xi?”

Read More: Trump asks whether the Fed chief or China is ‘our bigger enemy’ as the trade war takes a dark turn