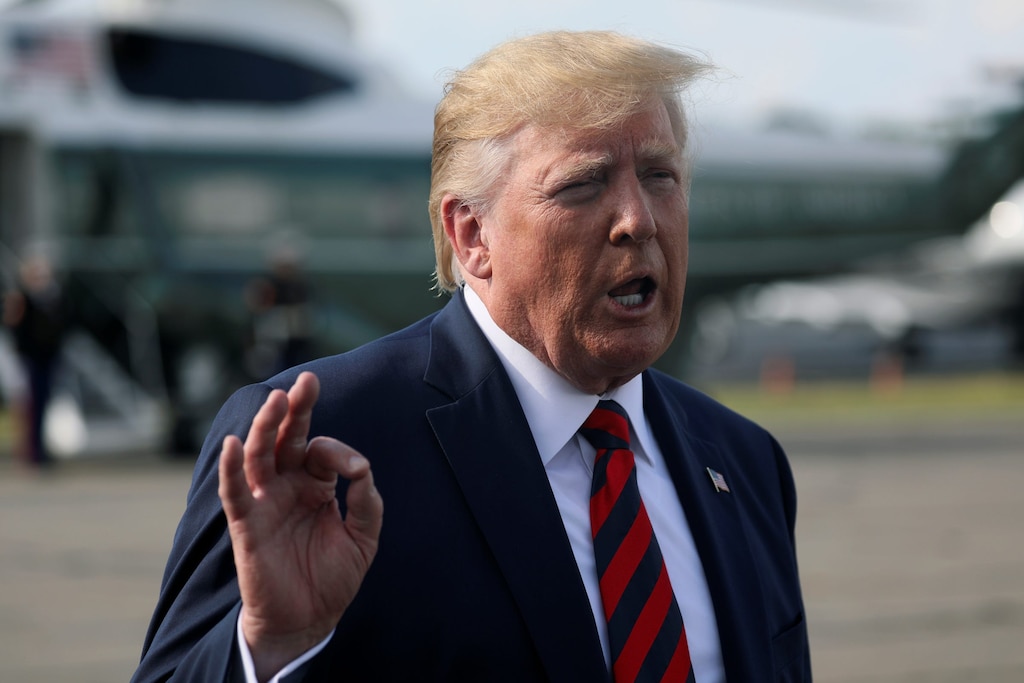 President Donald Trump on Wednesday repeated the baseless claim that journalists are somehow behind growing recession concerns. It appears to be his latest attempt to shift blame on the economy away from his escalating trade wars.

“The Fake News LameStream Media is doing everything possible the ‘create’ a U.S. recession, even though the numbers & facts are working totally in the opposite direction,” the president wrote on Twitter. “They would be willing to hurt many people, but that doesn’t matter to them. Our Economy is sooo strong, sorry!”

The White House has not responded to multiple emails requesting evidence or context to support that claim.

The Trump administration has publicly downplayed the significance of a key recession warning that flashed last week at the same time that it ramped up efforts to juice the economy. This week, officials announced they would look into further stimulus measures such as through tax cuts on payrolls or capital gains.

Trump has sought to blame for any trouble in the economy or financial markets on others, including the press, political opponents and the Federal Reserve. Roughly half of Trump supporters would at least partly blame the president for a recession, according to a Morning Consult/POLITICO poll out Wednesday morning.

Trump on Tuesday conceded that the more than $350 billion worth of tariffs that have been levied between the US and China could lead to a downturn. Yet he suggested that his policies were necessary in order to win fairer trade policies.

“I am doing this whether it’s good or bad for your statement about, ‘Oh, will we fall into a recession for two months?’ The fact is, somebody had to take China on,” he told reporters.

On Wednesday, Trump defended his trade wars and said interest rates were too high. He and administration officials have called on the independent Federal Reserve to lower borrowing costs in a manner that would typically be used if there were a severe slowdown.

“Doing great with China and other Trade Deals. The only problem we have is Jay Powell and the Fed. He’s like a golfer who can’t putt, has no touch,” the president wrote. “Big U.S. growth if he does the right thing, BIG CUT – but don’t count on him! So far he has called it wrong, and only let us down….”

Trump also lashed out about the strength of the dollar, which he views as a hindrance to growth. The White House briefly looked into manipulating the currency, a move that would make exports cheaper and imports more expensive.

“…..We are competing with many countries that have a far lower interest rate, and we should be lower than them,” Trump wrote. “Yesterday, ‘highest Dollar in U.S.History.’ No inflation. Wake up Federal Reserve. Such growth potential, almost like never before!”