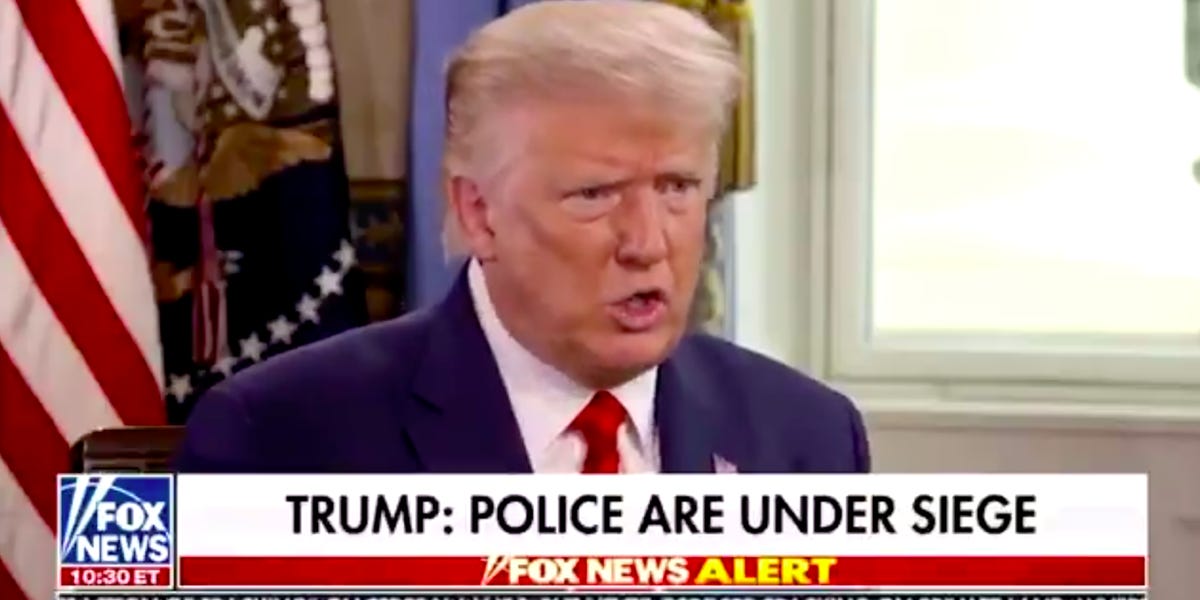 Trump made the comparison on Fox News the night before visiting Kenosha, Wisconsin, in the aftermath of the police shooting of Jacob Blake.

In an interview with Fox host Laura Ingraham on Monday night, he said of police officers: “They choke. Just like in a golf tournament, they miss a three-foot putt.”

Ingraham then interjected, saying: “You’re not comparing it to golf. Because of course that’s what the media would say.”

You can watch the exchange here:

“You could be a police officer for 15 years and all of a sudden you’re confronted. You’ve got a quarter of a second to make a decision. If you don’t make the decision — and you’re wrong —you’re dead. People choke under those circumstances, and they make a bad decision.”

Earlier in the interview, Trump described a process that would lead to an officer shooting someone.

Investigators from the Wisconsin Department of Justice say that Blake had a knife in his car, and was opening the door when he was shot. They also said that an earlier attempt to stop Blake with a Taser had not worked.

His family attorney said that Blake has been left paralyzed from his wounds.

A witness who videoed the moment that police shot Blake said that he saw police wrestle, punch and taser Blake before they shot him.

Trump is due to visit Kenosha on Tuesday, in the wake of protests and widespread damage sparked by police shooting Blake.

Trump told reporters on Monday that he will not meet with Blake’s family during his visit.

He is due to meet law enforcement and to view property damage that has taken place in the unrest since Blake’s shooting.

Wisconsin Gov. Tony Evers had urged Trump to “reconsider” his visit to Kenosha, saying he was concerned that Trump’s “presence will only hinder our healing.”

John Antaramian, Kenosha’s mayor, had said that he would prefer if Trump did not visit.