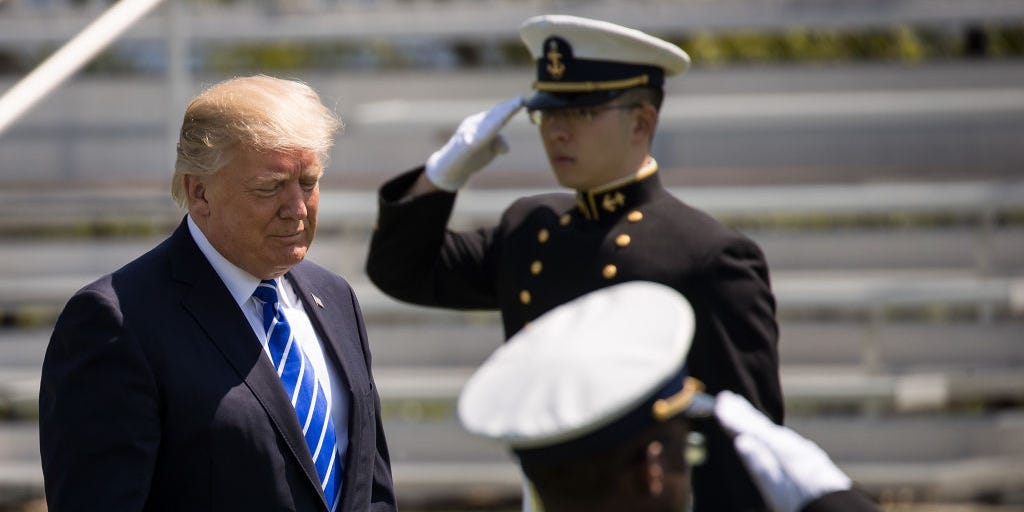 CNN first reported Tuesday that a military aide who works closely with the president tested positive over the weekend, reporting that was confirmed by The New York Times. The service member in question was a member of the Coast Guard, Bloomberg News reported.

One of the president’s valets, a member of the military who recently traveled with the president, had also tested positive for COVID-19, according to Bloomberg.

The White House did not provide Insider with comment on the reports that service members supporting the president had fallen ill.

Trump announced on Thursday that he had tested positive for COVID-19, and on Friday, he was taken to Walter Reed National Military Medical Center. The president, likely still infectious, returned to the White House, reportedly much to the dismay of White House staff.

Trump has taken significant criticism for leaving the hospital on Sunday in a motorcade to acknowledge supporters outside, a move that some say unnecessarily risked the health of his Secret Service detail. Now that he is back at the White House, there are concerns he is putting staff in danger.

“It’s insane that he would return to the White House and jeopardize his staff’s health when we are still learning of new cases among senior staff,” a White House source told Axios. “This place is a cesspool.”

Several members of the president’s team, such as White House press secretary Kayleigh McEnany, have tested positive for the virus.

After close aide Hope Hicks, who tested positive just prior to the president’s public acknowledgement that he too had tested positive, contracted the virus, Trump told Fox News’ Sean Hannity that military or law enforcement might be to blame for infecting members of the White House staff.

“It is very, very hard when you are with people from the military or from law enforcement and they come over to you,” Trump said. “They want to hug you, and they want to kiss you because we really have done a good job for them.”

“You get close, and things happen,” he said.