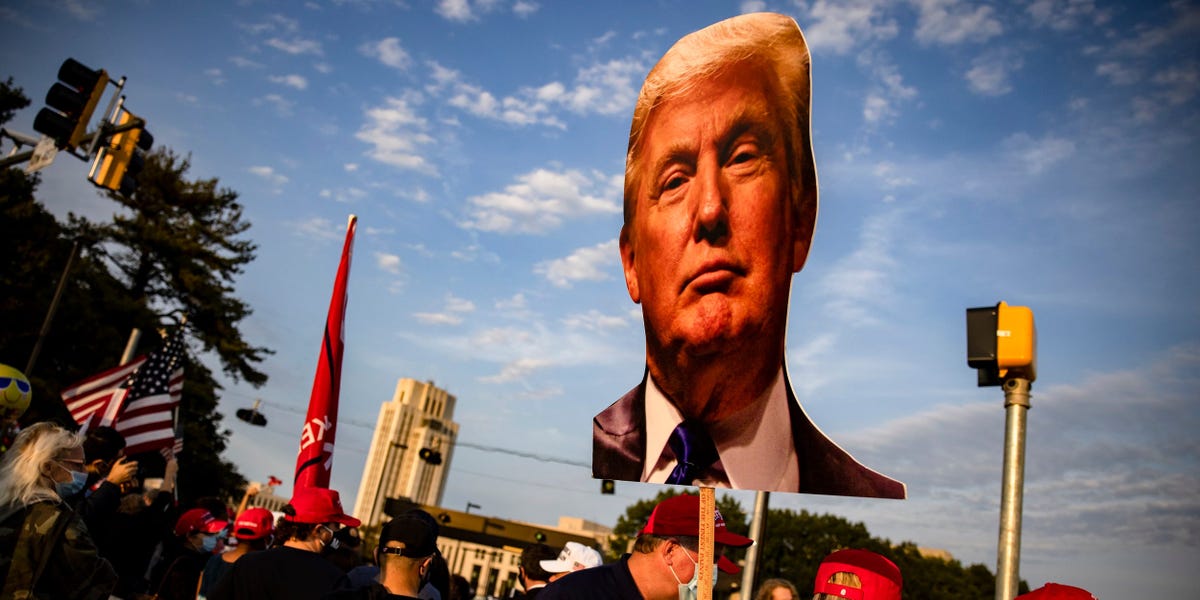 President Donald J. Trump averages a dozen or so “false and misleading” claims each day. That was before he was infected with the novel coronavirus. But the brush with a potentially fatal illness has not spurred this head of state or his administration to be any more truthful about COVID-19, this time relating to his diagnosis, not even to supporters.

Speaking to Fox News on Thursday night, for example, Trump claimed he had only just then become aware that his advisor, Hope Hicks, had tested positive for the coronavirus. “I just heard about this,” he told Sean Hannity. By that point, the White House now concedes, he had already tested positive himself on a rapid test and was waiting for results from a second test.

But the president wasn’t just misleading a television host. According to The Wall Street Journal — owned by the same parent company as Fox News — Trump also didn’t want his own staff to know they had been potentially exposed to a virus the president once called a hoax but has since killed at least 209,000 Americans.

“Don’t tell anyone,” he told one advisor who had also tested positive, per the newspaper. His own campaign manager, Bill Stepien, only learned about the outbreak from the press, The Journal reported. So did Chris Christie, the former New Jersey governor who helped Trump prepare for last week’s debate. They have both since tested positive, with the latter now in a hospital. First Lady Melania Trump, former advisor Kellyanne Conway, personal assistant Nick Luna, RNC Chairwoman Ronna McDaniel, and three Republican senators — all in the president’s orbit — have also tested positive for the virus, as has Notre Dame President Rev. John Jenkins, who was at a White House event last Saturday.

Despite knowing one of his closest advisors had contracted the virus, Trump went ahead and attended a fundraiser at a New Jersey golf club. For $250,000 each, donors were rewarded with a one-on-one photo op with the president and potential exposure to a virus that, back in June, Trump assured mask-less supporters — at an indoor rally in Tulsa, Oklahoma — was already “fading away.” (Some 90,000 Americans have died since that Tulsa rally.)

“Holding the event in spite of knowing that one of the team was infected and had exposed others was a recipe for spreading disease,” Lisa M. Lee, a public health expert at Virginia Tech University, told The Journal, of the New Jersey event.

The deception, whether the product of political calculation or the human capacity for hubris and denial, has a body count: that Tulsa rally “likely contributed” to another surge in infections, according to the city’s top health expert. Two of the president’s political allies, Gov. Kevin Stitt and former presidential candidate Herman Cain, then tested positive for COVID-19, though it is impossible to say where either actually contracted the virus.

The jury’s still out on whether the fundraiser in New Jersey will be a super-spreader event; for now, Republican donors are “freaking out,” CNBC reported.

As the president’s own health hangs in the balance, deception has once more ruled the day, arguably at the expense of more than just the truth.

Twenty-four hours after Trump was rushed to the Walter Reed military hospital on Marine One, his physician, Dr. Sean Conley, declined to mention that his patient had been receiving supplemental oxygen before and after he left the White House. The truth was only visible between the lines: He’s “not on oxygen right now,” Conley said at a press conference. (“I didn’t want to give any information that might steer the course of illness in another direction,” he told reporters the next day.)

Mark Meadows, White House chief of staff, offered a direr assessment president’s health, one that tracks with Trump receiving both steroids and supplemental oxygen. “We’re still not on a clear path to a full recovery,” Meadows explained to reporters on Saturday. But his decision to contradict the official, more rosy message came with an expectation that he would remain anonymous, unaware that his remarks were on video that would later be posted online.

Meadows’ remarks reportedly infuriated the president, whose physicians were back a day later with a positive assessment of his progress, even as they revealed he was now on a drug, dexamethasone. That treatment, in fact, is reserved for “the sickest patients,” as Dr. Panagis Galiatsos, a pulmonary physician at Johns Hopkins Bayview Medical Center, told Business Insider.

In a video posted to Twitter soon after that news, Trump professed that he had learned a lot about COVID-19 since contracting it himself. “I get it, and I understand it,” he said.

Moments later, the president, who has a highly contagious infectious disease, required Secret Service agents to drive him past cheering supporters outside the hospital — a hospital that the president’s own wife wouldn’t visit, according to NBC News, for fear she “would expose the agents who would drive her there.”

“The responsibility is astounding,” Dr. James Phillips, an attending physician at Walter Reed, commented on Twitter. “My thoughts are with the Secret Service forced to play.”

The coronavirus may be teaching Trump lessons — that even when it doesn’t kill it is not “totally harmless,” perhaps — but the Ghost of Christmas Past it is not: neither the arrogance, the impulsivity, nor the ego has been diminished.

UK government missed 16,000 coronavirus cases due to chaotic IT failure