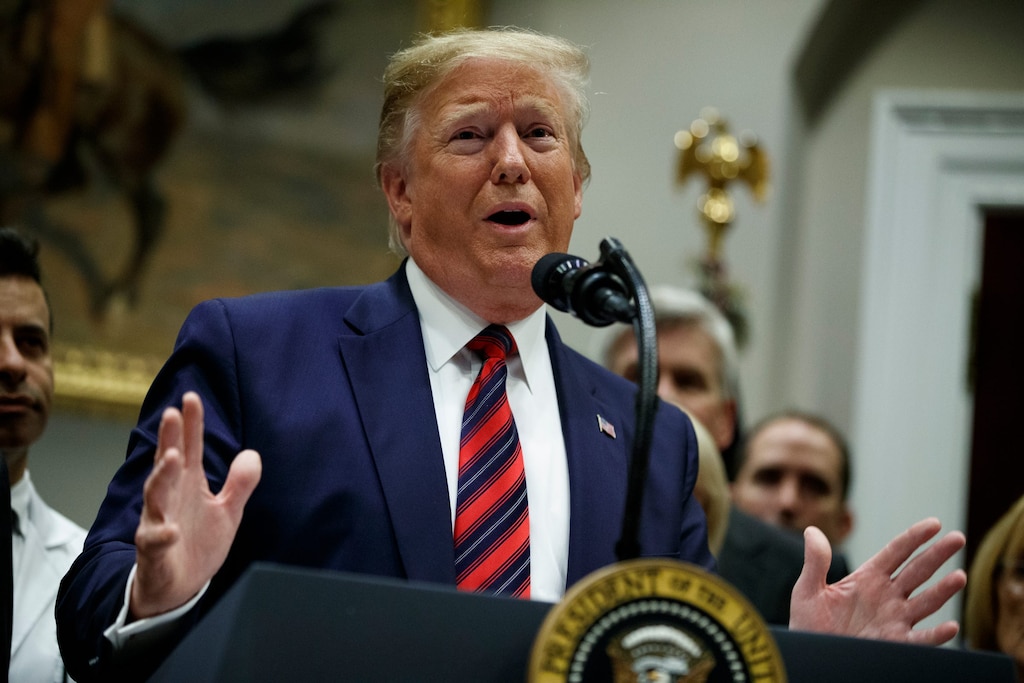 President Donald Trump fired off a flurry of tweets defending his trade war with China on Friday morning as tariff increases took effect, arguing that protectionism is helping Americans and floating plans for another large-scale farmer-bailout plan.

“Tariffs will bring in FAR MORE wealth to our Country than even a phenomenal deal of the traditional kind,” he tweeted. “Also, much easier & quicker to do. Our Farmers will do better, faster, and starving nations can now be helped. Waivers on some products will be granted, or go to new source!”

In more than a half a dozen tweets early Friday, Trump suggested that the government could buy agricultural products and ship them “to poor & starving countries in the form of humanitarian assistance.” The White House did not immediately respond to an email requesting comment.

Until recently, the US and China were seen as potentially able to reach a deal to end the trade war this week. The framework began to fray on Monday, however, after the US accused China of making reversals on central commitments in a draft agreement. Chinese officials have denied taking such actions.

The Trump administration more than doubled the existing tariff rate on a tranche of Chinese imports in a punitive measure early Friday, with Beijing vowing to take countermeasures. About $250 billion worth of shipments from China will face a 25% import tax following the adjustment.

Trump has swung between expressing optimism toward a deal and defending the possibility of a prolonged dispute in recent days. On Thursday, he said Chinese President Xi Jinping had written him a “very beautiful” letter and that the two leaders would “probably” speak by phone.

Yet early Friday, Trump asserted that the trade war was helping Americans. He appeared to delete a tweet saying that there was “no need to rush” trade talks with the Chinese that are set to resume Friday in Washington, only to make a similar statement moments later.