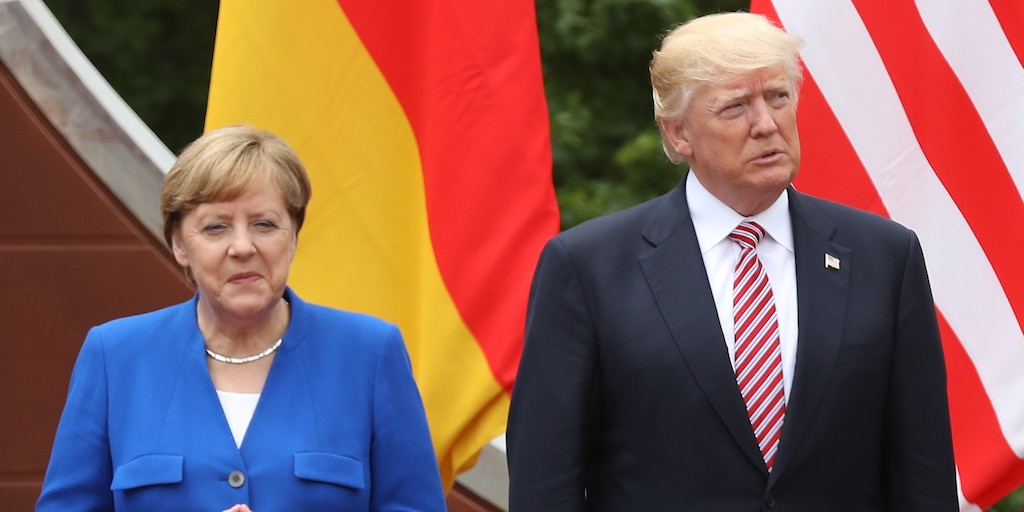 President Trump sent a tweet on Wednesday morning suggesting that he wanted to emulate Germany’s recent 30-year bond paying no interest. But the bond flopped with investors, and the European powerhouse is headed for recession.

Trump tweeted: “So Germany is paying Zero interest and is actually being paid to borrow money, while the U.S., a far stronger and more important credit, is paying interest and just stopped (I hope!) Quantitative Tightening. Strongest Dollar in History, very tough on exports. No Inflation!…. WHERE IS THE FEDERAL RESERVE?”

His tweets come after Germany offered a 30-year- bond with a 0% interest rate for the first time. While usually those buying bonds would receive the value of the bond and interest on top, the 30-year bond only gives back the face value.

Germany’s economy is currently in a state of desperation. Earlier this week its central bank warned of a looming recession with dips in a variety of sectors, while its finance minister said the government is prepared to inject 50 billion euros ($55 billion) into the Germany economy to combat slowing growth.

Read More: Germany’s central bank just warned a recession could be coming. Its government is prepared to spend $55 billion to fight it.

Germany’s economy shrank by 0.1% last quarter as manufacturing in Europe’s biggest economy slowed, with the trade war and Brexit to blame.

The president’s outburst on Twitter was yet another attack on Jerome Powell and the Federal Reserve ahead of the Jackson Hole conference on Thursday, where investors are waiting to see if Powell will signal a further rate cut as Trump desires.

As my colleague Gina Heeb has reported, the White House has said it’s not worried about the US economy.

But White House chief of staff Mick Mulvaney reportedly told Republican donors that the US may fall into a “moderate and short” recession. Trump has said he is considering tax cuts via payroll taxes and cuts to taxes on capital gains. And on Tuesday Trump told reporters it didn’t matter if the US has a recession because the trade war is more important.