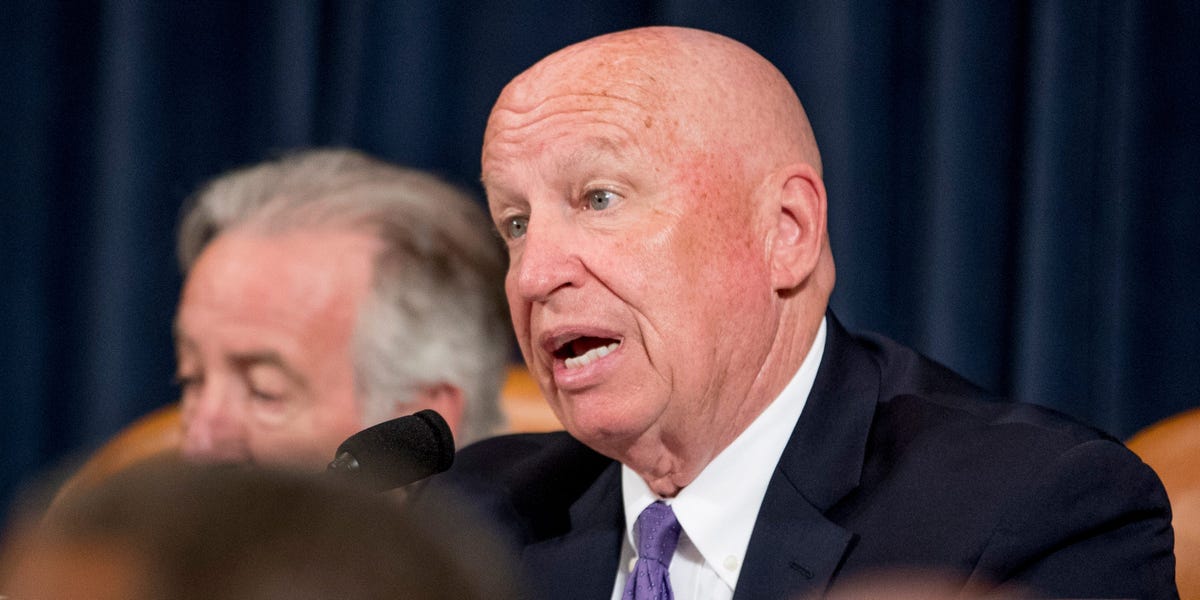 Rep. Kevin Brady of Texas — the ranking Republican on the tax-writing House Ways and Means Committee — was critical of elements within the White House’s stimulus proposal on Thursday, including a $400 weekly federal unemployment benefit.

During an interview with Fox Business, Brady said many Republicans are reluctant to back a stimulus plan with a big price tag.

“The worry is: ‘How much wasteful spending will we have to swallow to do this?” Brady said, adding he wanted the federal government to prioritize spending on thwarting the coronavirus and aiding the jobless.

But he expressed concern that a $400 federal supplement to state unemployment checks would disincentivize people from seeking work, arguing many would earn more out of work than on the job as a result.

It’s a claim often made by Republicans about the economic impact of the $600 federal unemployment benefit that expired in late July. Numerous studies show it didn’t keep jobless people out of the workforce.

Brady said “targeted help” was needed, particularly to airlines moving ahead with layoffs and the restaurant industry.

Read more: BlackRock’s investment chief breaks down why Congress passing a second round of fiscal stimulus is ‘quite serious’ for markets and the economy — and pinpoints which sectors will benefit in either scenario

House Democrats led by Speaker Nancy Pelosi are pressing for a $2.2 trillion stimulus plan. It includes a $600 weekly federal unemployment benefit, another wave of $1,200 stimulus checks, and aid to cash-strapped states and small businesses.

Brady’s remarks underscore the opposition to significant federal spending among GOP lawmakers. Many in the GOP say they’re opposed to stimulus plans since it would grow the federal debt. Lawmakers have approved over $3 trillion in federal aid since the pandemic began devastating the economy in the spring.

Negotiations between Treasury Secretary Steven Mnuchin and Pelosi stretched into their fifth day on Thursday. The California Democrat assailed the White House’s proposal in a Bloomberg TV interview.

“This isn’t half a loaf. What they’re offering is the heel of the loaf… and you really can’t just say, well, just take this,” she said.

Read more: Stimulus talks press on as dealmakers push for another boost to unemployment payments. Here’s everything you need to know about the rescue package.