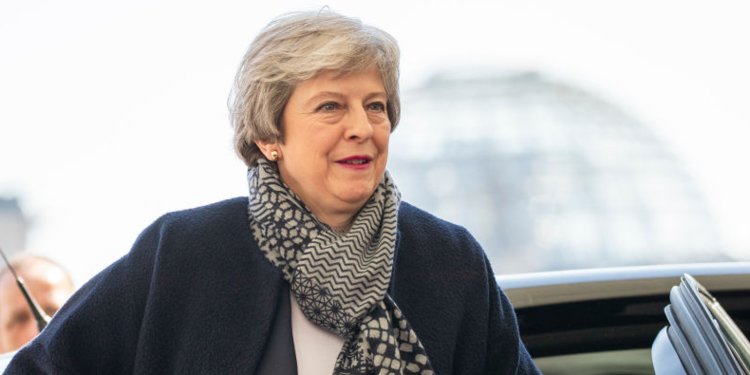 LONDON — Theresa May will head to Brussels for an emergency summit on Wednesday where the prime minister is set to be presented with a choice between accepting a lengthy delay to Brexit, or leaving without a deal.

The prime minister’s plea for a short delay to Brexit until June 30 has already been rejected in EU capitals and will likely be rejected again when leaders meet on Wednesday evening, with the UK currently scheduled to leave on Friday evening if no agreement is reached.

European Council President Donald Tusk has instead suggested an Article 50 extension of either 9 or 12 months, keeping Britain in the EU until at least December in order to avoid a series of rolling cliff-edges which he said would be bad for business and increase the risk of no deal.

The debate among member states, when the summit kicks off on Wednesday evening, will be about whether to offer an extension until December or March next year. Leaders will also consider whether to offer Britain an early exit from the extension should parliament approve a deal that allows the UK to leave the EU.

Theresa May has all but ruled out Britain leaving with no deal, having told MPs last week that they now faced a “stark choice” between leaving the EU with a deal or not leaving at all.

But that resolve could at least be tested depending on the conditions which European leaders attach to the extension.

French President Emmanuel Macron wants to curtail the UK’s decision-making powers while it remains in the EU, something that would add acutely to the sense of humiliation around the extension process in the UK.

Tusk and other member states have taken a less hostile line, and France could well be outmuscled in its demands.

Agreeing to a long Brexit delay would represent the most humiliating defeat yet for an embattled prime minister.

Many Conservative MPs are fiercely opposed to any delay to Brexit at all, and some believe that the prime minister will be forced out of office if she does agree to a long extension.

Meanwhile, the government’s talks with the opposition Labour party, an attempt to find a Brexit deal which could command the support of parliament, appear to be close to collapse.

Labour leader Jeremy Corbyn said on Tuesday that the prime minister had refused to compromise on her “red lines,” meaning no agreement could be reached.

Corbyn said: “Talks have to mean a movement and so far there’s been no change in those red lines.”

Negotiating teams from both parties will meet again on Thursday when Theresa May returns from Brussels to see if a last-minute deal can be struck.

A Downing Street spokesperson said on both parties had “further productive and wide-ranging talks” on Wednesday,.