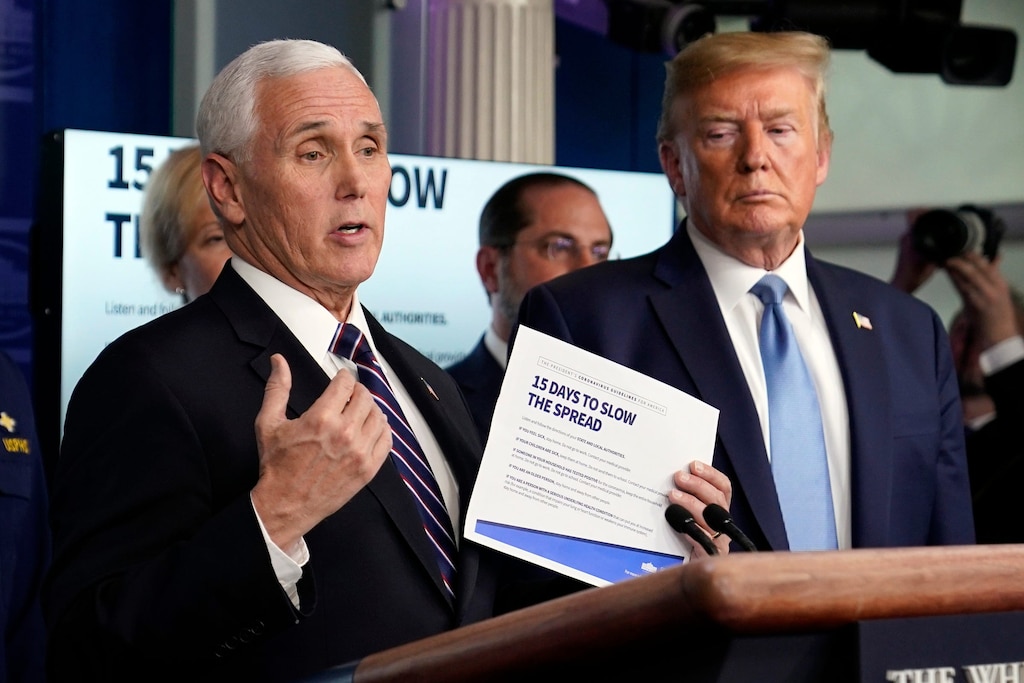 The Trump administration is planning to ask Congress for hundreds of billions of dollars to prop up the US economy as the coronavirus pandemic increasingly shutters businesses and keeps consumers at home.

The Washington Post first reported that the stimulus package would be around $850 billion. A senior administration official told Business Insider the proposal has developed rapidly in recent days, which were marked by historic drops in financial markets and growing fears about a potential downturn.

“That is moving on a very fast track,” the official, who spoke on the condition of anonymity to discuss internal deliberations, said of the request.

The proposal underscored a new sense of urgency in the White House, which had for weeks sought to downplay the human and economic threats of the respiratory illness COVID-19. Asked on Monday whether the US was heading toward a recession, President Donald Trump told a reporter: “Well, it may be.”

Read more: An investment chief whose ETF has surged 24% during the coronavirus meltdown details his strategy for profiting during stock-market crashes

The proposal could include the payroll tax cut that Trump has repeatedly called for since the outbreak began to show signs of economic fallout. But it’s unclear what path such a policy would face on Capitol Hill, where bipartisan members of Congress have expressed skepticism about its effectiveness and costs.

The Trump administration could also ask for roughly $50 billion to aid the airline industry as it reels from international travel restrictions and apprehensive consumers. Other industries and small- to medium-sized businesses may also receive targeted assistance.

The Senate is expected to pass this week a package that expands paid sick leave and other benefits for workers, though it has hit some snags as Democrats continue to negotiate with the White House. In February, Trump signed into law legislation that injected about $8 billion into efforts to fight COVID-19.

Read more: ‘Refinance your mortgage, take the money, and buy some stocks’: An investment chief overseeing $7 billion says he’s all-in on equities amid the mass coronavirus selloff — and shares 5 stocks he just bought