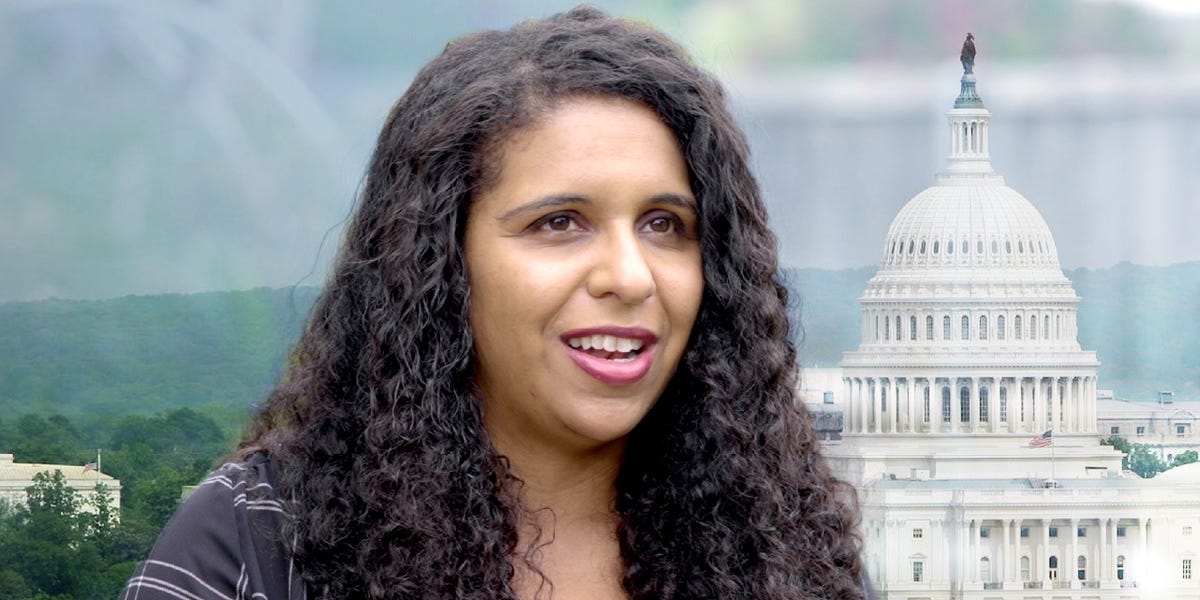 Valenzuela, an educator and member of her local school board, said the problems exposed by the global pandemic and the recent Black Lives Matter protests contributed to her primary win.

“A lot of the issues that we have in our income disparities, in our inequities, are in our unequal application of justice,” she told Business Insider Today. “All of those things did play a role in the win here. And I think they’re going to continue to play a role going forward in November.”

Valenzuela is running for a seat that has been held by the GOP for two decades. No woman or person of color has ever held that seat.

She has the backing of several prominent groups, including the female candidate-focused Emily’s List and the congressional Hispanic, Black, Asian, and progressive caucuses. She also was endorsed by the late Congressman and civil rights leader John Lewis.

Valenzuela has highlighted her upbringing throughout her campaign. According to her campaign site, her family struggled financially after her mother left the military. She fled with her mother from domestic violence and escaped to a gas station, where Valenzuela slept in a kiddie pool. She said the two of them were homeless and lived in shelters until her mother got back on her feet.

She’s now balancing her campaign with being a mother of two children.

“My husband and mother-in-law and I have been juggling our time, because one person watching them the whole day is not something that’s tenable for anybody,” she said. So we’re flipping our work schedules — my husband is often working into the night because my schedule requires my daylight hours. So I’m really proud of my family, but it is, it has been tough.”

While the US Congress has become more racially and ethnically diverse over the past five elections, only about 22% of its current members are nonwhite. That’s disproportionate when compared to the racial and ethnic diversity of the country’s general population.

But Congress is likely to become slightly more diverse next year thanks to a group of candidates from a wide variety of backgrounds.

Among them is Jamaal Bowman, a former principal in the Bronx who became the Democratic nominee for New York’s 16th Congressional District after a surge in support fueled by the Black Lives Matter movement. He defeated a 16-term incumbent and is now likely to win the general election in his historically Democratic-voting district.

“I knew that running as a Black man mattered in this district particularly because this is a majority-minority district. I’m the first Black man to hold this seat,” Bowman told Business Insider Today.

“This is a moment where we need this kind of change in Congress and at every level of government.”

And for Valenzuela, she remains optimistic for the future.

“What I would say to that little girl who was homeless as a small child is that it’s going to get better,” she said. “And when it does get better, you’re going to be able to work with a lot of incredible people to make it better for other children. And it’s not easy, but it will be worth it.”