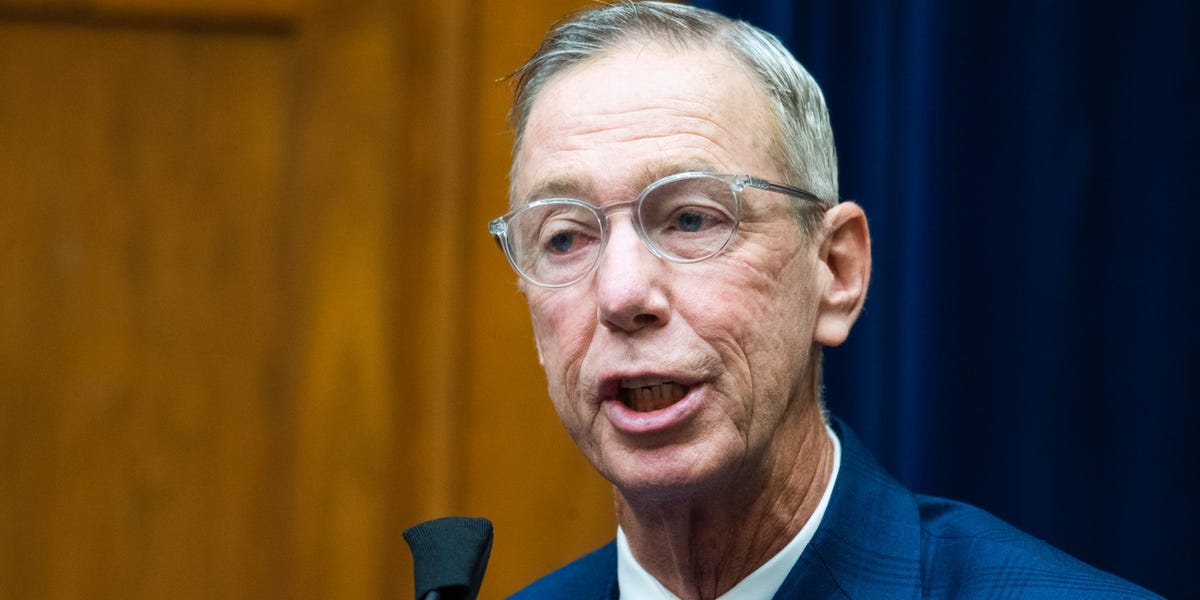 Lynch previously represented Massachusetts’ 9th District from 2001 to 2013 before being redistricted into the current 8th District, which encompasses parts of Boston and a large part of the South Shore, including Quincy, Bridgewater, Brockton, Canton, Hingham, and Scituate. This safely Democratic seat voted for 2016 Democratic nominee Hillary Clinton by 25 points.

Lynch, a former union ironworker and Massachusetts state legislator, has branded himself as a champion for the working class and union workers during his time in Congress. He currently serves on the powerful House Financial Services and House Oversight Committees, with his campaign website emphasizing his commitment to good jobs and infrastructure in the Boston area and the concrete investments he’s secured for the 8th District.

He’s held more conservative views on other issues, like guns, gay rights, and abortion, over the years, but once said in 2010 that “calling me the least liberal member from Massachusetts is like calling me the slowest Kenyan in the Boston Marathon…it’s all relative.”

Goldstein, a researcher who holds a Ph.D. in cancer genetics, is drawing a sharp contrast between himself and Lynch on issues including healthcare, protecting the environment by passing the Green New Deal resolution, and reproductive rights.

While Lynch is one of three currently sitting House Democrats to have voted against the Affordable Care Act in 2009, Goldstein supports the United States transitioning to a universal Medicare for All system.

Lynch’s campaign website emphasizes, however, that he has voted against all subsequent attempts by congressional Republicans to repeal the ACA, voted for the Patient Protection and Affordable Care Enhancement Act, and has backed efforts to reduce prescription drug costs.

Goldstein has been endorsed by 2020 presidential candidate Andrew Yang and his organization Humanity Forward, some elected officials in the state, and a slew of progressive organizations including Indivisible and OurRevolution.

With most of the attention in the state focused on the high-profile Senate primary battle between Sen. Ed Markey and Rep. Joe Kennedy III, Holyoke Mayor Alex Morse’s primary challenge of Rep. Richard Neal in Western Massachusetts, and the crowded seven-candidate Democratic primary in Massachusetts 4th District to replace Kennedy, this race has flown somewhat under the radar.

Lynch, a talented politician with deep roots in Boston and the South Shore, easily defeated a primary challenge from Brianna Wu in 2018 by a margin of 48 points.

Goldstein is mounting a formidable challenge to Lynch that could give the congressman a run for his money. Goldstein has spent $52,000 and $23,000 on digital ads so far this year, outspending the incumbent, while Lynch has just gone on the air in the final period before the election and has also started recently started running Facebook ads, Politico’s Stephanie Murray recently reported.

Federal Election Commission filings show that Goldstein has also overwhelmingly benefited from independent expenditures placed by outside groups on ads.

The Committee for Access to Affordable Healthcare, a PAC filed with the FEC in early August that is specifically supporting Goldstein, has spent over $70,560 on digital ads supporting Goldstein and opposing Lynch, and Indivisible PAC has spent over $2,800 on text messages for Goldstein. By contrast, just one $5,000 independent expenditure from the Massachusetts Nurses Association has been placed to support Lynch.