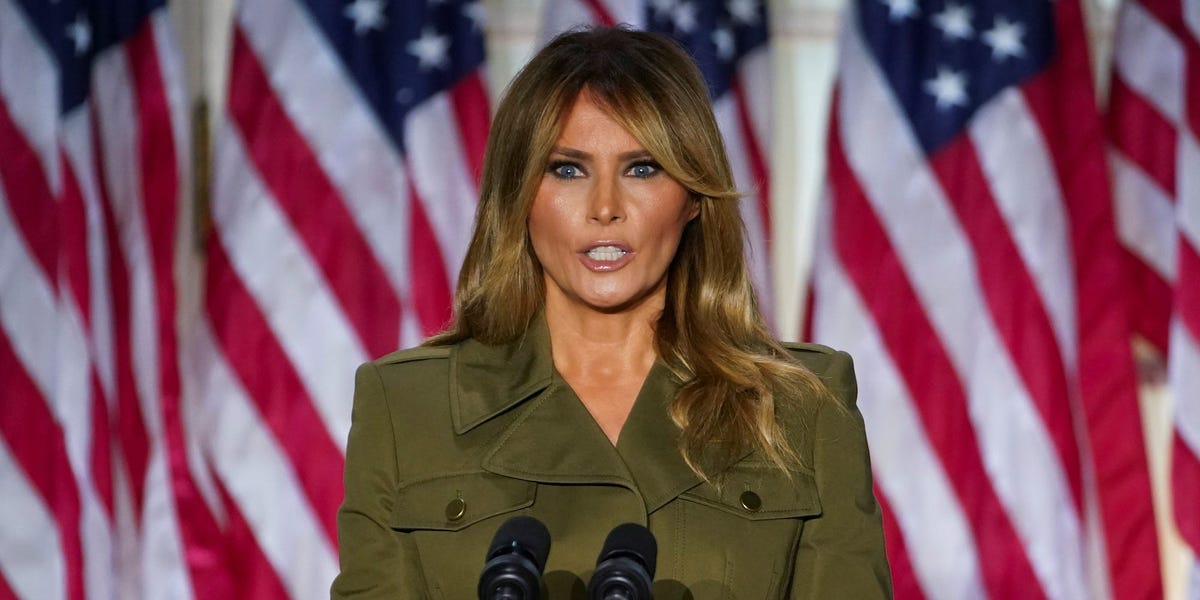 The GOP convention typically attracts the biggest conservative names in the country. That has not been the case for the 2020 convention, as President Donald Trump has so alienated prominent GOP establishment figures that some even chose to speak on Joe Biden’s behalf at the Democratic National Convention last week instead.

Nicholas Sandmann, a teenager who last year found himself at the center of a culture battle that largely played out on social media, was also a speaker. Sandmann used his speech to decry the media, and declared that he had been “cancelled.”

Former Florida Attorney General Pam Bondi offered a speech full of conspiracy theories on the Bidens and Ukraine that have repeatedly been disproven.

One of the people slated to speak, Mary Ann Mendoza, had her speech cancelled at the last minute because she’d shared an anti-Semitic conspiracy theory on Twitter earlier in the day.

While the second night of the RNC lacked the fire and fury of the first night of the proceedings, it filled that void with a series of surreal acts.

Trump, a president who has consistently vilified immigrants, returned to his roots as an entertainer and held a reality TV-style naturalization ceremony with acting Homeland Security chief Chad Wolf.

Five people became US citizens in the process, but what was not mentioned during that made-for-TV-moment was the fact Trump has separated thousands of migrant children from their parents, consistently sought to build a wall on the border to keep immigrants out, and routinely espoused xenophobic sentiments.

Trump, who recently sparked uproar after commuting the sentence of his friend Roger Stone, also held a pardoning ceremony during the RNC on Tuesday. The “law and order” president, who has spent the summer demonizing people protesting systemic racism in America’s criminal justice system, pardoned a convicted bank robber.

The naturalization and pardoning ceremonies both took place at the White House. The president has faced fierce criticism for holding much of the convention at the White House and politicizing what is perhaps the most iconic public building in the US.

In using the powers of his office to promote his reelection effort in such a blatant fashion, Trump broke ethical norms in a profound way on Tuesday. And by performing an official duty in what was a campaign event, Wolf may have violated a law (the Hatch Act) prohibiting federal employees from engaging in political activities while on the job.

This all came before Secretary of State Mike Pompeo delivered an unprecedented speech that broke protocol and saw America’s top diplomat participate in a partisan event while on a taxpayer-funded trip to the Middle East. Pompeo has also faced allegations of breaking the law by delivering remarks at the convention, and House Democrats are launching an investigation into his speech.

And in the final speech of the evening, First Lady Melania Trump touched on how how “mean and manipulative social media can be.” Left unsaid was the president’s well-documented, almost hourly tendency to use Twitter as a weapon to spread disinformation and attack his opponents.