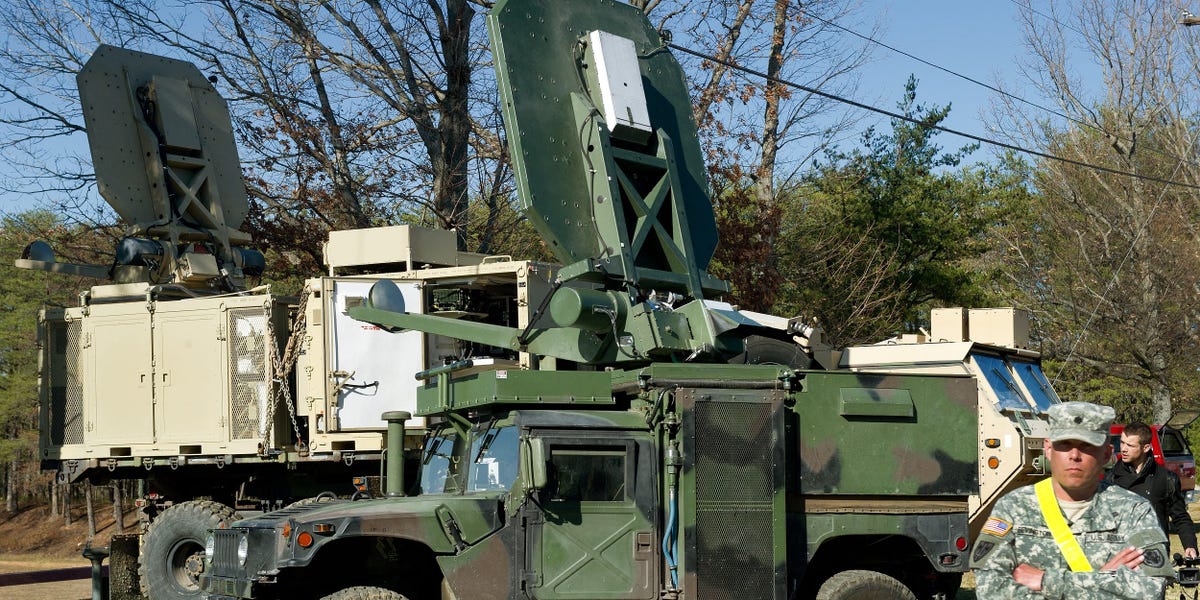 Weeks before the 2018 midterm elections, President Donald Trump demanded “extreme action” at the border. His subordinates responded by debating the use of a “microwave weapon” that makes it feel like one’s skin is burning off, The New York Times reported Wednesday.

The suggestion, from officials at US Customs and Border Protection, “shocked attendees” at the October 28, 2018 meeting, according to the Times. The Active Denial System, as the weapon is known, had to that point never been seriously considered as a means of deterring human beings from crossing the US-Mexico border “amid doubts over its effectiveness and morality,” the Times reported.

The ADS system is “a nonlethal, counter-personnel weapon” that is “designed to match new concepts with the needs of our war fighters,” according to an informational video from the US Department of Defense. “It uses a directed beam of millimeter wave energy that penetrates about 1/64th of an inch into the adversary’s skin.”

While it’s currently considered nonlethal, the technology is not harmless: the US military’s own experiments have resulted in test subjects suffering second-degree burns. It was deployed in Afghanistan in 2010 but, according to the group Physicians for Human Rights, “was recalled a few months later and has never been used against enemy combatants in military settings.”

The Times’ account of the 2018 meeting is based on the testimony of two former officials at the US Department of Homeland Security who claimed that the-secretary Kirstjen Nielsen balked at the proposal.

A DHS spokesperson claimed the energy weapon “was never considered.”

The report comes two weeks after two former DHS officials told NBC News that in May 2018, the president’s senior advisors held a vote at the White House on whether to separate migrant children from their parents. Nielsen objected to that policy too, the officials claimed, although she went on to vigorously defend it, even after leaving office. “I don’t regret enforcing the law,” she said at an October 2019 conference, The Guardian reported.

Two former officials at Trump’s DHS have recently come out against the president’s reelection, recording ads for a group called Republican Voters Against Trump. In a video released Wednesday, Elizabeth Neumann, former assistant secretary for counterterrorism and threat prevention, said that Trump’s rhetoric in office had indirectly contributed to terrorist attacks by far-right extremists.

Miles Turner, former DHS chief of staff, earlier recorded an ad describing his experience in the Trump administration as “terrifying.”