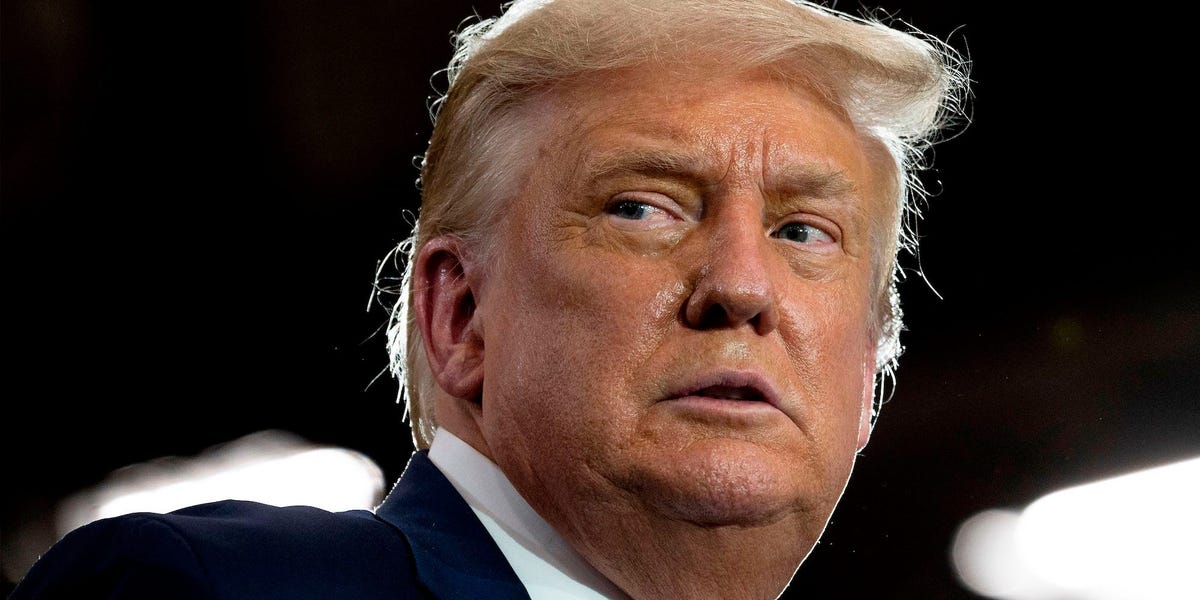 Few of President Donald Trump’s highly placed friends in the New York City real-estate industry are lavishing donations on his reelection campaign as it enters the final key months.

Major supporters of President Trump, such as Steve Roth, the chief executive of Vornado Realty Trust, one of the city’s largest commercial landlords, haven’t given to the president in 2020, even as he trails Democratic challenger Joe Biden in the polls.

Big-ticket donors have generally been reluctant to give to the president in recent months. Landlords in the city may be particularly reticent to donate out of fear of stirring controversy in the fragile business environment brought on by the pandemic, people familiar with their thinking told Business Insider.

The Trump campaign did not immediately respond to a request for comment.

Last summer, Stephen Ross, the billionaire New York City based real-estate developer and owner of the Miami Dolphins, drew withering criticism after he hosted a fundraiser for Trump at his Hamptons mansion. The event, which helped raise $12 million for the Trump campaign, spurred a public boycott of the Equinox gym chain and Soulcycle indoor cycling studio, which Ross owns stakes in.

In a recent interview with the New York Times, Ross expressed regret about the incident, stating that it “caused a lot of problems for my business partners” and “a lot of money was lost from people who were complaining about me.”

“Seeing how it’s impacted my business partners, of course I would have to look at it differently,” Ross told the Times.

Ross, according to donation records, hasn’t actually contributed to Trump during this election or the last, giving, instead, to Jeb Bush, during the 2016 Republican primary contest.

Read More: Out-of-state billionaires like Jeff Bezos and Ken Griffin who have second homes in luxe NYC apartment buildings may get slapped with a new tax — here’s what it could mean for an already-reeling real estate market.

A person who knows Roth personally said he wanted to create a “little distance” between himself and the president during the election.

“Everyone is worried about association,” the person said, who didn’t want to be identified because of Roth’s aversion to the press.

Spokespeople for Roth did not immediately respond to a request for comment.

In recent months, Roth’s firm Vornado Realty Trust began marketing a recapitalization of two large office buildings, 1290 Avenue of the Americas in Manhattan, and 555 California Street in downtown San Francisco, that it co-owns with the President Trump’s family real-estate business, the Trump Organization.

Several sources familiar with the sales offering said that such a transaction, if completed, would likely see the Trump Organization’s roughly 30% stake in those properties bought out by a new partner, severing the long-standing business partnership between the two firms.

Joe Farrell, a prolific developer of luxury homes in the Hamptons, who held a reception for Trump on the same day of the Ross-hosted fundraiser last year, also hasn’t given to the President’s reelection in 2020. In July of 2016, Farrell handed $25,000 to the Trump Victory PAC.

“The Hamptons is super hot right now and Joe has a bunch of inventory sitting on the market he wants to sell and everyone out there, for the most part, is Democrat, not Republican,” said a real-estate executive who both knows Farrell and is friends with President Trump. “He’s in a tough spot where he doesn’t want to damage his business.”

Farrell did not respond to a request for comment.

Read More: A senior Facebook executive reveals why the company is still betting on NYC real estate with its recent blockbuster office deal.

Richard LeFrak, another New York City real-estate billionaire who is pals with Trump and handed over $100,000 to a Trump PAC in 2017, has also withheld giving since then. In the leadup to the 2016 election, LeFrak gave $150,000 to the Trump Victory PAC.

In pockets of solidly blue New York City where there is political support for Trump, officials bemoaned the lack of loyalty to the President’s campaign as the election nears.

“If I was a real-estate honcho, I’d support every Republican from Trump down to [a] dog catcher, considering the left has declared developers and landlords enemies of the people,” said Joe Borelli, a New York City Councilman representing the southeast end of Staten Island. “These boycotts, they don’t have an effect, they never have an effect. I’m willing to bet a whole bunch of progressives are right back at Equinox now that gyms have reopened.”

Not all the President’s friends have abandoned him. Developer Steve Witkoff donated $220,000 to the Trump Victory PAC in June and has given a total of $930,000 to Trump PACs since 2017. Witkoff, however, has shifted much of his real-estate investment and development activity out of New York City in recent years.

Have a tip? Contact Daniel Geiger at [email protected] or via encrypted messaging app Signal at +1 (646) 352-2884, or Twitter DM at @dangeiger79. You can also contact Business Insider securely via SecureDrop.