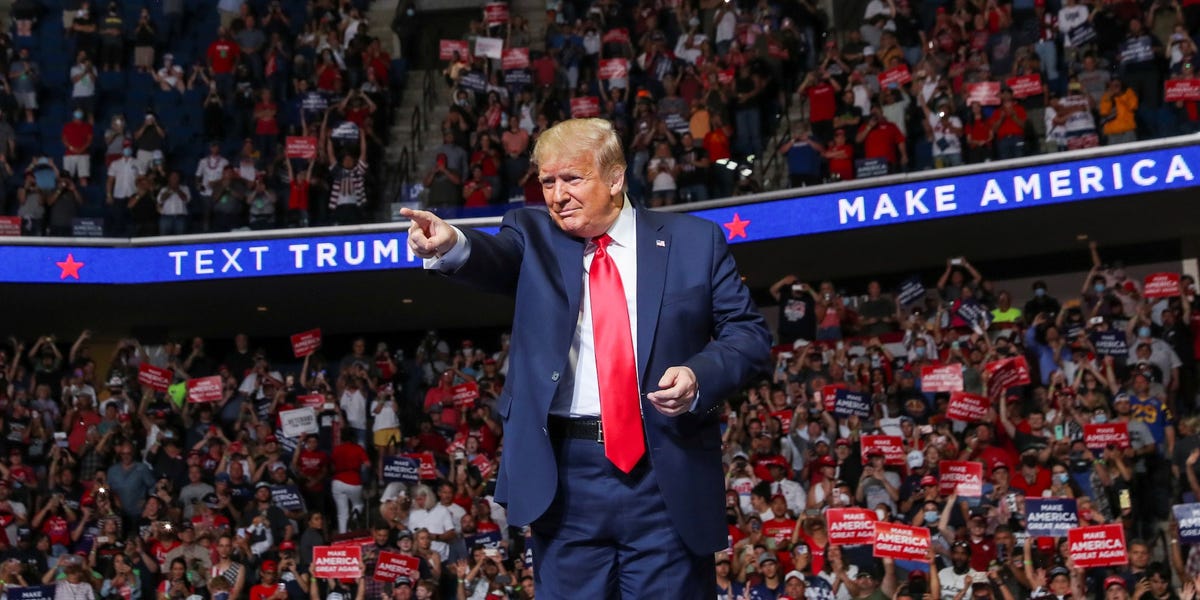 For lawyers, a few years of work in the White House or an executive agency is typically a nice resume-booster before returning to the private sector. But with a presidential election looming, some attorneys and legal industry observers wonder whether this time will be different.

President Donald Trump’s administration has been mired in lawsuits from the month he took office. From the travel ban to TikTok, the Trump administration’s executive orders and regulatory actions have been challenged in court at every turn — with help from Big Law, often working for free — and criticized across the political spectrum.

Several lawyers who have left the administration said they haven’t had any problems finding a nice job in the private sector, though. Those whose plans were derailed blamed the pandemic.

“It is getting more challenging for government lawyers who are not highly prominent to get the jobs at the firms,” said Lauren Drake, a headhunter at Macrae. “I think that is absolutely related to the pandemic, and not to the controversial current administration.”

Political appointees who emerge from the White House Counsel’s Office and the Department of Justice are generally highly sought after by law firms, with their experience and relationships a selling point for clients. Specialists across the executive branch are also in demand; a lawyer who knows the ins and outs of the Treasury or the SEC can bolster a law firm’s appeal to finance-industry clients, and drugmakers might be drawn to lawyers who worked at the FDA.

Some lawyers leaving the Trump administration didn’t have an easy time landing, though. Some were for unique reasons; Alexander Acosta, the former Secretary of Labor, stepped down in 2019 after he was accused of going easy on Jeffrey Epstein as a Florida prosecutor, and has not resurfaced since. For others, the pandemic has thrown cold water on negotiations, or they just weren’t senior enough to merit the risk of a compensation package upwards of $500,000 and a slice of a law firm’s equity.

“It’s easy to say everyone’s going to have a ‘T’ on their forehead,” said one veteran D.C. lawyer at a major law firm, “but the reality is more nuanced.”

One factor that makes a big difference is a lawyer’s seniority and past experience in the private sector, observers said. A Big Law partner who worked on big mergers — like Jay Clayton, who had been at Sullivan & Cromwell — or shepherded companies through regulatory disputes will have more options than a former associate who took a lower-level role. A lawyer who has spent his or her entire career in government might not even be considered by some Big Law firms.

The other major difference is the kind of role the person played. The White House Counsel’s Office and the Department of Justice are widely seen as marquee agencies, but having been at the center of a political firestorm — like immigration policy, or investigations of Russian meddling in US elections and President Trump’s effort to pressure Ukraine into probing the Bidens — may turn off some clients, or not be seen as the kind of experience that would translate to the private sector.

“If you cut your teeth coming up with legal strategies for building a wall, you might as well hang it up,” the veteran lawyer said.

Read more: Law firms are pulling the trigger on pay cuts and layoffs — and they’re already rethinking tech, office space, and recruiting for the long term

To be sure, political controversy isn’t a kiss of death; even lawyers involved in the Watergate scandal went on to work at law firms and investment banks. Some lawyers in the Obama administration had trouble finding jobs, too, with one D.C.-area law firm partner recalls hearing that Democratic lawyers with “reputations of being very difficult” had a tough time on the Big Law job market.

Hiring dynamics will also depend on whether President Trump wins re-election, several sources said. If he does, a lawyer’s connections and knowledge of the administration’s priorities could prove more valuable to clients than if Joe Biden wins the presidency.

Some high-profile lawyers from the Trump administration have landed well in the private sector. Rachel Brand, the former number-three at Justice, took an executive role at Walmart in 2018, and Jennifer Newstead, who was the State Department legal advisor, is Facebook’s top lawyer. Don McGahn, who led the White House Counsel’s Office, and Noel Francisco, the former solicitor general, returned to their old firm, Jones Day, which has also hired Schuyler Schouten, who was a Davis Polk associate before working under McGahn, and Brett Shumate, who defended administration policies at the Justice Department.

Others still in government would likely find themselves sought after. Names floated in interviews for this piece include Brian Callanan and Brett McIntosh at the Treasury Department and Brian Rabbitt and Claire Murray at Justice. Acting solicitor general Jeff Wall or deputy attorney general Jeff Rosen, who had been the GC of the Transportation Department, sources said.

“I think what we’re seeing this time around is a little bit closer examination of who the individuals are, what their experience has been prior to joining the administration and also, what are their prospects for generating business?” said Jeff Rosen, a recruiter who runs the Washington, DC office of Major Lindsey & Africa.

All but one of the eight lawyers who have left the Trump administration interviewed for this piece said they didn’t perceive any hint of political bias when they were on the job market.

“At the end of the day, law firms and general counsels’ departments need talent, and they need people who have experience in these agencies,” one lawyer who served in the Trump administration said. If Biden wins the White House, “a bunch of big Democratic partners are going to go in, and someone’s going to have to service those books.”