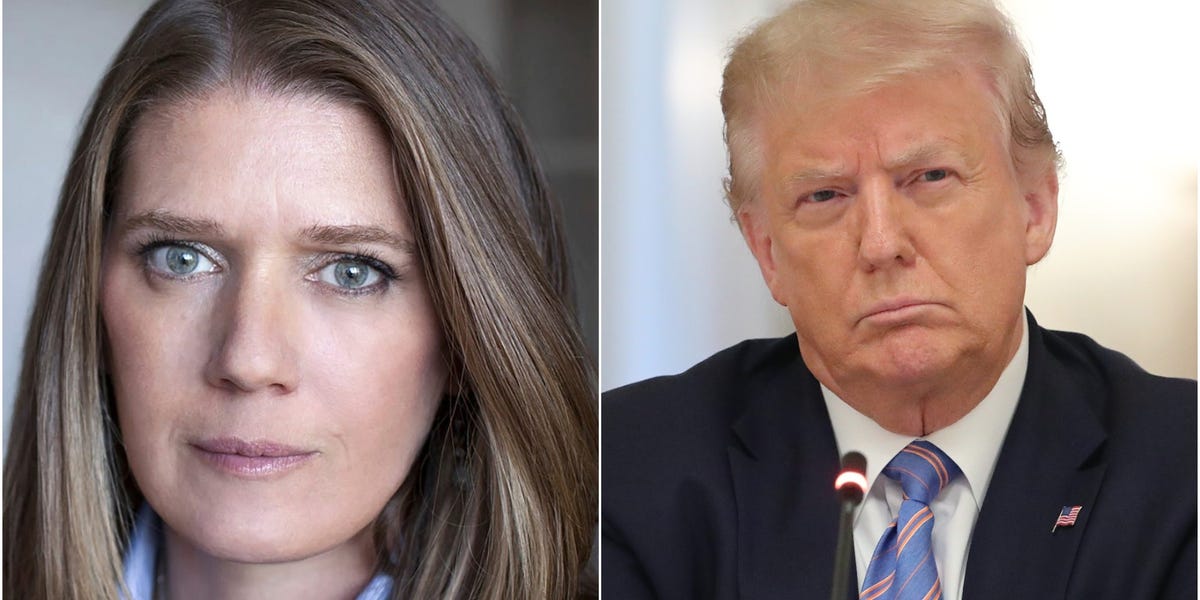 President Donald Trump blasted his niece, Mary Trump, on Twitter Saturday, calling her “unstable” and saying that she was “rightfully shunned, scorned and mocked her entire life, and never even liked by her own very kind & caring grandfather!”

Mary, 55, is a clinical psychologist who wrote the scathing book “Too Much and Never Enough: How My Family Created the World’s Most Dangerous Man” about the president. It was released last month.

Trump’s tweets, in which he also said people can only land book deals and jobs with CNN and MSNBC (which he calls “MSDNC”) if they “contain as much bad ‘stuff’ as possible,” came after Mary released new recordings of his sister, Maryanne Trump Barry, criticizing the president’s children.

In her book, Mary describes how her uncle bullies and cheats “as a way of life.” For example, she claims, he paid someone to take the SAT for him, which helped earn his admission to Wharton.

Mary also says the president went to the movies while his older brother was dying, and that his behavior is at odds with his evangelical base.

“The only time Donald went to church was when the cameras were there,” Mary writes, quoting her aunt. “It’s mind-boggling. But that’s all about his base. He has no principles. None!”

She blames Trump’s nature on his abusive upbringing by a father who hated apologies more than failures, and who didn’t allow the president to access or express his feelings.

“That’s what sociopaths do: they co-opt others and use them toward their own ends — ruthlessly and efficiently, with no tolerance for dissent or resistance,” she writes.