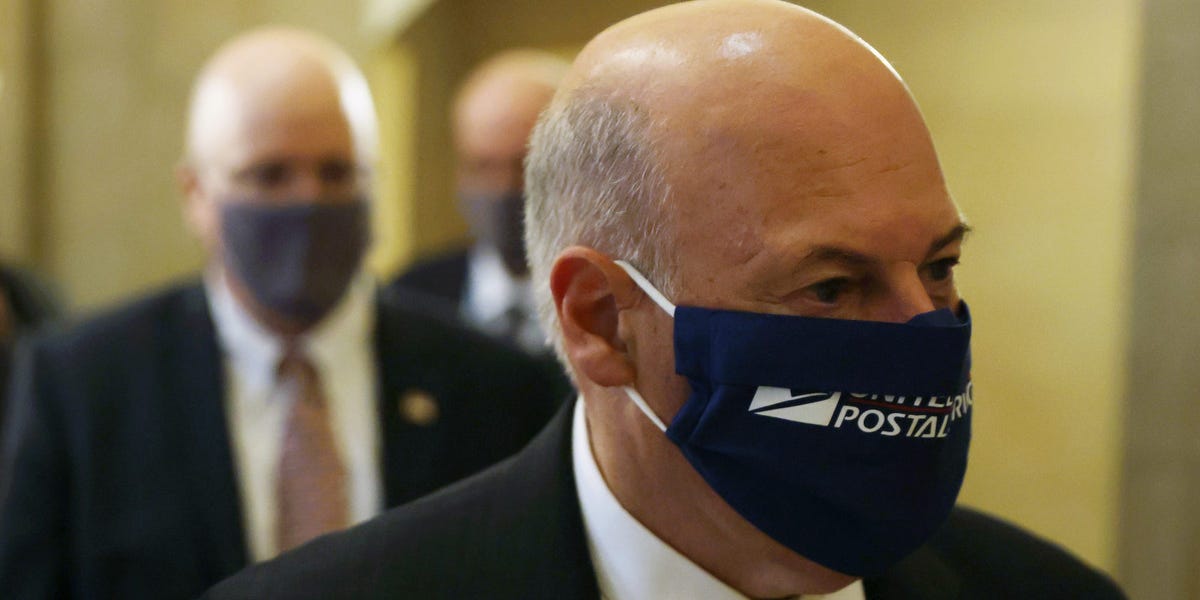 Postmaster General Louis DeJoy will appear to testify before the US Senate Homeland Security Committee on Friday to testify about the US Postal Service’s financial status and how the Postal Service plans to handle historic levels of Americans casting ballots by mail this November.

A firestorm of controversy erupted around DeJoy, a shipping and logistics executive and GOP donor who had never worked at the Post Office, when he announced new operations protocols meant to cut costs at the cash-strapped Postal Service, which has seen mail volume plummet in the past decade and was hit hard economically by the pandemic.

In particular, new changes Postal Service leadership enacted limiting overtime and late trips have contributed to mail delays in some parts of the country and sparked fears that voters’ ballots could be among the mail items delayed.

Despite the Postal Service’s robust capacity for processing mail and their assurances that election mail will represent a small percentage of their total mail volume, systematic operations changes to the agency could still cause delays in the delivery of mail ballots this November.

In a Tuesday statement, DeJoy reversed course and announced he would suspend operational changes to US Postal Service until after the election “to avoid even the appearance of any impact on election mail.”

In particular, DeJoy promised there would be no changes to retail hours at Post Office branches, no more removal of existing equipment or closures of processing facilities, and importantly, that overtime for carriers would be “approved as needed.”

Still, his statement and particularly the vague guidance around overtime and late trips left many Democrats unsatisfied and seeking more concrete answers from DeJoy on how the Postal Service plans to keep providing consistent service.

Notably, he later said he would not reverse previous changes that Democrats criticized, including the removal of some mail sorting machines and collection boxes. The systematic removal of processing equipment and collection boxes, however, was largely been in response to a yearslong decline in mail volume and was in the works long before DeJoy became the postmaster general.

And on Thursday night, the Washington Post reported that DeJoy is eyeing further cost-cutting changes to the Postal Service after the election, including raising package delivery rates for customers like Amazon and UPS, increasing service rates in Alaska, Hawaii, and Puerto Rico, charging all states first-class rates for election mail, and limiting discounting for non-profit groups.

Watch the hearing and follow along for updates here:

GOP attacks on Joe Biden for being old, “senile” were a mistake

US Census watchers are worried about earlier deadline and USPS delays