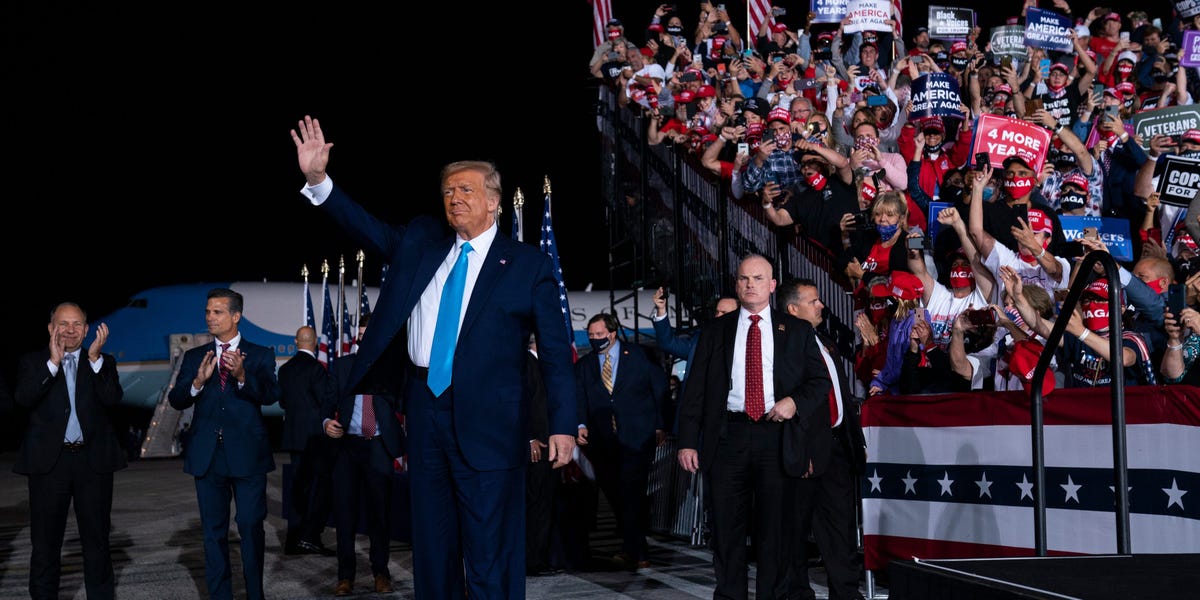 President Donald Trump attended a series of White House meetings, campaign rallies, and a presidential debate in the days leading up to his positive COVID-19 test, possibly exposing dozens of people, if not more, to the virus.

Photos show Trump maskless and in close contact with members of his family, staff, and supporters over the past week. The announcement early Friday morning that he’d tested positive for the virus triggered a whirlwind of testing and contact tracing inside the White House and others with whom Trump has recently interacted.

The president is currently quarantining at the White House with First Lady Melania Trump, who also tested positive. Both are experiencing mild symptoms so far.

The news comes after Trump  downplayed the severity of the virus at the onset of the pandemic and continued to do so in the months afterward. He has been criticized for frequently ignoring and acting against the public health guidance coming from within his own administration, including flip-flopping on mask-wearing and hosting campaign events with thousands in attendance.

Trump announced Judge Amy Coney Barrett as his Supreme Court nominee to replace the late Justice Ruth Bader Ginsburg in a Rose Garden ceremony. Barrett tested negative for the virus on Friday, according to the White House.

The president later traveled to Pennsylvania for a campaign rally, speaking on stage to thousands of supporters. Many Republican congressmen from the state were also in the crowd, including Reps. Scott Perry, Dan Meuser, Lloyd Smucker, Fred Keller, John Joyce and Mike Kelly.

Trump provided an update to the national coronavirus response during a briefing at the Rose Garden.

Trump showed his mask during the debate against former Vice President Joe Biden and mocked his opponent for his frequent mask-wearing.

Biden and his wife, Jill, tested negative on Friday. Others at the debate, including White House senior advisers Jared Kushner and Ivanka Trump, have also tested negative.

Trump spoke to reporters on the south lawn of the White House.

Trump later traveled to Minnesota for a campaign rally. Hope Hicks travelled with him to the event on Air Force One. She reportedly started showing symptoms at the event and tested positive for COVID-19 the next day.

The president headed to his golf club in Bedminster, New Jersey, for a fundraiser. Hours later, at about 1 am ET, he announced on Twitter that he had tested positive for the virus.