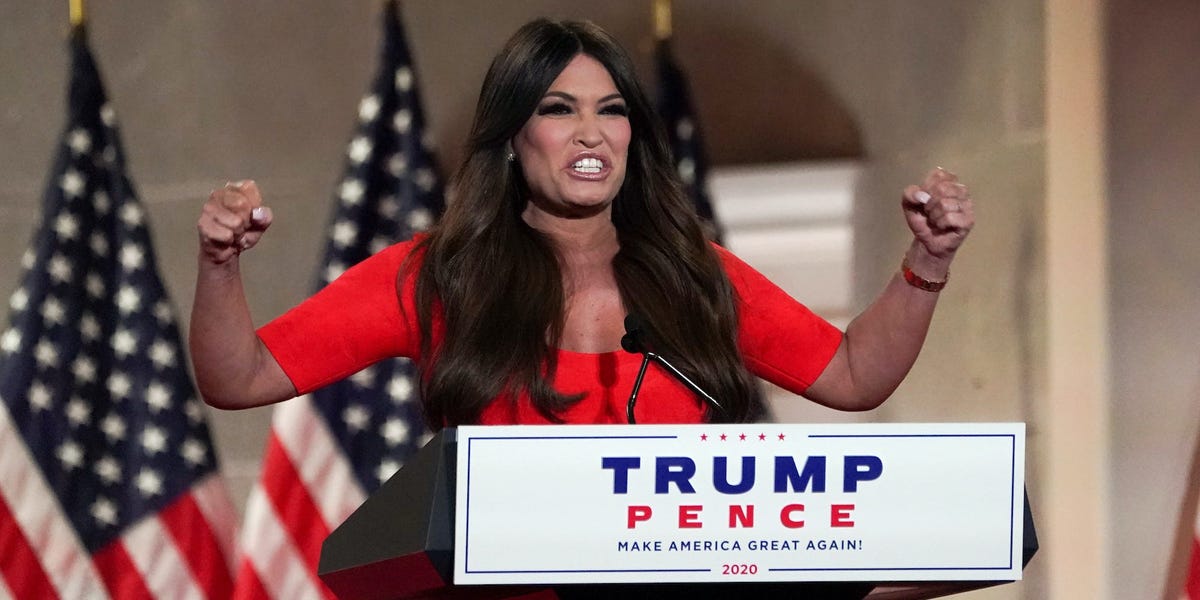 The first night of the Republican National Convention was all about injecting fear into the hearts of US voters.

Using hyperbolic and dystopian language, virtually every speaker warned Americans that if Joe Biden and Kamala Harris win it will destroy America as we know it.

Mark and Patricia McCloskey, the gun-toting St. Louis couple who gained internet fame after threatening peaceful Black Lives Matter protesters with firearms earlier this summer, claimed that Democrats “are not satisfied with spreading the chaos and violence into our communities” and want to “abolish the suburbs all together.”

“Biden, Harris, and the rest of the socialists will fundamentally change this nation,” Guilfoyle said in a speech that was filled with rage.

“They want open borders, closed schools, dangerous amnesty, and will selfishly send your jobs back to China while they get rich. They will defund, dismantle, and destroy America’s law enforcement,” she said.

“When you are in trouble and need police, don’t count on the Democrats,” Guilfoyle added.

Guilfoyle mostly shouted her speech, which was delivered in an empty room.

GOP Sen. Tim Scott, the final speaker, said that Biden and Harris want to turn the country into a “socialist utopia.” Biden is a moderate with a documented record of working with Republicans, and Harris holds many centrist positions and is considered far too conservative on criminal justice by progressive Democrats. Claiming that either Democratic candidate is a “socialist” is ludicrous.

Not one speaker mentioned the catastrophic death toll from COVID-19 in the US, which has the highest number of confirmed fatalities from the virus in the world. More than 177,000 Americans have died as of Monday evening.

Donald Trump Jr. misleadingly claimed his father “acted quickly” to control the pandemic, which is continuing to spread at an alarming rate across the country. The president has repeatedly downplayed the threat of COVID-19, and public health experts have described his handling of the pandemic as “abysmal.”

Trump Jr. also suggested that the GOP is a party defined by a dedication to “church, work, and school,” while claiming. Democrats are all about “rioting, looting, and vandalism.”

The RNC speakers also did not acknowledge that Trump’s mishandling of the coronavirus pandemic has occurred in concert with record levels of unemployment and millions of Americans losing their jobs.

Earlier in the day, Trump delivered an unexpected speech at the Republican National Convention hall in Charlotte, North Carolina. It offered a preview of what would come from RNC speakers later in the day, as it was filled with unfounded allegations and conspiracy theories and offered ominous, exagerrated warnings to Americans about the intentions of Democrats.

While continuing to push the baseless notion that Democrats seeking expanded access to mail-in voting will lead to widespread fraud, Trump said, “They’re using Covid to defraud the American people — all of our people — of a fair and free election.”

In reality, Trump is trailing Biden in the polls and is trying to undermine the legitimacy of the 2020 election while seeking to fill Americans with fear about the prospect of a Democratic victory on Election Day.

If day one of the RNC is any indication of what’s to come, the 2020 GOP convention will be an overwhelmingly negative, dark event.

Comparatively, the Democratic National Convention, which took place last week, pushed an optimistic message about healing the country after a divisive era.

“Here and now I give you my word,” Biden said in his DNC speech. “If you entrust me with the presidency, I will draw on the best of us, not the worst. I will be an ally of the light, not the darkness. It’s time for us, for we, the people, to come together. And make no mistake. United we can and will overcome this season of darkness in America.”