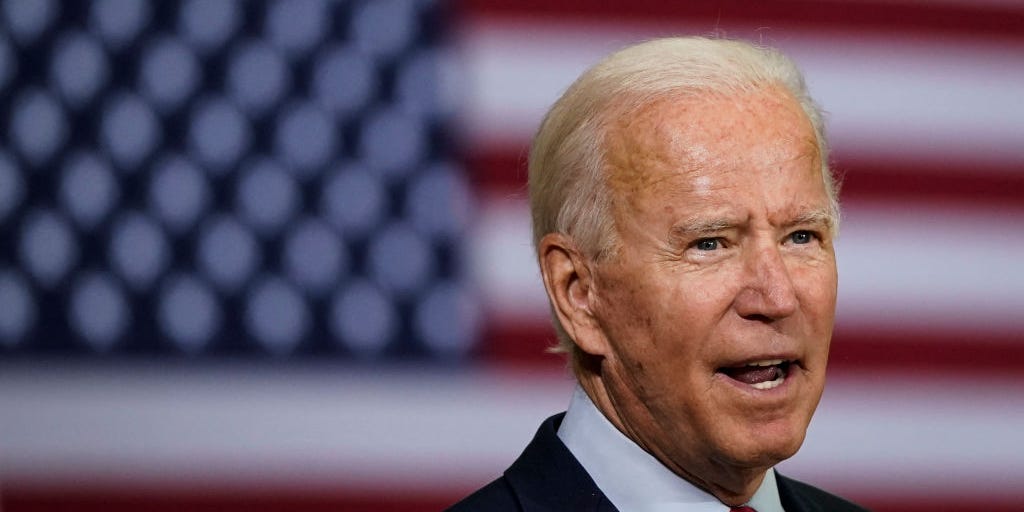 The six-page document, which was legally required to be released before October 1, lays out a broad ethics plan from the Biden transition team that restricts how lobbyists — people paid to advance policies that benefit corporations or other interest groups — can sway a new administration’s staffing and priorities.

“The Biden-Harris Transition prioritizes integrity and the highest ethical standards to serve the American people,” transition cochair Ted Kaufman said in a statement. “Our ethics code and plan demonstrate the values that would be part of a Biden-Harris Administration and promote accountability to garner trust from the American people at every stage.”

The ethics plan bars transition-team members from working on matters where they have a financial conflict of interest. It largely prohibits people who have been federally registered to lobby in the previous year from serving on the team. People who have engaged in lobbying activities — even if they weren’t federally registered — can’t work on the specific issues they lobbied on.

“It is disappointing that the ethics plan allows exemptions on the restrictions applicable to lobbyists simply at the will of the general counsel,” Craig Holman, Public Citizen’s Capitol Hill lobbyist on ethics, said.

Jeff Hauser, the executive director of the government-personnel watchdog Revolving Door Project, told Insider of the ethics plan: “This is not a serious document.”

He said he expected Biden to be an “incredible improvement on corruption from Donald Trump” but that people inside Biden world would continue to push for tougher restrictions.

Many advocates are pressuring Biden to toughen his approach to lobbyists after former administration officials have found loopholes to the attempted crackdowns.

“We’d like people who work on the transition to not do any work on a part of government that relates to their recent or imminent employer,” Hauser said.

Broadly, Holman called the document “considerably stronger than anything Trump has ever proposed.”

Both Trump and Hillary Clinton sought to limit lobbyist participation in their 2016 transition efforts.

Trump even touted his policies as part of his effort to “drain the swamp,” but the lobbying bans haven’t been enforced.

Four years ago, Trump’s transition team announced that incoming officials couldn’t work on anything they’d lobbied on in the past year, though the team appeared to defy its own rules. Trump administration officials have also violated the administration’s policy that bars political appointees from lobbying agencies at which they worked for five years, according to ProPublica.

The Clinton transition ethics plan also barred officials from working on issues they’d lobbied on in the previous year and prohibited registered lobbyists from holding official positions on the transition team.

Then-President-elect Barack Obama’s transition team made waves in 2008 when it announced that it wouldn’t accept lobbyist contributions for the transition effort and would similarly bar people from working on issues they’d lobbied on in the previous year.

John Podesta, a cochairman of the Obama transition at the time, called the limitations “the strictest, the most far-reaching ethics rules of any transition team in history.”

US lobbying disclosure is as much an art as it is a science.

Congress last passed a major federal lobbying-reform law in 2007 — the Honest Leadership and Open Government Act — in the aftermath of a sweeping scandal centered on the former superlobbyist Jack Abramoff.

But even then, as is the case now, many lawmakers and transparency advocates found the reforms lacking and filled with loopholes.

If, for example, a person doesn’t spend 20% or more of their time on a narrowly defined set of activities considered “lobbying,” the person isn’t required by law to register as a lobbyist. Instead, they may work for clients as a “strategic adviser” or in some similar capacity, avoiding disclosure about their work as a professional political influencer.

It’s also still rare for the Department of Justice to enforce laws designed to keep lobbyists — or people who should be registering as lobbyists — in line.

Perhaps not surprisingly, the number of federally registered lobbyists steadily declined in the years after Congress passed the Honest Leadership and Open Government Act, with numbers plateauing of late, according to the Center for Responsive Politics.

Many Democrats have pushed for stricter rules governing who must register as a lobbyist and what they must disclose about their influence peddling.