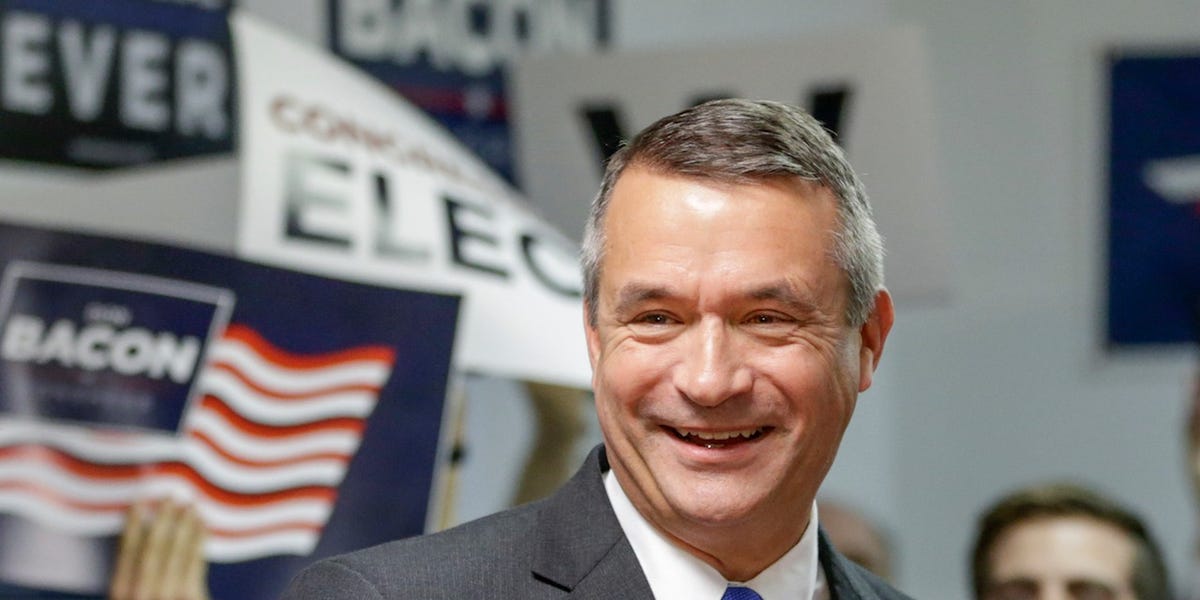 Bacon, the incumbent, is a veteran of the United States Air Force. Following his time in the military, he served as the military advisor for Rep. Jeff Fortenberry. Bacon’s legislative agenda and campaign is centered around agriculture, oversight and government reform, strengthening national defenses, and supporting U.S. veterans.

Bacon’s challenger, Eastman, is a social worker and small business owner. In 2014, Eastman was elected to a four-year term to the Board of Governors of Metropolitan Community College in Omaha. She is running on a campaign to lower prescription drug costs, lowering college tuitions, and addressing climate change.

After losing by just two percent to Bacon in 2018, Eastman faced pressure in the Democratic primaries, namely from Ann Ashford. In response to Ashford’s campaigns against Eastman, Eastman received support from Rep. Alexandria Ocasio-Cortez in a campaign email.

“Establishment forces have been aligned against Kara since the beginning,” the email said. “In 2018, Kara came within just 2 points of defeating the incumbent Republican…but the Democratic Party still tried to recruit a different challenger. Instead of uniting behind her, they tried to find someone with fewer progressive policy planks to run instead,” it added, in a thinly-veiled reference to Ashford.

Two recent Democratic internal polls from this summer indicate that the race is quite close. An internal poll from the Eastman campaign conducted June 30-July 5 found Eastman leading by one point, 50% to 49%. An earlier poll conducted by the Democratic Congressional Campaign Committee in May prior to her primary win also showed her ahead by one point, 48% to 47%.

Nebraska’s 2nd congressional district is located on the eastern edge of the state. It is home to Omaha, the state’s largest city, as well as Douglas County and the western region of Sarpy County. Since 1995, the district has only been represented for one term by a Democrat.

The district is both is a top target for Democrats to win both in the House of Representatives and in the electoral college this November.

Nebraska allocates their five electoral college votes proportionally, with two allocated based on the statewide vote and the other three based on the results in each of the state’s three congressional districts, meaning the second district is worth one vote on its own.

Nebraska’s second went for former President Barack Obama in 2008, but then swung to Mitt Romney in 2012 and President Donald Trump in 2016, backing Trump by just two percentage points, according to the Daily Kos.

But as America’s suburbs continue trending blue, Democrats hope this year to defeat the Republican incumbent and win the district’s vote in the electoral college.

According to the Center for Responsive Politics, Bacon has raised $2.2 million – about $700,000 more than Eastman’s $1.5 million. Eastman currently has far less cash on hand remaining with just $404,000 left compared to Bacon’s $1 million.

The race between Eastman and Bacon is rated as a “toss-up” by Inside Elections and The Cook Political Report, and “leans Republican” according to Sabato’s Crystal Ball at the University of Virginia Center for Politics.

California Gov. has a new plan for reopening businesses in the state