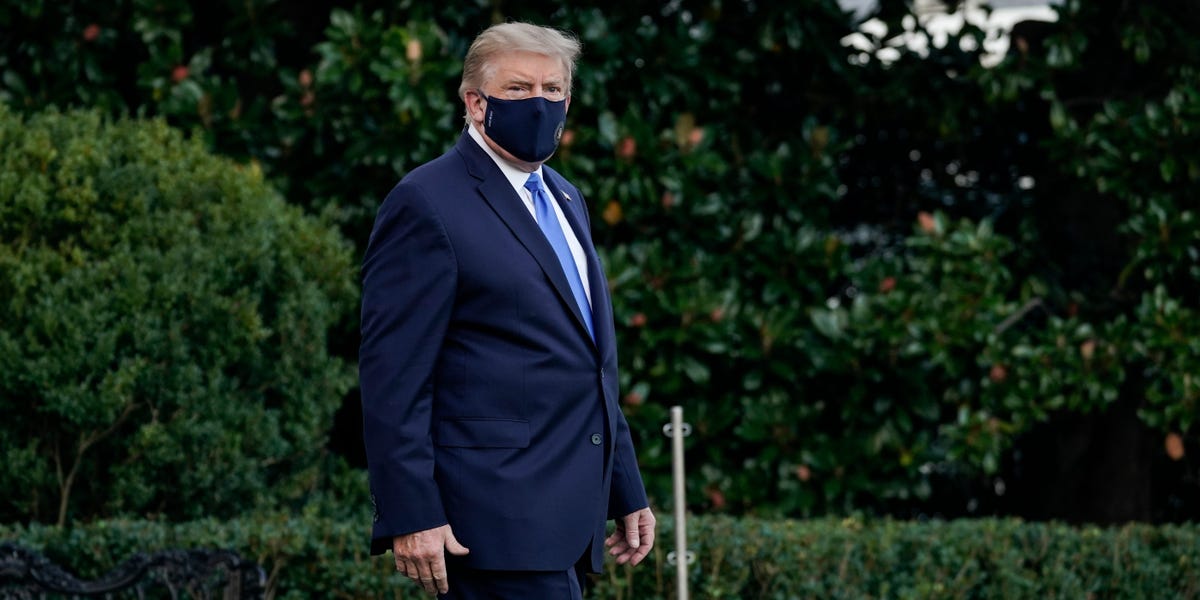 Americans are seemingly unimpressed by President Donald Trump’s efforts to avoid both contracting COVID-19 and spreading it to others, based on new polling released Monday.

Trump has spent months downplaying the threat of COVID-19 and flouting public health recommendations to prevent the spread of the virus. During the first presidential debate last Tuesday, less than a week before Trump tested positive for the virus, the president mocked former Vice President Joe Biden for routinely wearing a mask in public.

Top medical experts, including those advising Trump within the government, have consistently urged Americans to wear a mask or face-covering to mitigate the spread of COVID-19. Trump has generally rejected this advice and pushed against the notion wearing masks benefits public health amid the pandemic.

Trump was diagnosed with COVID-19 late last week, and subsequently transferred to Walter Reed Medical Center after his condition worsened.

A little over a week ago, Trump held an event in the Rose Garden to announce his Supreme Court nominee to replace Ruth Bader Ginsburg, who died in mid-September. Attendees did not social distance or wear masks, and a number have since tested positive for the virus.

Last Thursday, longtime Trump adviser Hope Hicks tested positive for the virus. Trump has faced backlash for attending a fundraiser in New Jersey on Thursday, where he was in contact with roughly 100 people, given he’d been in Hicks’ vicinity earlier in the week. White House officials have said they learned of Hicks’ diagnosis after Trump left Washington for New Jersey.

The president was also widely criticized by medical professionals on Sunday after he took a car ride near the hospital to wave at supporters who’d gathered in the area. Experts said that Trump unnecessarily put the lives of Secret Service agents at risk.

Trump is set to leave the hospital on Monday evening, though the White House physician earlier in the day cautioned that the president “may not entirely be out of the woods yet” with the virus.