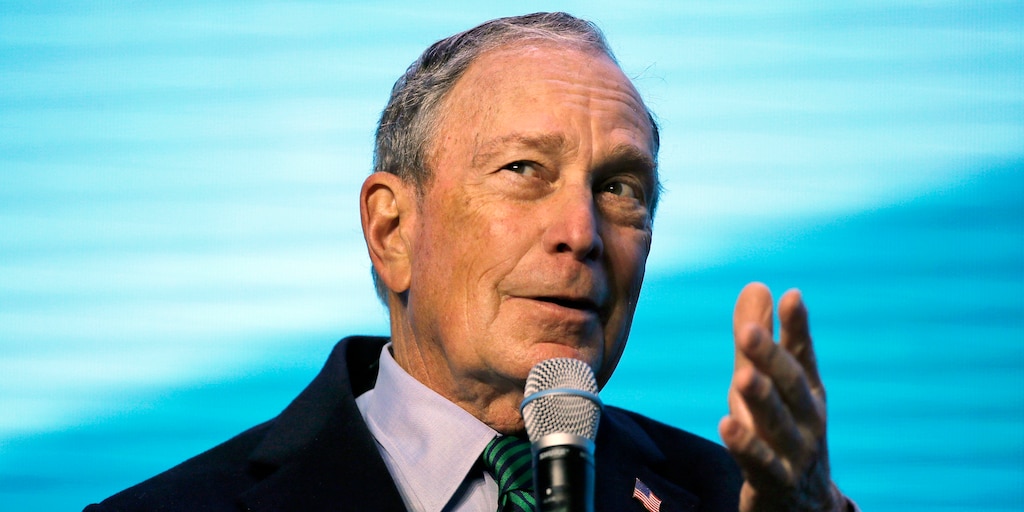 Over a decade ago as Wall Street financial giants verged on collapse, then-New York Mayor Mike Bloomberg tried diagnosing the root cause of the economic chaos.

In newly resurfaced comments during a Georgetown University forum in September 2008, he pointed a finger toward the ending of a discriminatory practice against black Americans known as “redlining.”

“It all started back when there was a lot of pressure on banks to make loans to everyone,” the billionaire Democratic presidential candidate said at the time. “Redlining, if you remember, was the term where banks took whole neighborhoods and said, ‘People in these neighborhoods are poor, they’re not going to be able to pay off their mortgages, tell your salesmen don’t go into those areas.'”

Redlining refers to a historic government-backed practice designed to segregate black Americans into separate neighborhoods and bar them from access to home loans.

He went on: “And then Congress got involved — local elected officials, as well — and said, ‘Oh that’s not fair, these people should be able to get credit.’ And once you started pushing in that direction, banks started making more and more loans where the credit of the person buying the house wasn’t as good as you would like.”

Bloomberg is accurate that risky loans helped spark the crisis, but experts have said since the crash that communities of color were often the targets of predatory lending.

“It’s been well documented that the 2008 crash was caused by unethical, predatory lending that deliberately targeted communities of color,” said Debra Gore-Mann, president and CEO of the progressive nonprofit Greenlining Institute, told the Associated Press, which first reported the remarks.

“Our communities of color and low income communities were the victims of the crash, not the cause,” Gore-Mann said.

Campaign spokesperson Stu Loeser said in a statement to Business Insider that Bloomberg sought to combat the root cause of the financial crisis during his mayoral tenure.

“As Mayor, Mike attacked predatory lending and as a philanthropist he helped other cities craft innovative strategies to reduce evictions because he knows how important it is to keep people in their homes,” Loeser said, adding Bloomberg has unveiled initiatives to increase black homeownership.

They’re the latest resurfaced remarks that have landed Bloomberg in hot water over his record on race. In another set from 2015, Bloomberg staunchly defended stop-and-frisk policing. The tactic was used disproportionately against black and Latino residents across New York City for years.

The former mayor apologized, but he continues to face mounting scrutiny as he rises in polls for the Democratic nomination. President Trump has ripped into Bloomberg in recent weeks, calling him “a total racist” on Twitter.

Hope Hicks is returning to the White House