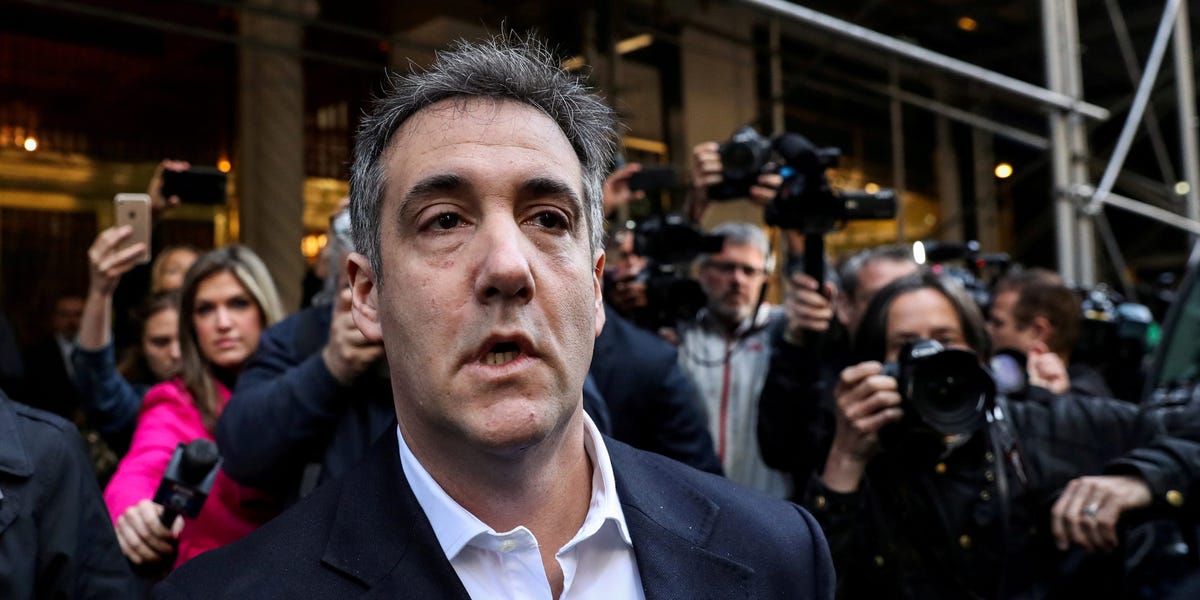 Cohen minced no words in the introduction, opening with, “The President of the United States wanted me dead.”

“Or, let me say it the way Donald Trump would: He wouldn’t mind if I was dead,” the foreword said. “That was how Trump talked. Like a mob boss, using language carefully calibrated to convey his desires and demands, while at the same time employing deliberate indirection to insulate himself and avoid actually ordering a hit on his former personal attorney, confidant, consigliere, and, at least in my heart, adopted son.”

Cohen went on to say that he was “an active and eager participant” in all of Trump’s actions spanning from his time as a real estate mogul to when he was elected president, and even after.

“From golden showers in a sex club in Vegas, to tax fraud, to deals with corrupt officials from the former Soviet Union, to catch and kill conspiracies to silence Trump’s clandestine lovers, I wasn’t just a witness to the president’s rise — I was an active and eager participant,” he wrote.

Cohen did not provide any evidence to back up his allegation about Trump and “golden showers.” He also has a long history of lying, and he’s pleaded guilty to several felony counts of making false statements to Congress, campaign finance violations, tax fraud, and bank fraud.

But his words are reminiscent of an incident outlined in the book, “Russian Roulette: The Inside Story of Putin’s War on America and the Election of Donald Trump,” which was released in 2018.

In it, authors Michael Isikoff and David Corn, both of whom are veteran investigative journalists, wrote that Trump and several others went to a Las Vegas night club called The Act on June 15, 2013. Employees at the strip club were known to perform sexual acts that sometimes involved urinating on one another.

That month, Trump met with the Azerbaijani developer and Crocus Group owner Aras Agalarov and his son, Emin, according to Isikoff and Cohen’s book. Agalarov, known as “Putin’s Builder,” signed a contract with Trump during the Miss USA pageant in Las Vegas to bring the Miss Universe pageant to Moscow that November.

Later that night, Trump had dinner with the Agalarovs and a few others. Cohen, who at the time was Trump’s fixer, and Ike Kaveladze, the US-based vice president of Crocus Group, also joined, according to the book.

It’s unclear which acts were performed the night Trump’s party allegedly visited the club. The president has denied the incident ever took place.

Cohen’s foreword was also somewhat reminiscent of the most salacious allegation in the so-called Steele dossier, a collection of explosive and unproven memos alleging a conspiracy between the Trump campaign and the Russian government, and written by the former British intelligence officer Christopher Steele.

The dossier — a raw, uncorroborated intelligence document consisting of 16 separate reports — said Trump rented the presidential suite at the Ritz-Carlton in Moscow during his trip to Russia in 2013. While staying at the hotel, the document says, Trump hired Russian prostitutes to perform sexual acts in front of him which involved urination.

The hotel is said to be monitored by Russian intelligence, and the dossier alleged that Russian authorities obtained footage of the events which they then used as leverage over Trump.

There is no evidence that the allegation in the dossier holds merit. But Emin Agalarov, who is also a Russian pop star, released a music video in 2018 trolling Trump over the allegation.