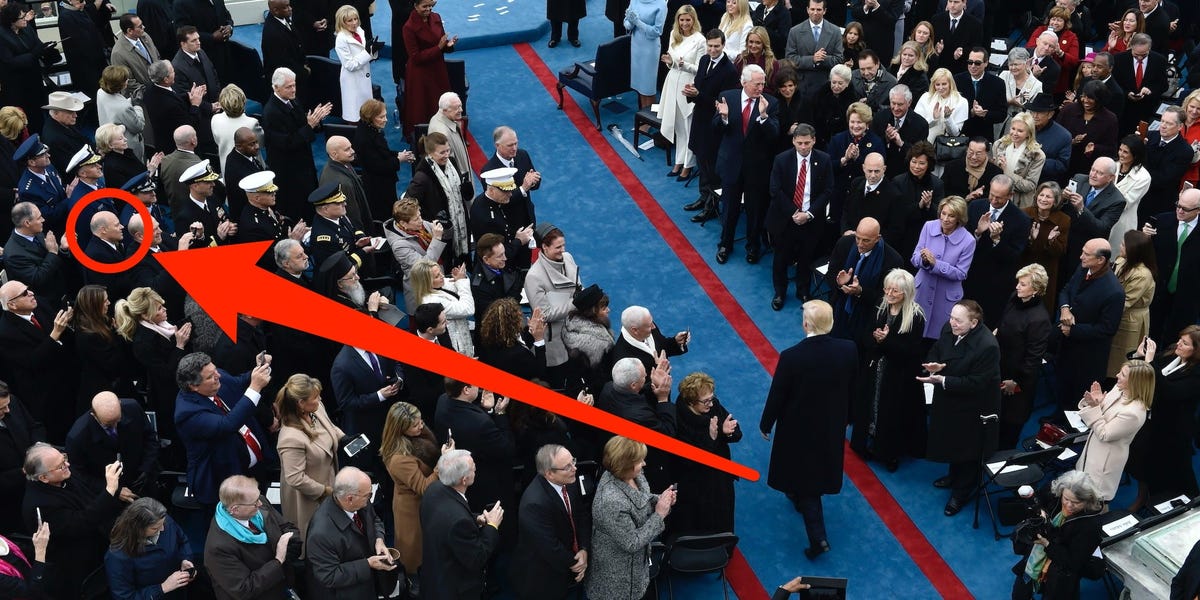 An Insider analysis of the man at the center of controversy over how the US Postal Service is handling mail-in voting during the 2020 presidential election shows Louis DeJoy and his wife, Aldona Wos, are as engrossed in Trump world as anyone can get.

The Trump era has been good for DeJoy, a retired trucking executive, and his wife, whom the president nominated in February to be the US ambassador to Canada. In all, Insider counted at least 10 instances where the couple were either awarded plum assignments or had their names floated for high-profile positions during the Trump administration.

Trump and Pence have been in North Carolina alongside DeJoy and Wos at least nine times dating back to the 2016 presidential campaign. Many instances have often passed without any notice or simply as an off-hand reference because of the president’s involvement.

Put all the pieces together, however, and a different picture emerges.

The couple have hosted Trump and Pence for fundraisers at their mansion in Greensboro, North Carolina, before and after the 2016 election. That includes an event on Trump’s 70th birthday less than five months before he’d go on to win the White House. Combined, they spent over half a million dollars in the 2016 cycle alone on races at the federal level. And nearly half of their lifetime federal-level contributions — a staggering $1.6 million — have come since Trump became president in 2017.

And it wasn’t just DeJoy donating. He encouraged employees at his former company, New Breed Logistics, to donate to Republicans and attend fundraisers on the promise that he’d reimburse them, The Washington Post reported. Reimbursing employees for political donations violates North Carolina and federal election laws. The House Oversight Committee planned to launch an inquiry into DeJoy’s fundraising, according to chairwoman Rep. Carolyn Maloney (D).

“He’s not a politician, but he might as well be one,” Trump said of DeJoy at a Charlotte, North Carolina, rally in early March, his last before the nationwide coronavirus lockdowns began. “He loves us, he loves this party, and he loves your state, lives here, Louis DeJoy, one of the most successful people.”

Here is the definitive story of how DeJoy went from a powerful but low-key North Carolina donor to the man at the center of Trump’s latest controversy.