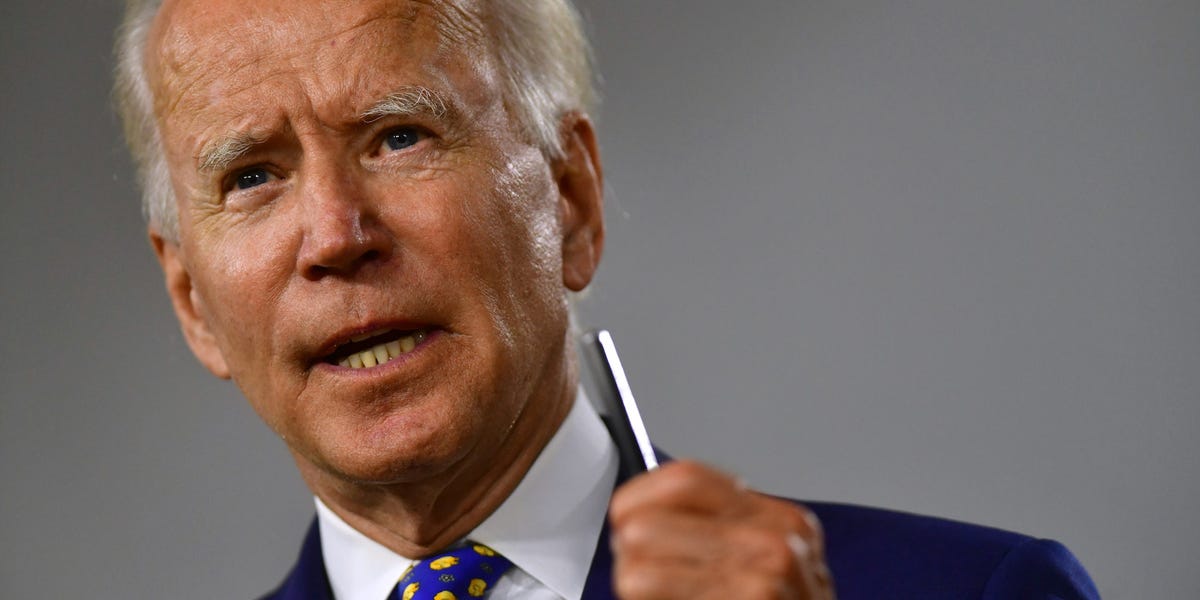 Democratic presidential candidate Joe Biden pledged in a CNN interview on Thursday to undo President Donald Trump’s corporate tax cuts on “day one” of his presidency. But it may be difficult for Biden to stick to that ambitious timeline since overhauling the tax code requires Congress to act.

Biden’s tax plan includes a partial rollback of the GOP’s tax cuts, raising it to 28% from its current level of 21%. “I’d make the changes on the corporate taxes on day one,” he said.

In the interview, he argued his proposal would help level the playing field between the wealthiest Americans and the middle class.

“Stockholders are making more money because they go out and buy back their own stock,” Biden told CNN’s Jake Tapper. “They bought back over a trillion dollars of their own stock, raising the price of the stock. That’s it — not hiring anybody else, not expanding their business, not investing in new enterprises.”

He contended it wouldn’t hurt businesses’ ability to employ more people, and the added revenue would be used to fund priorities aimed at improving people’s quality of life.

“We’ve got to get people investing,” Biden said. “So the idea that we take that money and put it into new investments in manufacturing, education, healthcare, these are the things that matter to middle-class families.”

Biden also repeated his promise to not increase taxes for Americans earning under $400,000.

The former vice president’s tax plans would raise $4 trillion in new federal revenue over a decade, according to an analysis from the Tax Policy Center. The think tank projected the corporate tax portion accounted for $1.3 trillion.

Congress must step in with legislation to overhaul the tax code. Depending on which party controls the Senate, Biden’s economic agenda may be either easier or significantly more difficult to carry out.

Republicans currently hold the upper chamber, and their continued majority next year could thwart much of Biden’s proposals before they get off the ground.

Since its passage in December 2017, Trump championed the tax cuts as “rocket fuel” for the economy. A Business Insider analysis of the tax law around its two-year anniversary found the law spurred brief bursts of growth in business investment and GDP, though not enough to pay for itself as supporters claimed it would.

Capital spending was on the downswing late last year, but stock buybacks had dramatically increased.

Biden’s remarks come as Trump increasingly tries shifting attention in the campaign towards the economy. Trump has consistently edged out Biden in polls gauging their ability to manage the economy over the summer, but that lead may be fading, The Washington Post reported.

Though the US economy has recovered more swiftly than experts had expected, the US economy still has 11 million fewer jobs compared to February, a month before the pandemic broke out. The unemployment rate also stands at 8.2%, a high figure.

On Tuesday, Biden unveiled a plan to slap penalties onto American companies that move their production and jobs overseas and then sell those products in the US.