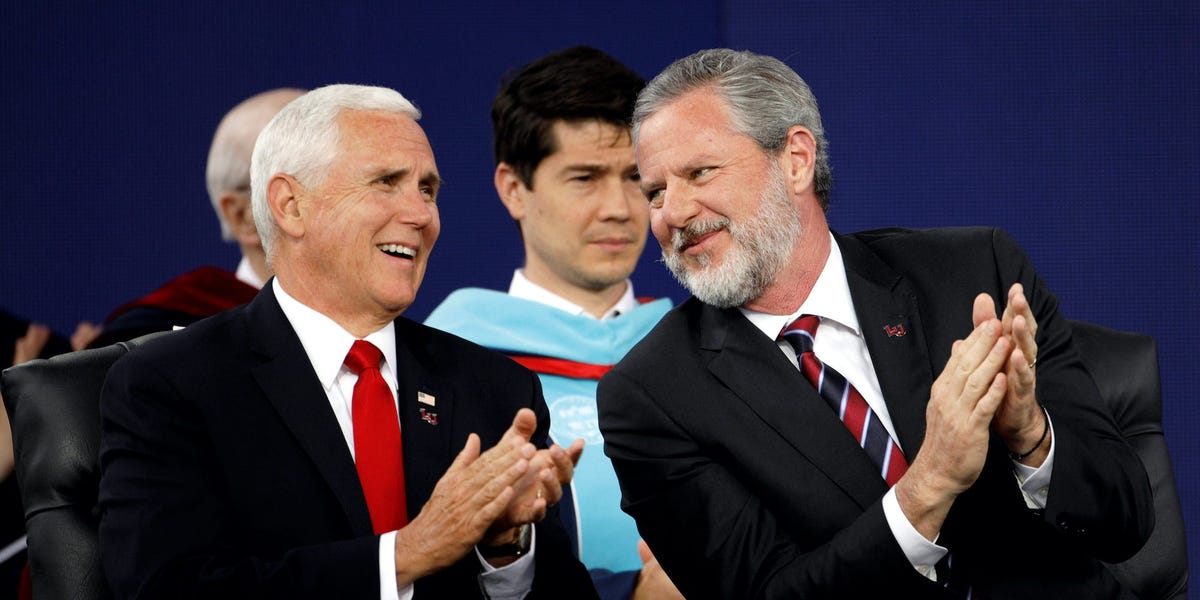 Jerry Falwell Jr., perhaps the most prominent evangelical leader in the US, is fervently denying a bombshell Reuters report that says he had a years-long sexual relationship involving his wife, Becki Falwell, and a business partner.

Giancarlo Granda, the business partner, told Reuters that that the relationship involved him having sex with Becki while Jerry looked on.

“Becki had an inappropriate personal relationship with this person, something in which I was not involved,” Falwell said in a statement to the Washington Examiner.

Michael Bowe, a lawyer for Falwell, told Reuters that the evangelical leader “categorically denies everything you indicated you intend to publish about him.”

Falwell in his statement to the Examiner accused Granda of attempting to extort him over the affair, an allegation that Granda vehemently denied.

“Any allegation of extortion is falsely, defamatory and belied by clear documentary evidence,” Granda said in an email to the Examiner.

The Falwells went into business with Granda around 2013 after buying a Miami youth hostel. A representative of the Falwell family in 2018 told BuzzFeed News that Granda, who acted as manager of the hostel, was “offered a share” the Alton Hostel.

Until recently, Falwell was best known as the president of the evangelical Liberty University, which was founded by his father, Jerry Falwell Sr. But in early August, the university announced Falwell was taking an “indefinite” leave of absence.

This came after Falwell, an early supporter of President Donald Trump, posted and deleted a photo of himself on a yacht with his pants unzipped and his arm around a woman, prompting heavy criticism.

“If you’re running the largest Christian university in America maybe don’t put photos of yourself on social media with your pants undone on a yacht — with random women in bad wigs. So gross, so hypocritical,” Meghan McCain, host of “The View,” said at the time.

Students at Liberty University are required to adhere to a strict code of conduct. “Cleanliness, neatness, appropriateness, and modesty are the general guiding factors with regard to dress,” the university states.

Falwell agreed to resign from the university on Monday, the Washington Post reported, per a school official.