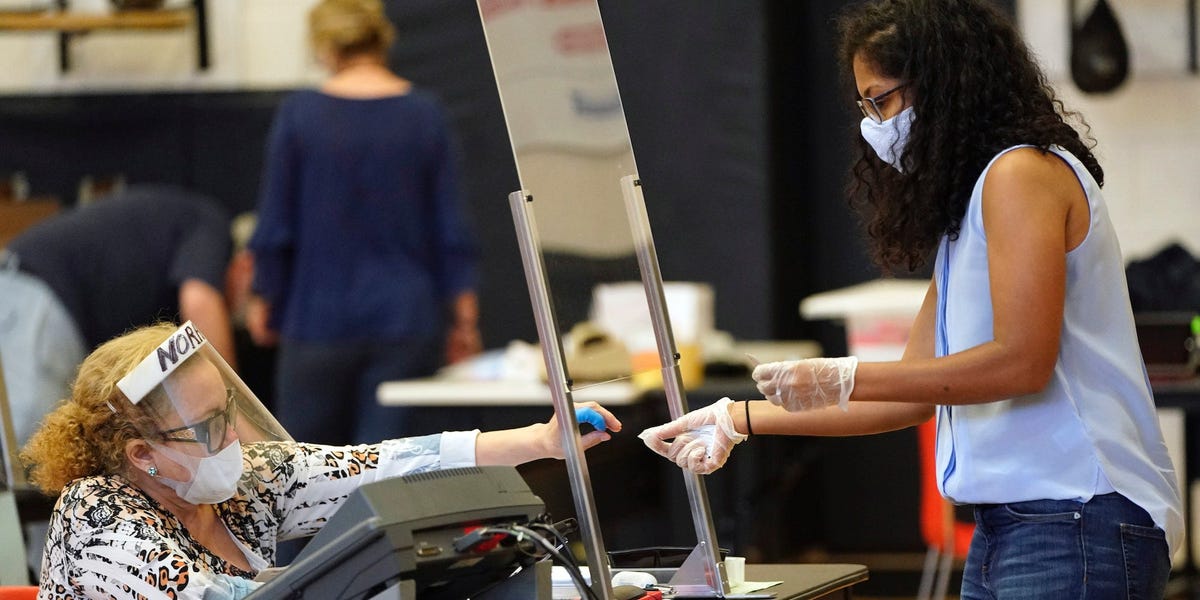 Early voting allows voters to cast a ballot in person prior to Election Day. In 2020, 41 states and the District of Columbia will hold some form of early in-person voting for the November election.

As many states have expanded early voting options over the past several years, it’s become an increasingly popular way to vote. The proportion of voters choosing to vote early has risen from 8% in the 2004 presidential election to 17% in the 2016 election, according to the US Election Assistance Commission.

Due to the COVID-19 pandemic, more voters than ever are expected to choose to vote by mail, an option available to all voters in 43 states and the District of Columbia, or early.

But mail voting can also pose additional challenges for some voters and be more inaccessible than in-person voting. Mail ballots are more prone to human error and are thus rejected at higher rates than in-person votes. And cost-cutting measures introduced at the US Postal Service have caused mail delays in some parts of the country, raising fears that some ballots may not be delivered on time, despite the Postal Service’s public commitments to prioritizing timely delivery of election mail.

By voting early, you can avoid both relying on the Postal Service to deliver your ballot on time and potentially long lines at the polls on Election Day.

If you’re voting early in person, it’s still important to keep yourself and others safe by wearing a mask, keeping a six-foot distance from others to the greatest extent possible, and washing your hands before and after voting.

There are two main types of early voting that states offer. In 2020, 25 states and Washington, DC, will hold traditional early voting at a polling place, where voters cast a ballot in person just as they would on Election Day.

An additional 15 states will allow voters to complete and submit a paper ballot at their county elections office or another designated location, a type of early voting sometimes referred to as “in-person absentee,” because the voter casts the equivalent of an absentee ballot.

Most of the states sending all or most registered voters a mail ballot will also hold limited early in-person options.

This year, Alabama, Connecticut, Delaware, Mississippi, Missouri, New Hampshire, Rhode Island, and South Carolina will not offer early voting for most voters. The Delaware state legislature passed a bill to establish early voting in 2019, but it won’t go into effect until 2022.

Keep in mind, however, that the times and dates of early voting vary from county to county in some states and may be subject to change due to the COVID-19 pandemic, so be sure to confirm the location and times to vote in your locality.

The majority of US states now require voters to show some form of identification at the polls in order to vote, meaning you should also double-check your state’s requirements for what ID you need to bring to vote.

Pennsylvania, Michigan, Minnesota, and Virginia will begin holding early voting at election offices starting as early as the week of September 14, while most other states begin their early voting periods in October.

As noted in the above chart, many states hold in-person early voting right up until the day before the election and most others end it the week before. This year, no state is set to end early voting earlier than Thursday, October 29.

Election Day, the last day to vote in the 2020 presidential election, will be Tuesday, November 3. See what times the polls open and close on Election Day in your state here.

4 states paying out Trump $300 unemployment benefit, most Americans have to wait more weeks